KATHMANDU, Sept 17: President of Shanghai Institutes for International Studies Chen Dongxiao, who is currently visiting Nepal, has said that the Belt and Road Initiative has emerged as one of the promising trans-regional cooperation frameworks for remaking of global governance in the changed international order.

"This economic and developmental initiative shares equal benefits to the countries involved on it," he said. He said that BRI has been playing huge role in remaking the global governance as the world is moving towards a new era of globalization.

"The world has witnessed the decline of the West and the rise of China in the contemporary global scenario. The new global powers don't believe in rule-following, they are actually in the process of rule-making," he said.

Chinese former diplomat Dr. Liu Youfa called for enhancing cross-border connectivity between China and Nepal under the BRI framework. He said that both the countries should give priority to enhance road connectivity for now.

"For now, let's focus on strengthening road connectivity. In the long run, we can develop railways," he said. Former Foreign Minister Ramesh Nath Pandey said that the two countries can work to promote cultural ties and people-to-people contacts. "Our geopolitical importance has increased in recent years Nepal is a gateway to South Asia for China," he said. Pandey said that the international order has changed with the rise of new global powers like China and India.

Liu Zongyi, a Chinese expert, viewed that BRI is helping to improve the livelihood of billions of people in the Eurasian continent by enhancing economies of the countries. "BRI seeks to promote economic integration between Europe and Asia," he said.

BRI, which was launched by China in 2013, has aimed at developing a trade, investment, and infrastructure network connecting Asia with Europe and Africa along the ancient Silk Road trade routes. 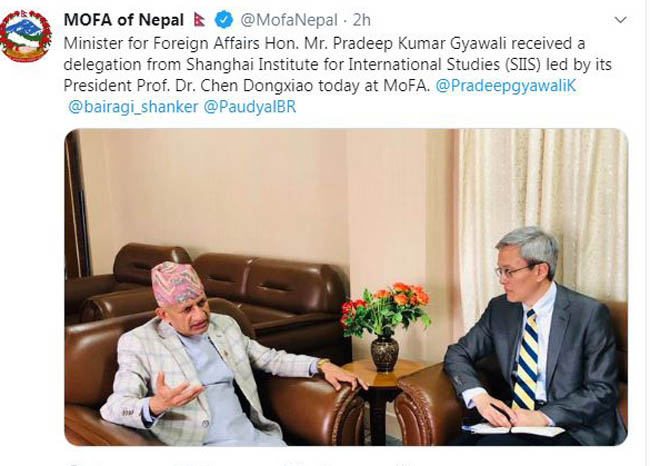 Govt struggling with recovery strategy amid looming uncertainties
7 hours ago 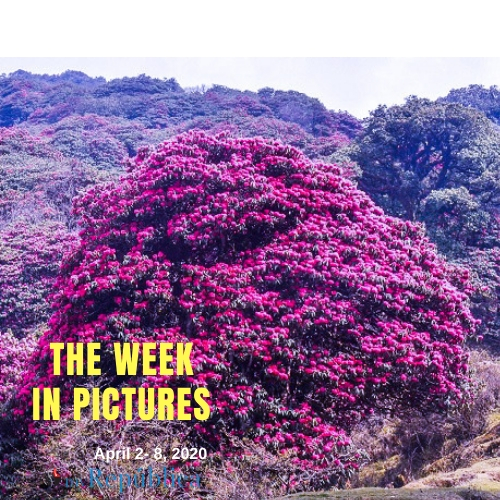 THE WEEK IN PICTURES
17 hours ago

IN PICS: Rhododendron forest remains silent amid COVID-19 lockdown in Panchthar
21 hours ago

First came a blunder retweet, and then fake news from the govt
31 minutes ago

Govt struggling with recovery strategy amid looming uncertainties
7 hours ago

Australia's tour of Bangladesh postponed due to coronavirus
20 hours ago

IN PICS: Rhododendron forest remains silent amid COVID-19 lockdown in Panchthar
21 hours ago