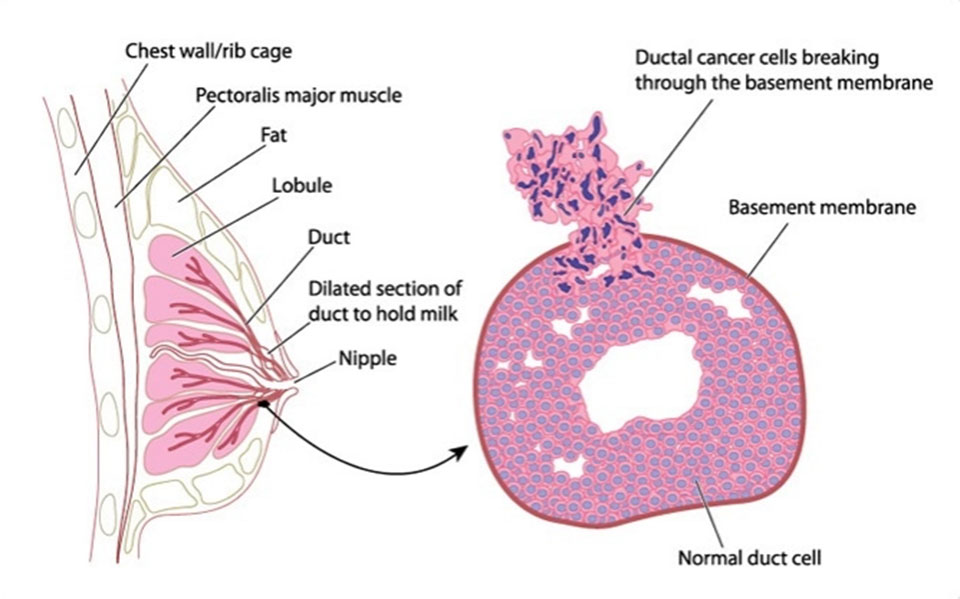 Feb 4: According to new research, women are at the highest risk of breast cancer, more than two decades after having given birth. This finding comes along with another in a separate study that reveals that breast cancers occurring after childbirth are more likely to spread compared to breast cancers in women who never had children.

There have been earlier studies and evidence that women remain protected from breast cancer after childbirth. This study refutes the earlier evidence and also shows that the duration of protection offered by childbirth against breast cancer is unknown. It was also unclear how long the risk of breast cancer lasts after first childbirth, explain the researchers.

The team of researchers from University of North Carolina Gillings School of Global Public Health, looked at 15 prospective studies that included around 900,000 women. They noted that the risk of breast cancer after first childbirth rose to its highest five years later and remained present until 24 years after childbirth. This was noted in women with both estrogen receptor (ER) positive and ER-negative breast cancers and was seen irrespective of whether the women had breastfed their babies after birth. Further, the risk was higher among women who had their first babies at the age of 35 years and above compared to women who had their first baby at 25 years or before. There was no increased risk of breast cancer among women who gave birth before 25 years, the researchers found.

The team emphasizes, that there is no reason for concern from these study findings. That is because the overall risk of getting breast cancer during childbearing age (before menopause) is low and the overall risk among women who have given birth is also low. They add that for example, among women aged between 41 and 45 years, there were only 41 more cases of breast cancer per 100,000 women who had given birth within the previous 3 to 7 years compared to women who had not given birth. By the age of 50, this number rose to 247 more cases per 100,000 women among those having given birth compared to those who had never given birth.

The study published in the latest issue of the Annals of Internal Medicine revealed that breastfeeding did not protect women against breast cancer. A study revealed that women diagnosed with a breast cancer within 10 years of child birth were twice as likely to get a cancer that could spread to other organs compared to women who had not had children. This could be due to the “wound healing process” that starts in the breast tissues after childbirth, explain the researchers.

CEO and chief cancer officer at the Cancer Institute NSW Professor David Currow said that these findings were all interesting but the general advice to reduce breast cancer risk remain the same. He said, “Pregnancy, childbirth and the immediate period that follows is a time of enormous hormonal change in a woman’s body and oestrogen is one of the potential drivers of breast cancer in some women, which is exactly what we see in these studies.” He recommended that all women aged 50 to 74 should participate in the national screening program every two years.

According to the National Cancer Institute, there are about 15.5 million cancer survivors in the United States and of these 3.5 million had breast cancer.