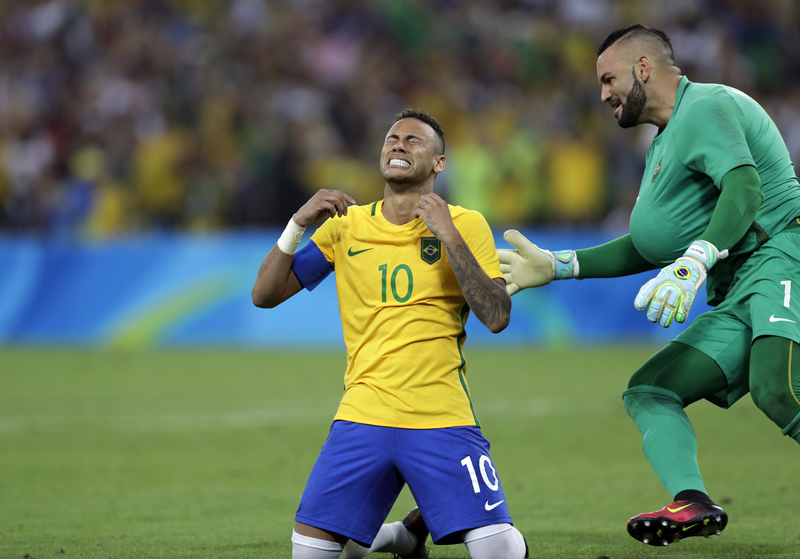 RIO DE JANEIRO, Aug 21: With a kiss of the ball and an unforgettable kick, Brazil's biggest soccer star gave the Olympic host its biggest moment of the games.

Brazil won its first Olympic gold medal in soccer Saturday with a dramatic penalty kick by Neymar to defeat Germany, sending the nation into a frenzy after a 1-1 (5-4 shootout victory).

Before the decisive shot, Neymar picked up the ball, kissed it and placed it on the penalty spot. With a stutter step and a smooth kick, he calmly sent a shot into the top corner and fell to his knees before being mobbed by his teammates.

It was a victory that was about more than soccer for a nation that desperately needed something to celebrate. Brazil had been battered by recession, political scandal, health scares over polluted water and the Zika virus and questions over whether it could pull off hosting the Olympics.

All the troubles were forgotten when Neymar's kick sailed into the net.

Jubilant celebrations broke out around Rio, reminiscent of the parties following five World Cup championships won by this soccer-mad nation. Fireworks burst over the stadium, car horns blared and fans sang and tossed beer into the air.

As the team stood atop the medal podium, gold draped around their necks, tears streamed down the faces of fans as all of Maracana Stadium joined in belting out the national anthem.

The victory comes two years after an embarrassing 7-1 home loss to Germany's senior team in the World Cup semifinals. Brazil was also coming off a demoralizing elimination in the group stage of this year's Copa America and struggled in the first round of the Olympics.

Germany, playing with a young team that looked nothing like the World Cup-winning squad, made it hard for Brazil, hitting the crossbar three times in the first half. Neymar put Brazil ahead 1-0 with a superb free kick in the 26th minute — and Usain Bolt celebrated along with the raucous crowd. Neymar paid tribute to the fastest man in the world by flashing the Jamaican nine-time gold medalist's "To the World" pose.

Germany tied it with a goal in the 59th minute by captain Maximilian Meyer, and neither team came close the rest of regulation and two extra periods of play.

After the teams traded four tense goals during the shootout — both sides lining up arm-in-arm for each attempt, barely able to watch — Brazilian goalkeeper Weverton stopped Nils Petersen's shot from the spot. As if scripted, that set up Neymar with a chance to win gold for Brazil with one kick.

The greatest soccer player of this generation of Brazil's stars, Neymar calmly seized this moment.

"I don't have words to say anything," Neymar said later, sobbing. "I can't describe my feelings right now. I just want to thank my teammates, my friends and my family, who have been by my side during the most difficult moments. It wasn't easy. I don't know what else to say, I'm just really happy."

The men's soccer tournament attracted most of the attention of Brazilian fans at the Olympics. The Brazilian football federation took the Olympic tournament as seriously as ever, bringing Neymar and many talented youngsters that are expected to be in the main squad in the 2018 World Cup in Russia. Neymar skipped the Copa America to try to give the hosts elusive Olympic gold, and

Brazil had lost three Olympic finals, including four years ago in London, when it was upset by Mexico 2-1 with a team that also included Neymar and other talented players. Brazil won the bronze two times.

Brazil arrived as the main title-favorite but struggled in the beginning, being held to scoreless draws against South Africa and Iraq and becoming in danger of failing to advance past the group stage.

Germany had its chances but couldn't capitalize on them. Julian Brandt's right-footed shot from outside the area struck the crossbar, a deflected cross into the area bounced off the woodwork, and a header exploded off the crossbar again. Weverton was also forced to make a difficult stop in a close range shot off a corner kick.

"This restores our self-esteem," Brazil coach Rogerio Micale said. "We see that not all was lost, our football is still alive. There are some things that need to be fixed, but today we were able to make our people happy."

The entire nation came to a standstill as people gathered to watch the game, erupting in cheers as Neymar clinched the gold.

"Now the respect is back," said fan Guilherme Junior. "Now we can aim high again." 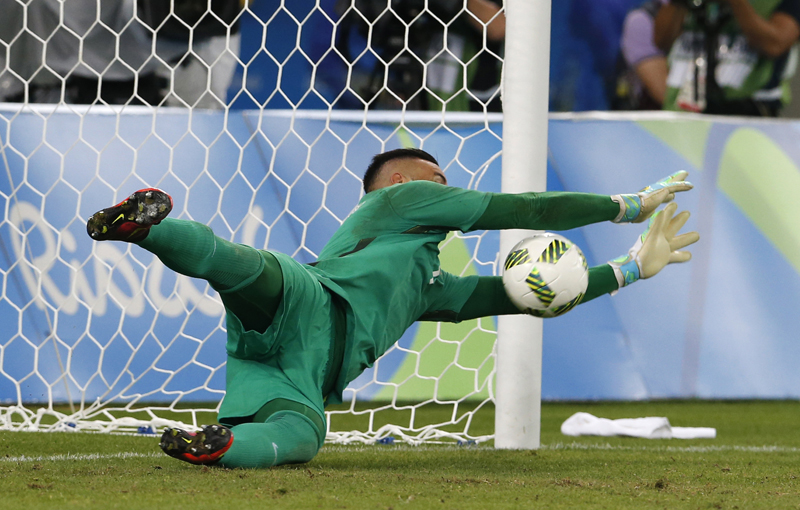 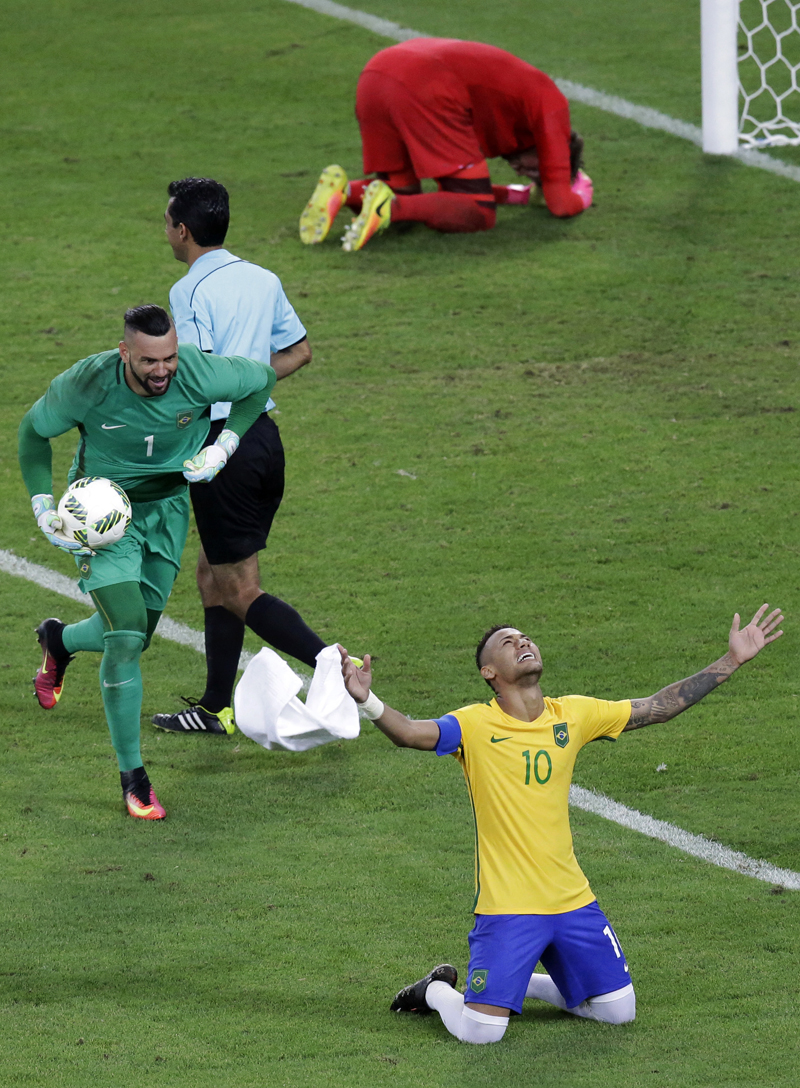 KATHMANDU, Oct 28: The sixth Asia Pacific Conference of Young Scientists (APCYS 2017) is being held from November 1 in Kathmandu. Read More...