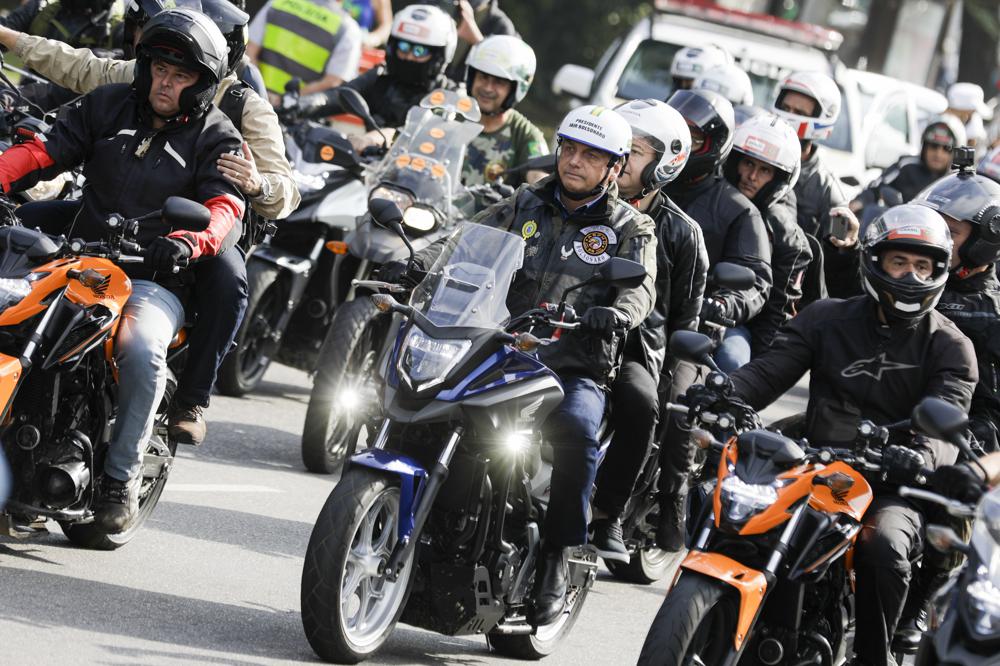 SAO PAULO, June 13: Brazil’s President Jair Bolsonaro led a throng of motorcyclist supporters through the streets of Sao Paulo on Saturday and got hit with a fine for failure to wear a mask.

Sao Paulo’s state government press office said a fine — equivalent to about $110 — would be imposed for violation of a rule that has required masks in public places since May 2020.

Bolsonaro’s office did not immediately respond to a request for comment. Bolsonaro, who tested positivie for the coronavirus last year, also was fined for failure to wear a mask during a rally with supporters in May in the northeastern state of Maranhao.

The conservative president waved to the crowd from his motorcycle and later spoke from atop a sound truck to helmeted but largely maskless backers. They cheered and chanted while he insisted that masks were useless for those already vaccinated — an assertion disputed by most public health experts.

Vaccines are designed chiefly to protect recipients from getting sick, not necessarily from being infected. While studies show many vaccines reduce viral load and likely spread, not all varieties have been fully studied.

Less than 12% of Brazil’s population has received both doses of a COVID-19 vaccine, according to the Ministry of Health.

RIO DE JANEIRO, Aug 5: A masked Rio de Janeiro inmate dressed as a woman tried to break out of a... Read More...

JEDDAH, Oct 17:  A stoppage-time goal from Miranda gave Brazil a 1-0 win over South American rivals Argentina in a... Read More...

Brazil has already traveled a long way under our government. We have achieved a great deal ... Read More...

More than half of bottled drinking water is unfit for consumption: Govt report
18 hours ago

Infection rate in Nepal reaches 23.62 percent, experts warn it as a indication of the third wave
15 hours ago

Lack of vaccination, tests creates room for variants in Nepal
10 hours ago

Infection rate in Nepal reaches 23.62 percent, experts warn it as a indication of the third wave
15 hours ago