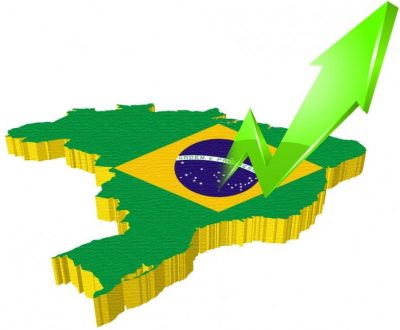 The author is the President of Federative Republic of Brazil.
news@myrepublica.com

We have turned the page of economic crisis in Brazil because we were able to say no to populism and acted responsibly. Moved by a long-term vision, our government has been building, through a permanent dialogue with the National Congress and the society, the foundations of an efficient state, which provides its citizens with quality services within a balanced budget. These also constitute the foundations for sustainable growth, indispensable to advance development of Brazil and effectively lift millions of Brazilians out of poverty.

In a little less than a year and a half, in practical terms we have corroborated our commitment to fiscal balance. The results are here. Inflation has fallen and it is once again under control. The exchange rate has been stabilized.  The interest rates have shrunk to their lowest historical levels.  It was with achievements and not voluntarism that we succeeded in restoring the confidence in Brazilian economy—confidence which has already reflected in increasing industrial activity, vitality of foreign trade and renewed job creation.

The investor who observes Brazil today is able to see a government working with precise diagnostic, applying solutions which actually work. They will note that it is an administration engaged in making the business environment ever more dynamic.  Everywhere, we have been removing bureaucratic obstacles, which used to obstruct the pathways for entrepreneurs. It has become easier to start a business, import and export.

The modernization of employment law, which has already come into force, is a particularly relevant milestone in our efforts to tune Brazil into the realities of the current economy, without affecting workers’ rights. On our horizon, a tax simplification is still to come in order to make tax payments swift and rational.  In all of those actions, the trend heralds a Brazil where there is an ever increasing economic freedom.

Public accounts in good order and a competitive private sector are essential for sustainable growth as much as quality infrastructure, consonant with vast economic potential of our country. That is why I will be presenting various opportunities of Advancing Partnerships Program (‘Avançar, Parcerias’), comprising Federal Government concessions and privatizations. The model which we have instituted offers clearly defined and stable rules, assuring legal security. It is not by chance that it has been attracting attention throughout the world.  To date, we have completed over 70 projects including roads, ports, airports, power transmission lines, gas and oil fields. Investments have been estimated at R$ 142 billion. In 2018, there will be another 75 project proposals, including railways, attracting over R$ 130 billion.

The reform will strengthen credibility of the economy, enabling it to join an enduring growth cycle.

Rising up
The changes Brazil has been undergoing have prepared the country for the 21st century challenges. In the foreign area, we have acted in the spirit of openness, considering that it is fallacious to think that there can be development in an environment of a closed economy in the current world. Our endeavor in achieving more and better integration begins in our region, in the Mercosul. Jointly with all of the other partners, Brazil has been setting in motion a program, which advances free markets as one of its key pillars. In addition to removing inter-block trade barriers, we have been fostering a rapprochement with the countries of Pacific Alliance.
For the first time in 20 years, we have a realistic perspective to conclude Mercosul-European Union trade agreement—an agreement which we wish to be wide-ranging and balanced, and which is truly able to cater to the interests of Brazilian society. In addition, we have been opening new negotiation fronts with partners from a variety of quarters.
Brazil has already traveled a long way under our government. We have achieved a great deal, always on the basis of dialogue, the raw material of democracy, with a genuine disposition too, aimed at bringing alignments closer together and articulating efficient solutions for the needs of the country.

Social security reform
The challenge which remains now is social security reform. I am committed for a fair and sustainable social security system able to correlate with demographic evolution. This is the system that transfers income to those who have less from those who need it the least. The reform will abolish privileges and will ensure the payments of all current and future pensions.  It will reinforce the credibility of the Brazilian economy enabling it to join a lasting growth cycle.

I am left without any doubt that all challenges will be overcome and common good will prevail.

Brazil is a great country with assets of all sorts. It is a consumer market with over 200 million people, with abundant natural resources.  Our people are creative and hard-working. We have got a diversified industry, a highly productive agriculture. Our energy matrix is one of the cleanest in the world.  We are a country with continental dimensions, located far from geopolitical tensions. This has made Brazil an attractive destination for investors. In recent times, the country had somewhat lost its bearings.

But our government has brought Brazil back on course—the course of responsibility, openness and freedom. We will not deviate from this course.

The author is the President of Federative Republic of Brazil.