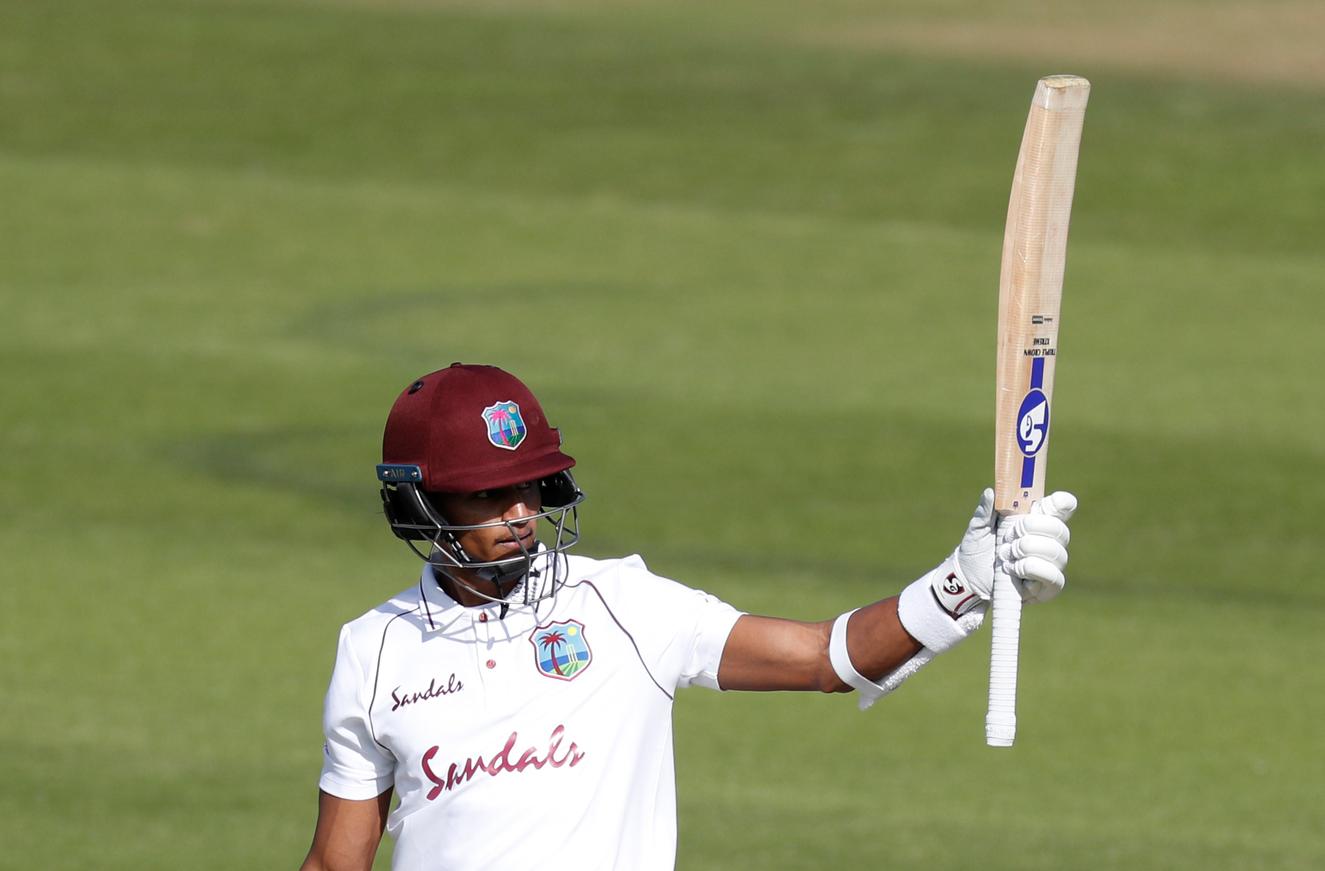 SOUTHAMPTON, ENGLAND, July 11: West Indies hold a commanding 99-run lead over England at the end of a fascinating third day of the first test on Friday after posting 318 in their first innings at the Ageas Bowl in Southampton.

In response, England openers Dom Sibley and Rory Burns saw off fiery spells from West Indies pacers Shannon Gabriel and Kemar Roach to guide the hosts to 15-0 in their second innings at stumps.

The tourists hold the upper hand but England were pleased to survive that tricky late session without loss and know they need a strong performancen with the bat on Saturday.

“We’re certainly behind at the moment, we have a lot of work to do to get back into the game,” said opening bowler James Anderson, who ended with figures of three for 62.

“We have to bat the whole day tomorrow and get a decent lead to give us any chance of winning the game,” he told the BBC.

“I thought we bowled well in patches but not our overall best as a unit. You can expect some rustiness first game back but we didn’t put enough pressure on them for long enough during the day.”

Roston Chase and Shane Dowrich stitched together an 81-run partnership to give the visitors control of the match before Chase was trapped lbw by Anderson for 47, with the on-field umpire’s not out decision overturned on review.

West Indies skipper Jason Holder was dismissed by England captain Ben Stokes for five before Alzarri Joseph departed for a quickfire 18 with his stumps sent cartwheeling by Stokes for his 150th test wicket.

Earlier in the day, opener Kraigg Brathwaite’s 65 laid the foundations for the tourists.

Resuming on 57 for one, Brathwaite and Shai Hope made steady progress for the first hour, but Hope was fortunate that a plumb lbw to Archer was overturned when the review found that the England paceman had no-balled.

Hope departed not long after, however, when he attempted to drive off-spinner Dom Bess, edging straight to Stokes at first slip for 16.

Brathwaite’s 125 ball, 184 minutes innings ended when he was ruled lbw to Stokes with the umpire’s decision standing after a review despite the West Indian being struck high on the pads.

Shamarh Brooks struck six boundaries in his lively 39 from 71 balls before he edged to Buttler off Anderson with his review unsuccessful.

Jermaine Blackwood made only 12 runs before his poor attempted drive off Bess went straight to Anderson at mid-off to leave West Indies at 186 for five before Dowrich and Chase consolidated.

England were bowled out for 204 on Thursday with Holder taking a career best six for 42.

The test is the first international cricket match after a 117-day absence because of the COVID-19 pandemic.

The three-match series is being played without fans in a “bio-secure environment” with daily health checks, home umpires and a ban on shining the ball with saliva.