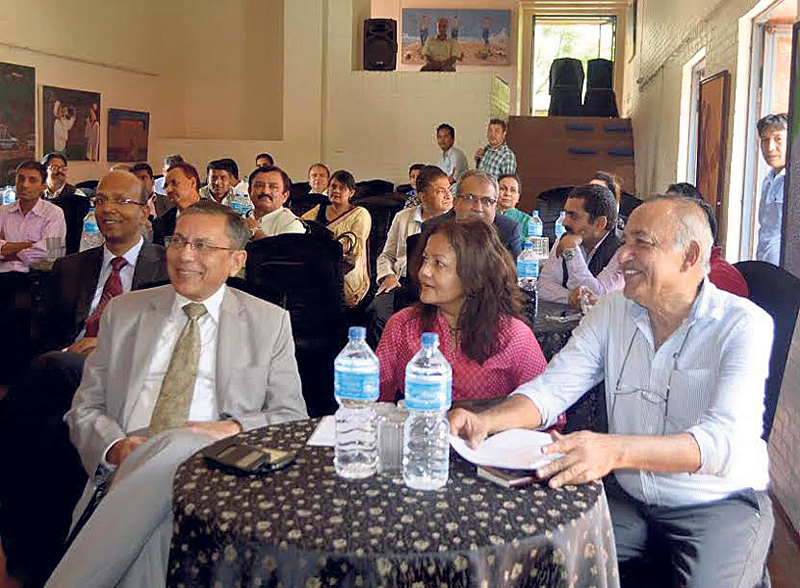 BPKF was established in December 1991 and it has played a seminal role in fostering friendships between the two countries.

“We have been trying to reach out to people of Nepal via cultural and organizational activities since the last two decades. It is our immense pleasure to witness the genesis of these two projects as I believe it will further strengthen the ties between the people of Nepal and India,” said ambassador Rae.

The new website has a sleek design and feature images and details with an interactive that captivates the visitors. And the journal has all the information about the activities undertaken by different wings of the Indian embassy.

“I believe that the website and the newsletter will remove the misunderstandings that have arisen between the two neighboring nations recently,” added ambassador Rae.

The newsletter will also be published in Nepali language in the near future. Ruby Jaspreet Sharma, secretary of BPKF, announced two new upcoming programs --‘Heritage Walk’ and ‘Kidmandu’-- which will be organized by the foundation.

KATHMANDU, June 25: Civil Bank Ltd has launched its smart website which can be easily operated from both mobile devices... Read More...

KATHMANDU, May 21: Nepal Tourism Board (NTB) has launched its website in Chinese language in a bid to attract Chinese... Read More...