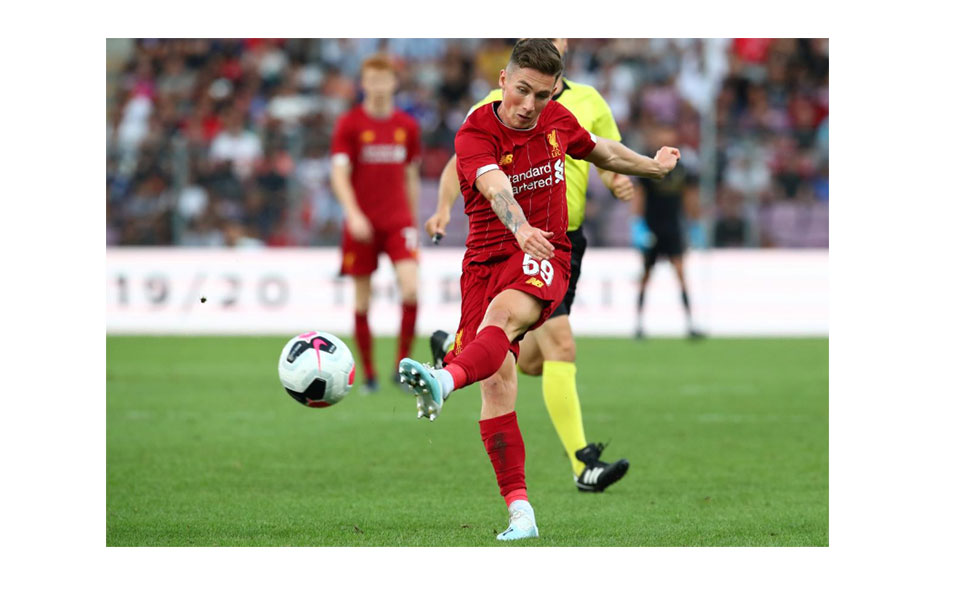 Wilson, who came through the ranks at Anfield and can play wide or centrally, scored 17 goals in 46 games on loan at Derby County last season as they reached the Championship playoff final.

He is Bournemouth manager Eddie Howe’s fifth signing of the close season.

The highly-rated Wilson, who made his Liverpool debut in an FA Cup tie at Plymouth in January 2017, has also had loan spells at Crewe Alexandra and Hull City as well as Derby.

"When Liverpool informed me it was a possibility to come here I was keen to get it sorted. I want to play Premier League football and with a great team like Bournemouth," he was quoted as telling afcbtv on the club's website here

“With the style of play that Bournemouth are likely to play I feel that I can fit right in and help the team a lot.”

Wilson, who signed a new long-term contract at Liverpool in July 2018, has played in all of Liverpool’s seven pre-season games, scoring against Borussia Dortmund and Olympique Lyonnais.

“We have had to work hard to secure this deal but believe Harry can add further quality to our attacking options,” said Bournemouth chief executive Neill Blake.

“This has been a really positive window for the club and further demonstrates the board’s desire to keep this club progressing.”