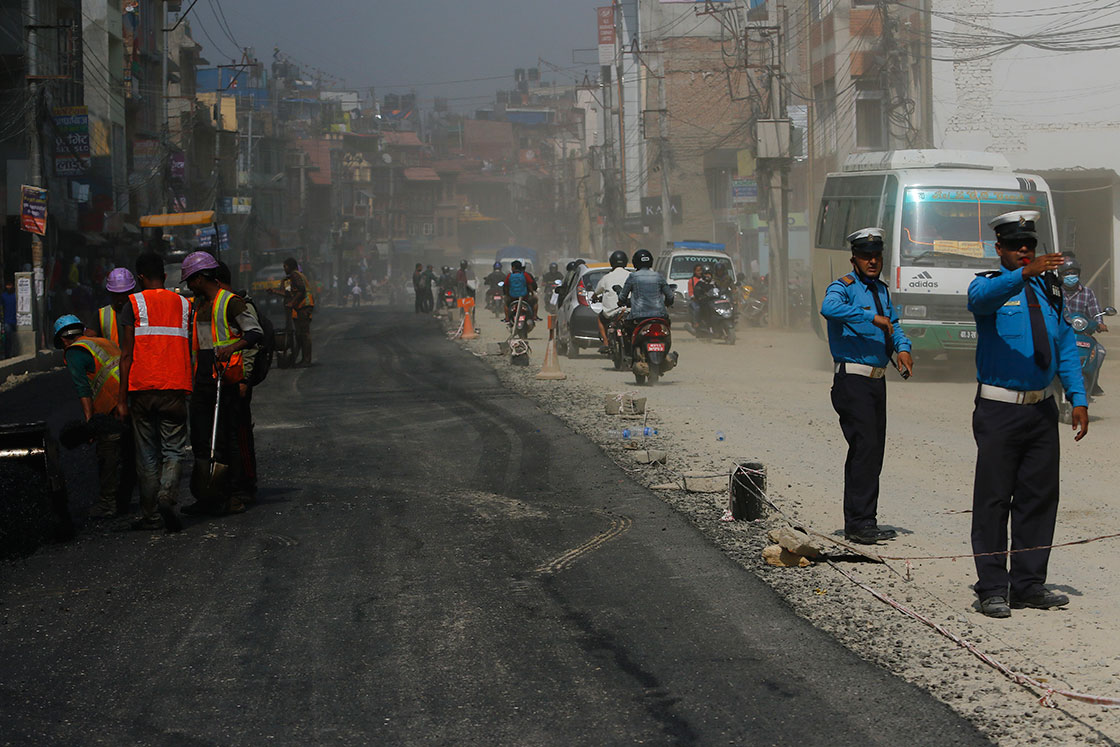 KATHMANDU, May 23: Locals have warned of re-launching agitation, saying the construction company has not carried out blacktopping of Bouddha-Jorpati road section as per the six-point agreement.

Chairperson of Bouddha Trade Association, Deepak Chaulagain said that though the road up to Bouddha Gate has been blacktopped, the construction company is making lingering to blacktop the road from Bouddha to Jorpati. As per the agreement signed on May 9, the construction company had agreed to carry out all the works, to be carried out before blacktopping the road from Bouddha to Jorpati , from May 10.

The six-point agreement was signed between the locals and construction company after locals obstructed road along Bouddha-Jorpati section demanding road construction.

The Bouddha Trade Association and locals asked the construction company, United Builders, time and again to forward the works related to blacktopping of the rod section immediately as per the agreement.

A team comprising Bouddha Trade Association, locals and youths today reached the office of the United Builders and drew its attention to carry out works as per the agreement.

A local Binita Koirala said that they would launch the agitation again if the construction company does not blacktop the road from Tusal to Bouddha. Chief of the construction company, Shakunta Lal Hirachan had signed the agreement in order to blacktop road up to Jorpati, repair the drinking water pipe line, damaged in course of blacktopping the road, and to construct sewerage.

KATHMANDU, May 10: Bauddha area in the capital turned into a battleground Thursday after police baton-charged the agitating locals who... Read More...

BHAKTAPUR, Nov 15: The locals of Nagarkot have initiated “Save Nagarkot Campaign” to protest against the local government's decision to... Read More...