Books to get you started on philosophy


Ah, philosophy! Many of us know how important and revolutionary the genre of philosophy is but we are afraid of its complexity (fearing we’ll never understand it) and thus, rarely jump into the subject. To tell a novice philosophy reader to jump into the essays of Immanuel Kant or Jean-Paul Sartre would most likely mean they would never venture into philosophy ever again and so it’s important to start slow and, for that, philosophical fiction is the way to go. This way one can follow a story all the while being introduced to the mind-boggling world of philosophy. Here are five books that we recommend. 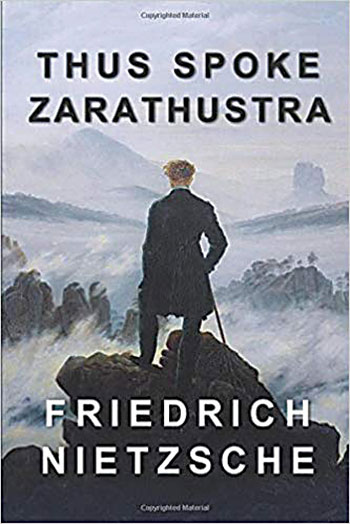 Thus Spoke Zarathustra, Friedrich Nietzsche
Published between 1883 to 1885, Thus Spoke Zarathustra is a novel about Zarathustra—a sage and a prophet who has a great love of humanity. He leaves the solitude of his mountain home to teach others the great truth he has discovered: the truth of the overman or Der Ubermensch which says that a person should have his own values and be independent of others. He famously claims “God is dead and we have killed him”. But as expected, the people seem not to understand Zarathustra, and not to be interested in the ideas of the overman. Nietzsche constructed one of the most original and radical philosophies in all its history. In this book, he incorporates brilliant ideas about living, striving to become Der Ubermensch and the path to release oneself from religious chains.

The Stranger, Albert Camus
The Stranger is a 1942 novel by French author Albert Camus. Its theme and outlook are often cited as examples of Camus’s philosophy of the absurd and existentialism (though Camus personally didn’t agree with the existensialists). The novel follows the title character Meursault, a seemingly emotionless and indifferent French Algerian. In the novel, he attends his mother’s funeral and after a few days, he kills an Arab man in French Algiers, who was involved in a conflict with a friend. Meursault is tried and sentenced to death for the murder. And like this, the story folds on into an intense battle between Mersualt’s conscience and its difference from the people around him. The story is divided into two parts, presenting Meursault’s first-person narrative view before and after the murder. In Camus’ own words, “I summarized The Stranger a long time ago, with a remark I admit was highly paradoxical: In our society, any man who does not weep at his mother’s funeral runs the risk of being sentenced to death.”

Siddartha, Herman Hesse
Siddhartha is a novel by Hermann Hesse that deals with the spiritual journey of self-discovery of a man named Siddhartha who goes on to become the Gautama Buddha. Siddhartha is the handsome and respected son of a Brahmin who lives with his father in ancient India. Everyone in the village expects Siddhartha to be a successful Brahmin like his father and Siddhartha enjoys a near-idyllic existence with his best friend, Govinda. But, deep down, he is secretly dissatisfied. He performs all the rituals of religion, and he does what religion says should bring him happiness and peace. Nonetheless, he feels like something is missing. The book, Hesse’s ninth novel, was written in German, in a simple, lyrical style. Siddartha can help readers shift their focus from worries of the future to the beauty of the present moment. This book has the ability to put one in a state of calmness, all the while  making you question your perspective on many things in life.

Crime and Punishment, Fyodor Dostoyevsky
Published in 1886 and written by the Russian author Fyodor Dostoyevsky,
Crime and Punishment focuses on the mental anguish and moral dilemmas of Rodion Raskolnikov, an impoverished ex-student in Saint Petersburg who formulates a plan to kill an unscrupulous pawnbroker for money. The entire novel centers upon his attempts to come to terms with the philosophical and psychological consequences of his act. The books also majorly address the idea of alienation. Before committing the crime, Raskolnikov sees other people as tools and uses them. However, after committing the murders, his isolation grows because of his intense guilt and he even becomes delirious. Anyone up for a psychological drama and nihilistic arguments about life will enjoy this book. Moreover, this book helps you understand the philosophy behind matters like crimes and punishments, poverty, etc.

The Trial, Franz Kafka
Franz Kafka is to literature what Van Gogh was to art. Kafka never published any of his works during his lifetime and only found fame after his death when his friend refused to burn his writings (under Kafka’s orders) and got it published instead. And thanks to that, the world got acquainted with masterpieces like The Trial and The Metamorphosis. The Trial was written by Kafka between 1914 and 1915 and was published posthumously in 1925. Like Kafka’s other novels, The Trial was never completed, although it does include a chapter that appears to bring the story to an intentionally abrupt ending. The novel tells the story of Josef K., a man arrested and prosecuted by a remote, inaccessible authority, with the nature of his crime revealed neither to him nor to the reader. The book helps the reader reflect on the ideas of guilt, authority, and judgment which are all burning topics in philosophy.

Youth: an unchanged philosophy of change

Topping the courage of Doubtfulness, and trust Who dares to separate and mingle,    Experiments and unwraps self ... Read More...

Truth is a process

If the only thing that is constant is change, then where does that leave a concept like ‘truth’ that is... Read More...