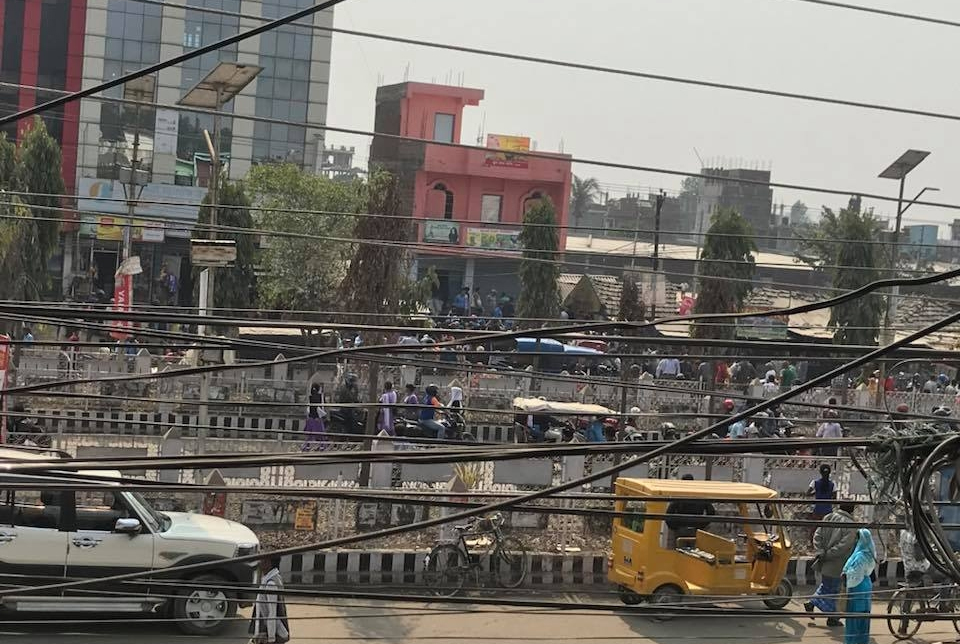 LAHAN, Feb 22:  The proprietor of Shuva Lav General Store at Sahid Chowk,  Lahan was injured after a pressure cooker bomb exploded in his shop today.

Citing injured Agrawal, DSP Chand said, “The bomb exploded after a rebel disguised as customer left his bag in the shop.”

The pamphlets of Tarai Janamukti Morcha (Revolutionary), a rebel group led by Jaya Krishna Goit was found at the spot.  The store was totally damaged, informed DSP Chand.

The bomb exploded close to the Armed Police Force and Nepal Police beat in the district headquarter.  Police are investigating the case. On December 22, 2017, a bomb had exploded in the Land Revenue Office.