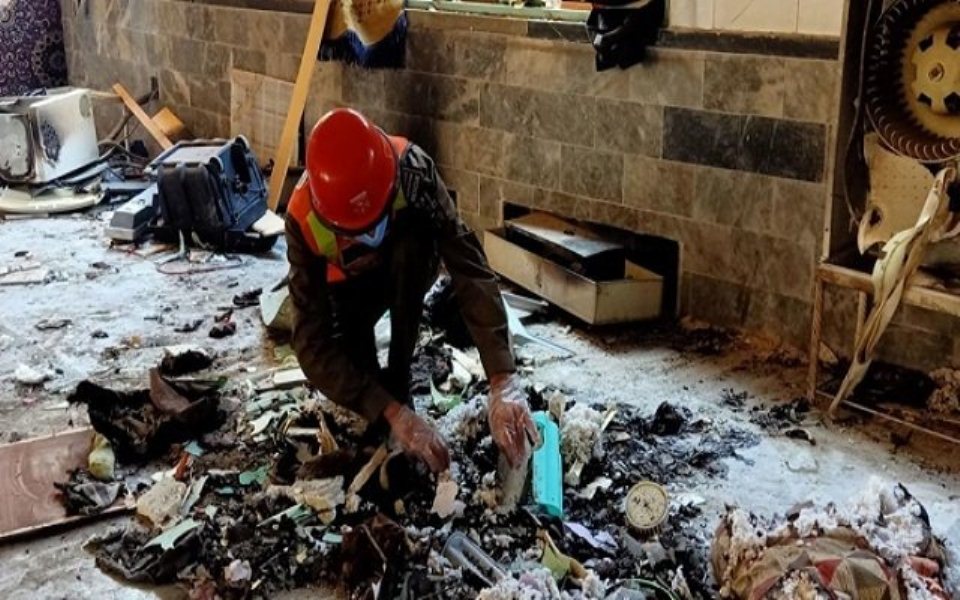 A rescue worker examines the site of the explosion. Photo: Agencies

PESHAWAR, Pakistan, Oct 27: A powerful bomb blast ripped through an Islamic seminary on the outskirts of the northwest Pakistani city of Peshawar on Tuesday morning, killing at least seven children and wounding 70 others, police and a hospital spokesman said.

The bombing happened while a cleric was delivering a lecture about the teachings of Islam at the main hall of the Jamia Zubairia madrassa, said police officer Waqar Azim. He said initial investigations suggest the bomb went off minutes after someone left a bag at the madrassa.

Several of the wounded were in critical condition, and hospital authorities feared the death toll could climb further.

Peshawar is the provincial capital of Pakistan’s Khyber Pakhtunkhwa province bordering Afghanistan. The province has been the scene of such militant attacks in recent years, but sectarian violence has also killed or wounded people at mosques or seminaries across Pakistan.

The latest attack comes two days after a bombing in the southwestern city of Quetta killed three people.

MAIDUGURI, Jan 7: At least 30 people were killed in the northeastern Nigerian state of Borno after an improvised explosive... Read More...