Boeing's 737 production cut hits its shares and those of suppliers 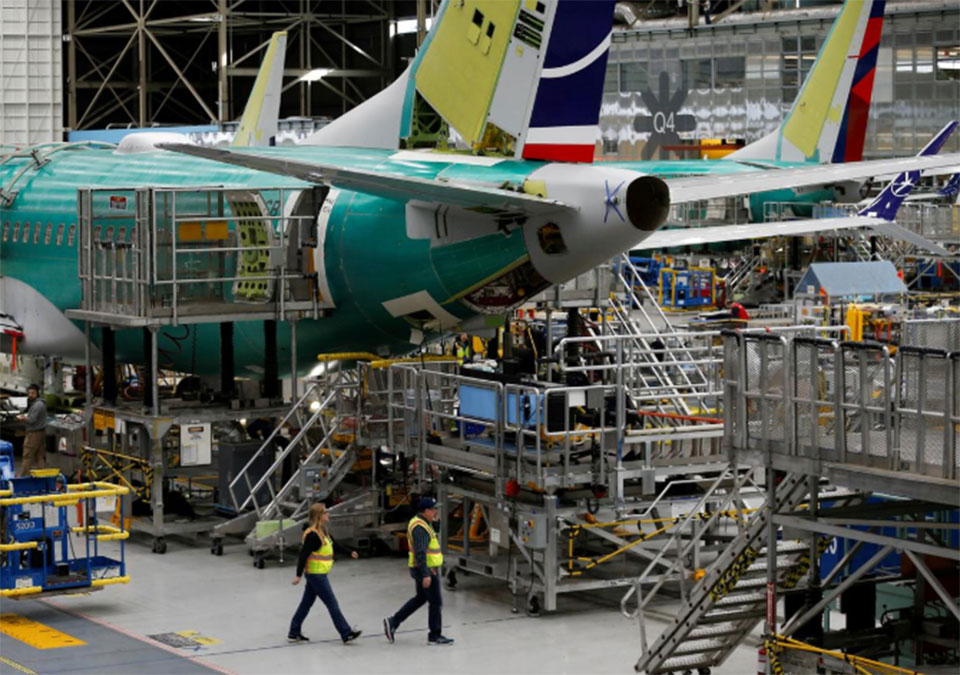 FILE PHOTO: Employees walk by the end of a 737 Max aircraft at the Boeing factory in Renton, Washington, U.S., March 27, 2019. REUTERS/Lindsey Wasson/File Photo

PARIS, April 8: Boeing’s decision to cut production of its 737 aircraft hit the shares of its suppliers on Monday, while its own shares were lower in U.S. pre-market trading.

Boeing Co said late on Friday it planned to cut its monthly 737 aircraft production by nearly 20 percent after two deadly crashes, signaling it does not expect aviation authorities to allow the plane back in the air any time soon.

Boeing’s decision knocked the shares of aerospace groups involved in the 737, with Meggitt, Melrose and Safran all falling by between 1 percent and 2.5 percent.

Boeing’s shares were down by around 2.7 percent in pre-market trading, while its woes lifted shares of European arch rival Airbus by around 1 percent.

“If the lower rate endures through September 2019, the potential loss of revenue to Meggitt is $8.525 million, perhaps somewhat more as we figure the monthly 737 MAX production rate was likely to rise toward 57 per month through 2019,” wrote analysts at brokerage Jefferies.

For a graphic on Suppliers after second Boeing crash, see - tmsnrt.rs/2DeeqXZ

Deliveries of Boeing’s best-selling aircraft were frozen after a global grounding of the narrowbody model following the crash of an Ethiopian Airlines jet on March 10, which killed all 157 people onboard.

Production will be cut to 42 airplanes per month from 52 starting in mid-April, the company said in a statement, without giving an end date.

Investment bank Cowen said Boeing’s decision to cut the production of the 737 was the right thing to do.

For a graphic on Boeing shares after second fatal crash, see - tmsnrt.rs/2D4i2vp 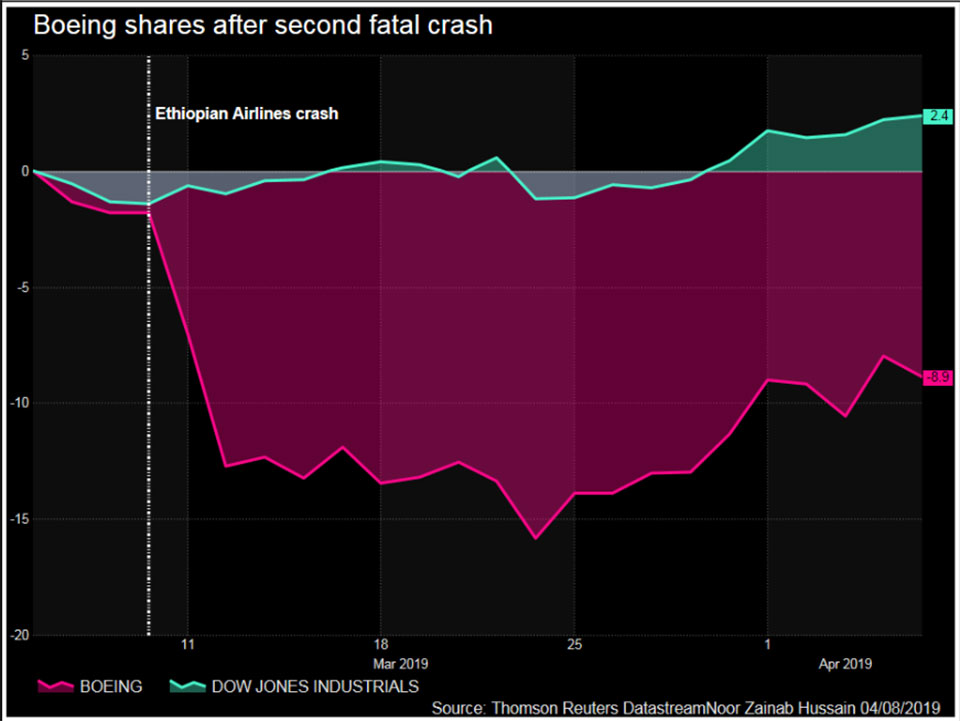