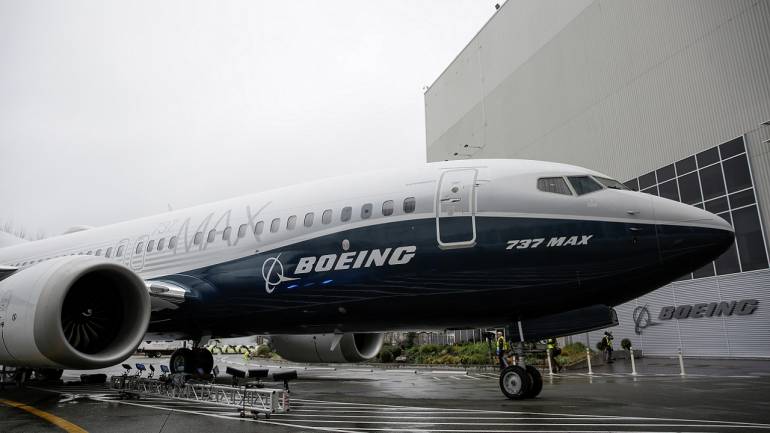 The U.S. Federal Aviation Administration (FAA) cited new satellite data and evidence from the scene of Sunday’s crash near Addis Ababa for its decision to join Europe, China and other nations in suspending 737 MAX flights.

The crash was the second disaster involving the 737 MAX, the world’s most-sold modern passenger aircraft, in less than five months.

The new information from the wreckage in Ethiopia and newly refined data about the plane’s flight path indicated some similarities between the two disasters “that warrant further investigation of the possibility of a shared cause,” the FAA said in a statement.

The acting administrator of the FAA, Daniel Elwell, said he did not know how long the U.S. grounding of the aircraft would last. A software fix for the 737 Max that Boeing has been working on since a fatal crash last October in Indonesia will take months to complete, Elwell told reporters.

The single-aisle 737 is central to Boeing’s future in its battle with European rival Airbus SE. The new variant of the 737, the fastest-selling jetliner in Boeing’s history, is viewed as the likely workhorse for global airlines for decades.

“The agency made this decision as a result of the data gathering process and new evidence collected at the site and analyzed today,” the FAA said, shortly after U.S. President Donald Trump announced the planes would be grounded.

It was the second time the FAA has halted flights of a Boeing plane in six years. It grounded the 787 Dreamliner in 2013 because of problems with smoking batteries.

Boeing, which maintained that its planes were safe to fly, said in a statement that it supported the latest FAA move.

“Boeing has determined - out of an abundance of caution and in order to reassure the flying public of the aircraft’s safety - to recommend to the FAA the temporary suspension of operations of the entire global fleet of 371 737 MAX aircraft.”

The crash involving a Boeing 737 MAX in Indonesia killed 189 people. Passengers have been spooked by the two disasters. U.S. travel website Kayak was making changes to let customers exclude specific aircraft types from searches, and booking sites were looking to reroute passengers.

Southwest is the world’s largest operator of the 737 MAX 8 with 34 jets.

The French announcement resolved uncertainty over the fate of the two recorders after Germany’s BFU said it had declined a request to handle them because it could not process the new type of recorder used on the 737 MAX jets, in service since 2017.

Shares of the company ended up 0.5 percent at $377.14, recovering from a more than 3 percent fall in the afternoon when the FAA announcement was made.

The United States had held back on suspending 737 MAX flights on Tuesday even as many of the world’s top economies such as China and European nations grounded the plane.

Trump called Boeing Chief Executive Dennis Muilenburg on Wednesday to inform him that the United States was preparing to ground the fleet, a White House official said.

The grounding was welcomed by air workers in the United States. John Samuelsen, international president of the Transport Workers Union of America, which represents aviation workers and flight attendants, said the grounding of the fleet was right “both for air travelers and aviation workers.”

Ethiopian Airlines spokesman Asrat Begashaw said it was still unclear what happened on Sunday, but its pilot had reported control issues as opposed to external factors such as birds.

Brazil, Mexico and Panama on Wednesday became the first Latin American nations to suspend the Boeing 737 MAX. Earlier, Panama’s Copa Airlines had suspended operations of its six Boeing 737 MAX 9 aircraft until the findings are published of an investigation into Sunday’s crash.

The chairman of the U.S. House of Representatives Committee on Transportation and Infrastructure, Democrat Peter DeFazio, called for a probe into why the 737 MAX received certification to fly.

SEATTLE/PARIS, April 3: Boeing anti-stall software on a doomed Ethiopian Airlines jet re-engaged as many as four times after the... Read More...

No decision on home ministry leadership until full text of SC’s verdict on Rabi Lamichhane is out: PM Dahal
40 minutes ago

Pokhara-Baglung Highway to be closed for upgrading
57 minutes ago