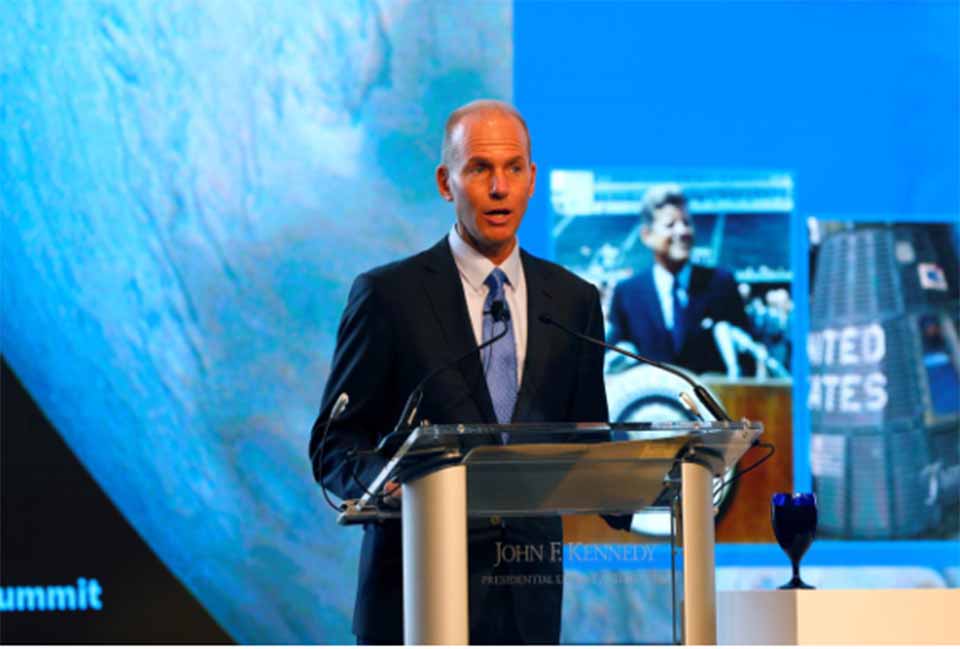 EVERETT, Aug 28: Boeing Co said on Tuesday that an aircraft order from China could result from any deal to end a yearlong trade war between the world’s two largest economies.

Speaking to Reuters at the planemaker’s widebody aircraft factory in Everett, Boeing Chief Executive Dennis Muilenburg cautioned that it was “tough to predict” the timing of a potential trade deal between the United States and China.

“It’s been challenging,” Muilenburg said. “But I think ultimately they will find a solution because of the mutual interest, and we think our airplane business will be part of that ultimate solution.”

“We are hopeful that if there is a trade solution, it will be beneficial to airplane orders as well,” he added, saying a healthy aerospace industry benefits both countries.

Chicago-based Boeing calls itself the top U.S. exporter and has delivered more than one out of every four jetliners it made last year to customers in China, where it forecasts demand for 7,700 new airplanes over the next 20 years valued at $1.2 trillion.

But tit-for-tat tariffs between the United States and China, which is poised to overtake the United States as the world’s largest aviation market in the next decade, have slowed the global economy and forced Boeing to walk a geopolitical tightrope for more than a year.

On the one hand, Boeing has been increasing its industrial footprint in China as it aims to increase its sales lead over Europe’s Airbus SE in Asia. On the other hand, executives have taken pains to avoid clashing with U.S. President Donald Trump who has repeatedly said the United States must take steps to protect American jobs and technology.

Analysts say China has been slow to order planes from both Boeing and Europe’s Airbus SE as its economy wavers and it holds off major procurement decisions pending the outcome of the dispute with the United States.

“It’s hard to predict whether or not a successful deal will be achieved,” Muilenburg said. “China’s been not ordering airplanes over the last year, year and a half. That pent-up demand signal is still there. The airplane need is real.”

Reuters reported in March that the prospect of a major potential order for more than 100 jets, worth well over $10 billion at list prices, had increased as Washington and Beijing cited some progress in talks to resolve their months-long trade war.

Boeing’s plane orders have also been clouded by the grounding of the planemaker’s fast-selling 737 MAX jetliner in the wake of two crashes that killed 346 people.

Muilenburg’s comments come after China’s foreign ministry said on Tuesday it hopes Washington can create conditions for talks, but that it had not heard of any recent telephone call between the United States and China on trade.

Trump on Monday predicted a trade deal with China, citing what he described as increasing economic pressure on Beijing and job losses in China.

His comments calmed global markets that have been roiled by new tariffs. He also appeared to back off of his threat to order U.S. companies out of China.

“We’ve been advocates for finding a balanced solution,” Muilenburg said. “We are going to continue to do that.”