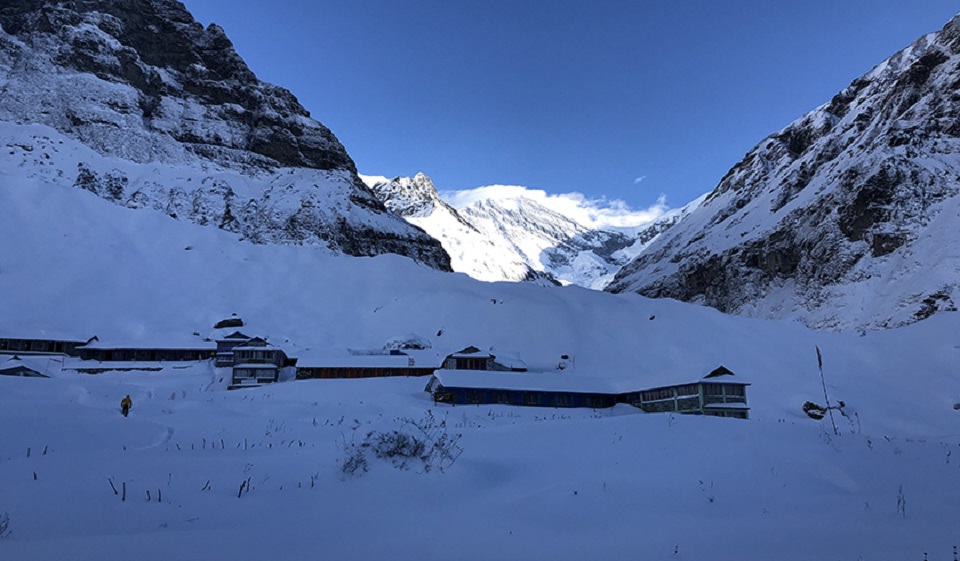 POKHARA, May 1: Bodies of a South Korean trekker and a Nepali guide have been recovered on Friday morning from the Annapurna region, police said. They were missing after an avalanche hit the region in January.

With this, all the dead bodies of that seven-member expedition team have been recovered, Raj Kumar KC, spokesperson at the District Police Office, Kaski, told Republica Online. A team of Nepali Army and Nepal Police personnel recovered the dead bodies today in the morning, according to KC. "We were unable to recover the dead bodies due to heavy snowfall earlier," he said. The recovered bodies of the trekkers will be airlifted to Pokhara once the weather condition is improved, KC said. Four South Koreans and three Nepali guides went missing on January 17 after an avalanche hit a trekking route at an altitude of about 3,230 meters.

They were all teachers who were staying in Nepal for volunteer work. Officials earlier said they appear to have been on a weekend trekking trip when the accident took place.

Rescue and search efforts had been suspended about a week after the accident due to harsh weather conditions and subsequent avalanches in the region, but they were resumed in early April as the temperature warmed, snow and ice began to melt.

ITAHARI, Sept 24: Four children of Itahari were rescued from a bordering town of India from the clutches of suspected human... Read More...

CHITWAN, August 24: Four more rhinoceros have been rescued by Chitwan National Park (CNP) officials after they were swept to... Read More...

Have you seen a destitute and sick dog strolling in the maddening streets of Kathmandu? If so you might have... Read More...