Bodies of 12 Nepalis being brought from Kabul, PM to go to TIA 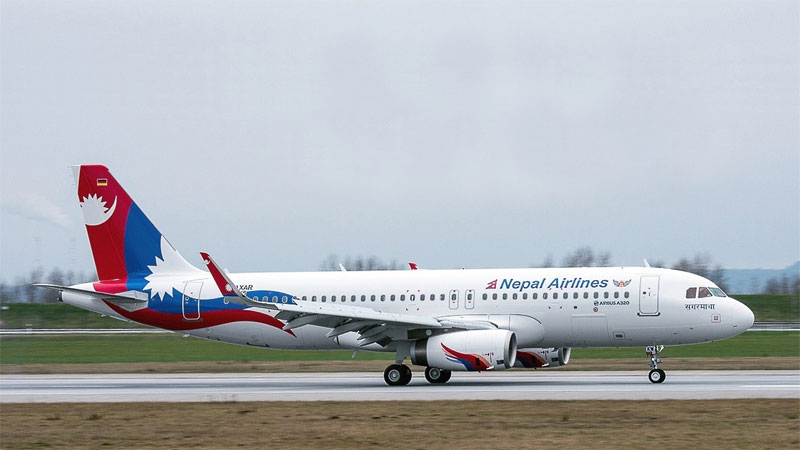 KATHMANDU, June 22: The dead bodies of 12 Nepalis killed in a suicide bomb attack in the Afghan capital city Kabul are being brought in a Nepal Airlines Corporation (NAC) flight on Wednesday afternoon. The NAC flight with the bodies will land at the Tribhuvan International Airport at 2:30 pm.

The NAC RA 2442 Airbus left for Kabul at 3 am. It is said that the NAC flight is scheduled to take off at 2:30 pm from Kabul International Airport. According to a flightradar, that provides live updates about flights, the NAC plane is currently at the parking lot of the KIA.

According to a source at the PM’s personal secretariat, PM's all the other programs have been canceled due to his scheduled visit to TIA.

This morning the government sent the plane to Kabul to bring the bodies of Nepalis killed in Afghan suicide bomb attack in line with the government’s decision on Tuesday.

Bharat Paudel, spokesperson for the Ministry of Foreign Affairs, said other Nepali citizens who wish to come back home in the same flight will also be accommodated in the plane to the possible extent.

Paudel informed that the ministry has already sent Tirtha Raj Aryal, Nepal’s acting ambassador to Pakistan, to Kabul and he has been coordinating with the hospitals and Afghan authorities for medical evacuation of the injured Nepalis as well as for bringing the dead bodies to Nepal.

A government’s delegation team comprising Joint Secretary at the Ministry of Foreign Affairs Prakash Subedi, Mahesh Dahal from the Home Ministry and one each from Foreign Employment Promotion Board (FEPB) and the Ministry for Tourism has also reached Kabul.

Rs 10 million to be incurred

According to Sugat Ratna Kansakar, General Manager of the Corporation, the two-way (Kathmandu-Kabul-Kathmandu) flight expenses will incur around Rs 10 million.

The flight duration from Kathmandu to Kabul is around 3 hours. The Airbus has 158 seats.

Three injured are being airlifted to New Delhi

As many as 12 Neapali security guards were killed while seven others were seriously injured in a Talibani suicide bomb attack on Monday morning.

Man Bahadur Thapa and Krishna Bahadur Deuja among those injured were airlifted to New Delhi on Tuesday itself and are undergoing treatment at Apollo Hospital. “Other three injured are being taking to New Delhi on Wednesday,” Bharat Paudel, spokesperson for the Ministry for Foreign Affairs,” told Republica Online, adding, “ the concerned company has sent them Delhi for treatment on its own to.”

The condition of Tamang among the injured is critical so he will be taken to Delhi for additional treatment only after the consent of the doctors, said he.

The killed who were working as security guards for Canadian Embassy in Kabul had reached there through a British security company. Over 9000 Nepali have been working as migrant workers in Afghanistatn, both legally and illegally.