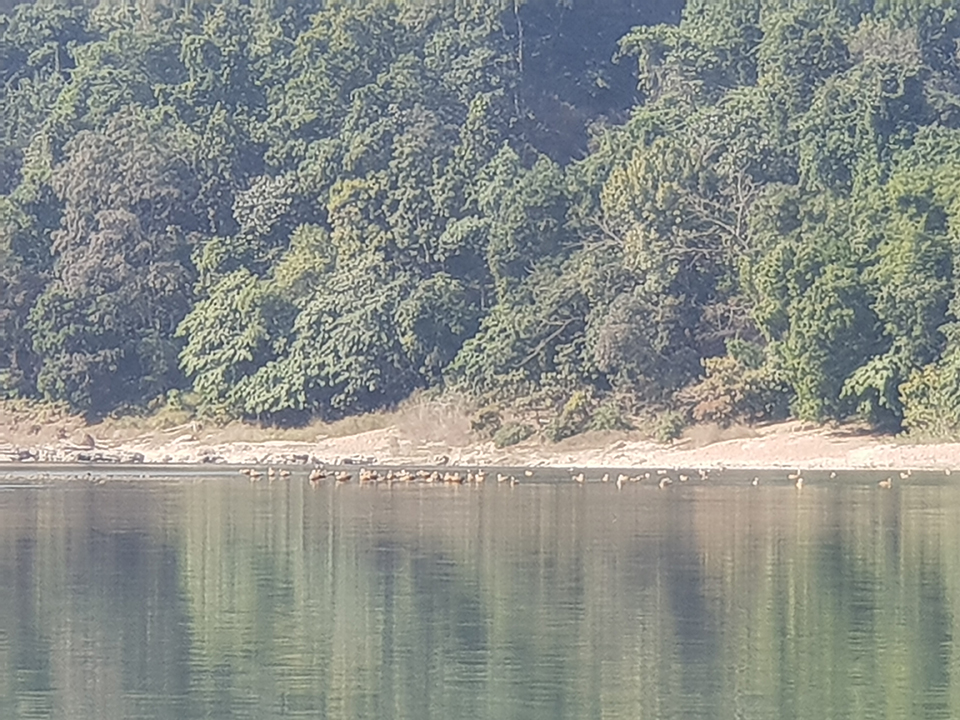 Arjun Oli/Republica The proposed site for preserving gharial crocodile in the buffer zone of Banke National Park in this recent photo.

NEPALGUNJ, Dec 27: In a bid to conserve the endangered gharial crocodile, Banke National Park (BNP), the youngest national park of the country, is planning to protect the rare reptile in the buffer zone of Rapti River basin.

BNP will be using the area between Raptisonari Rural Municipality-1, Gavar and Agaiya for protecting the gharial. This area is known as a favorable habitat for mugger crocodiles, which are found in an good number here.

Yuvaraj Regmi, chief conservation officer of BNP, informed Republica that they are currently studying the prospects and possibilities for the survival of the rare gharial in the area.

"We will finalize the decision after making sure that the river has enough prey and favorable environment for the survival of gharial and also if people in the buffer zone will co-operate with BNP for preserving this rare species," said Regmi.

According to him, gharial will be brought from Chitwan National Park (CNP). Both the national parks have established their own breeding centers for the reproduction of gharial crocodiles.

A few days ago, BNP invited stakeholders to observe the new habitat of the crocodile. Local representatives, officials of the national park, representatives of the buffer zone among others observed the area between Gavar to Agaiya in a boat.

"As per our preliminary research, we felt that the habitat is quite appropriate for the crocodile," said Regmi, adding, "But the presence of people coming for fishing and finding gold in Rapti might disturb the crocodile. So, we need to talk to the locals before taking any decision."

Mahendra Kumar Khadka, chairperson of the Buffer Zone Management Committee of Banke National Park (BNP), informed that protecting the prey of gharial is equally important for preserving the species. He believes that there will be no obstruction from the locals as it will not just preserve the rare animal but will also flourish tourism in the area.

"This can be a very positive move if the locals co-operate with us," Khadka said.

As open spaces continue to shrink and big houses are blossoming around, there is less chance of surviving if an... Read More...

KATHMANDU, May 23: The government has formed a high-level committee under the chairmanship of Mohan Raman Bhattarai to probe the... Read More...