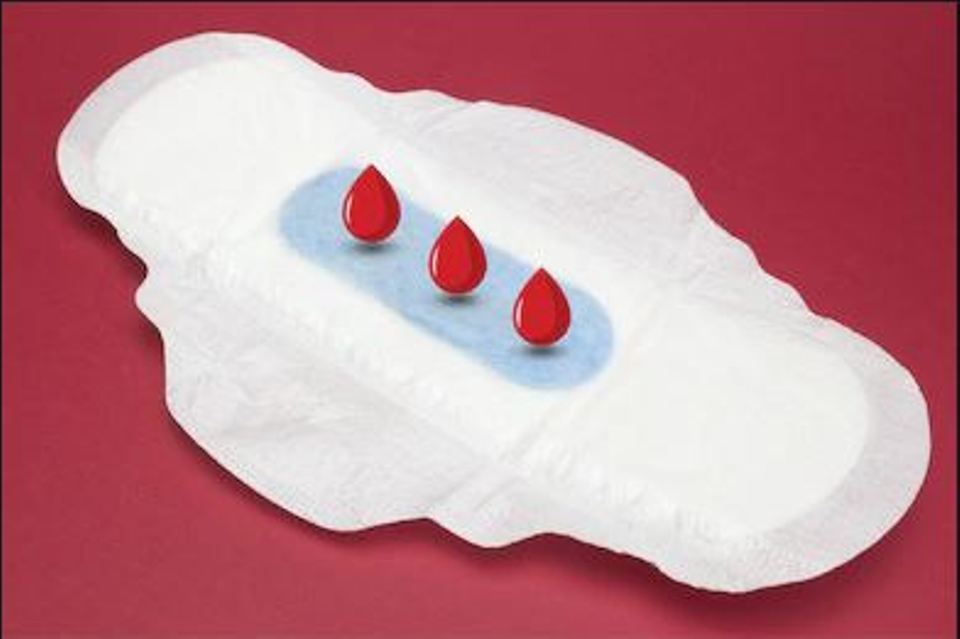 A female colleague of mine came rushing over to me and said in a whisper, “you have the stain on your back.” I instinctively knew what stain she was talking about. I was having my period, and somehow despite being careful there are always those times when the “stain” shows off.

My colleague, a junior who I knew for just a week then, was red in her face, and was apologetic as she told me that she wanted to inform me earlier but I rushed off somewhere. Her discomfort was acute. I told her that it was okay, that it was just a period stain and nothing to be so embarrassed about.

I lingered on in the conference hall for a while, chatting up with others and finalizing the agenda for the day before finally heading off to my hotel room to change the “offensive” garment.

My colleague asked me twice to at least stretch my hoodie down to cover the spot while I was working. I obliged this time. It showed on her face that my off handed manner of dealing with the “stain” was incredulous to her.

Defying the conventional notion that having a period stain is “shameful” is sort of my first feminist rebellion or realization which happened during my adolescent years way before I knew what feminism was. Now that I am a working woman in mid-30s I am comfortable with the notion of other people knowing when I am having my periods whether it is changing my pads during office hours or claiming sick leave in front of male colleagues during bouts of bad cramp. But I know that it is not always as easy for others to be as comfortable.

The reaction of me and my colleague regarding the small spot of blood stain in my clothes was just an example of how acutely embarrassed women are about this thing. Period is one of the most natural things that happens to a girl's body but it is disheartening to see that there is still so much stigma and shame associated with it in everyday life of Nepal.

The incidence with my colleague has prompted me to share my own struggle of accepting period and period stain without embarrassment. There was a particular event from my school days which helped me own up my period.

During one of those typical school outings that Kathmandu’s private school organizes, hoards of students shepherded by harried teachers onto some site for "educational" purpose, I was having my period. And somehow during the long hours of marching in lines, getting from the school to the excursion venue without a chance to visit a restroom and change my pad while bleeding constantly some blood leaked onto my trousers.

Two of my classmates—both boys—started loud whispers behind my back about what that thing could possibly be. They started an odd volley of guffaws, whispers and snickering. I had a feeling they were talking about me, and that somehow I got the stain in my pants. After a while, the older boy asked me outright, “hey, what’s that in your pant?”

Although no girlfriend of mine had yet informed me of the stain when the boy yelled the question I knew for sure what it must be. I replied with as much pride as I could gather to the boy a feet taller than me: “Somebody spitted paan at my backside on that last bend.”

Of course that answer did not stop them from tittering and following me closely at the heels with their loud whispers of “look at that!” I never had a chance to change my pads or freshen up in that entire trip. It was physically taxing as well as emotionally mortifying.

I endured the whole day of this with as much pride as I could muster. To be as obstinate as I was when I was sporting a symbol of “shame” in my back required some serious philosophical introspection. At least as much as my teenage mind could do. I started thinking about why I should not be cowered or ashamed by their teasing. I remembered all my reproductive health lessons and how the “dirty blood” during the period actually helped make a baby-carry the whole human existence forward.

Although I held my ground that day even after hours of bullying, it was one of the most difficult things that I did. I had to dig deep within me to tolerate their bullying and even throw back some jibes. Until then nobody had told me specifically, not even my mother that period was natural and there was no shame in it. Period was taken as a natural course of event in my house but my mother also had not felt it necessary to tell me not to be ashamed of it.

There was even less hope from my female classmates most of who rigorously followed the practice of period banishment in their own homes for couple of days each month. After that day, I tried bit by bit, sometimes on my own, sometimes by discussion with safe groups to own up my period. I could not convince all my friends that stain was not shameful but I did make myself feel more comfortable if I ever got any in future.

No girl should go through the emotional trauma of what I went through just on account of a perfectly natural thing. Period has a much deeper problem in Nepali society even resulting in deaths, so staining might not seem like a big issue. But this is still one of the manifestations of negative perception associated with period giving many girls and women like my colleague mental stress.

We are always taught to hide everything related to period—hide the pads, hide the blood, hide the underwear, and even hide yourself. I hope that as our conversation about periods become more open, we also begin to feel more natural regarding any stains that we might be sporting occasionally. And I hope that even men and boys are part of this conversation.

Even though I feel comfortable, I have often seen men turn pink or excusing themselves when any reference about period begins. I hope that someday in our society, period stain will mean just that for everybody. That a woman is menstruating. Nothing else. No bullying, no shying away, repulsion or humiliation.

‘Women in Nepali Society: Talk with Subina Shrestha’ in London