Bleak but not boring 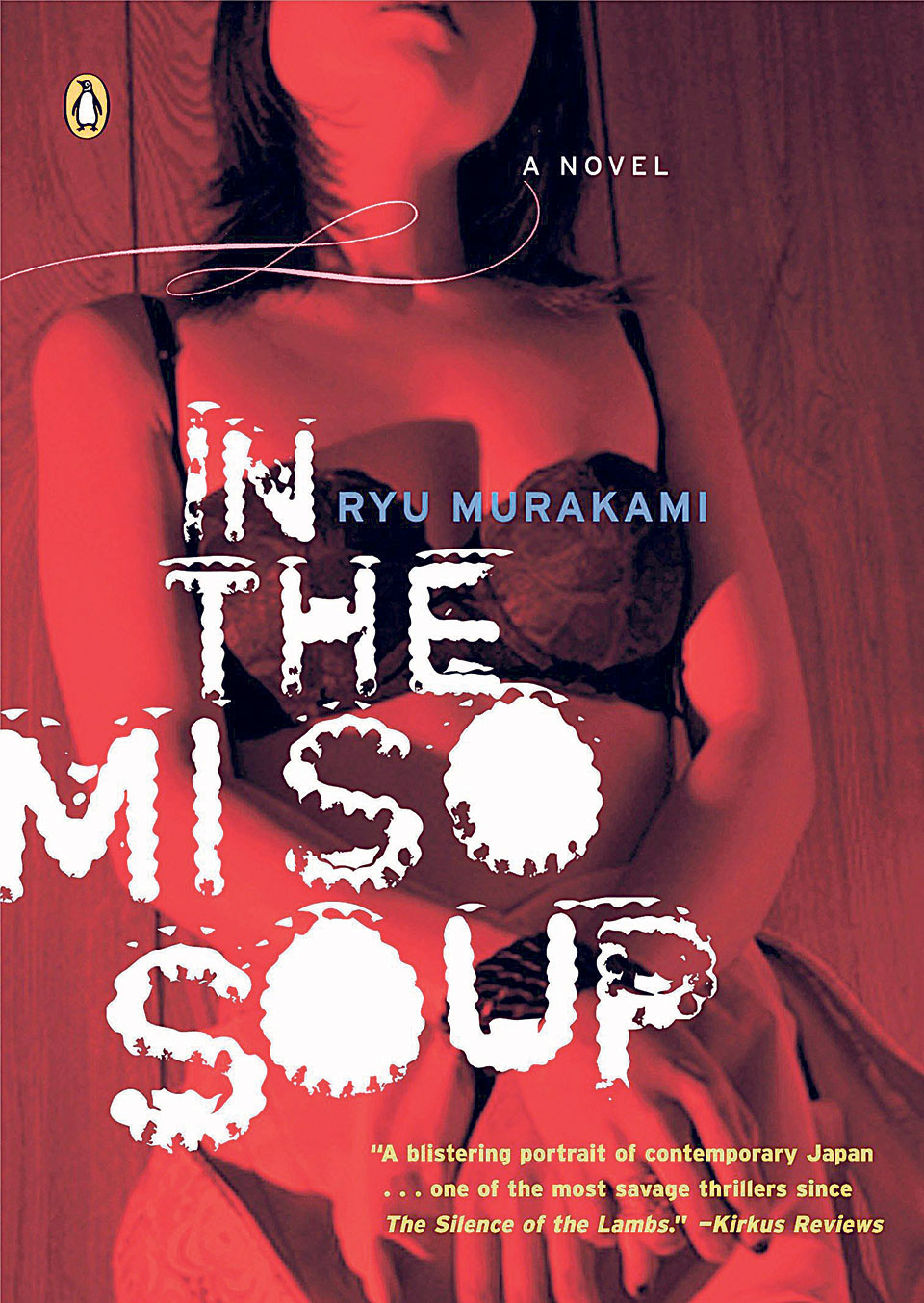 Kenji, a 20-something-year-old Japanese, organizes sex tours around Tokyo for foreigners. And while doing so, Kenji has formed his ideas and opinions of the world around him—from high school students working as hookers to the tourists who approach him for his services, he thinks he can read their boring lives like a book. All this, however, is turned right upside down when he meets a new client—an American named Frank.

In the Miso Soup is Kenji’s story. Here, Kenji narrates his experiences of a few days while roaming around Tokyo with Frank. Written by Ryu Murakami, who is known for playing with themes like disillusion, surrealism, and murder, In the Miso Soup was published in 1997 and translated to English in 2003.

Through the eyes of Kenji, we get to see an insider’s perspective of Japan. We see a Japan that, despite all the progress, has a set of struggles of its own, though very different from our Nepali culture. You learn about some things that are unheard of in Nepal. For instance, I doubt we have literature that talks about fetishes, kinks, or prostitution rings and businesses, that too in a casual, matter-of-fact way.

There is a chapter where Kenji and Frank are seated in a pub somewhere in Kabukicho. At the pub, women ranging from sex workers to an average office worker have placards with numbers on them. The women take turns singing Karaoke and if any man is interested in one of the women, they have to fill out a piece of paper to try to invite her over.

Even though the premise of the story revolves around sex and prostitution, Murakami lets us know that all these elaborate forms of nightlife, from the escorts to love hotels, are ways for the Japanese people to combat loneliness. This is just one example of just how different our worlds, as well as our problems, are. However, this is also what makes the novel interesting.

The novel is not just a social commentary on the depressing aspect of Japanese culture but it’s also a dark, nihilistic outlook on the world and its people as well. When Kenji meets Frank for the first time, the Tokyo police are investigating the case of a high-school girl who has been gruesomely murdered. And within a few minutes of meeting Frank, Kenji realizes that something is off about Frank. There’s something off about his very skin (described as plastic and out of place) and there’s a certain darkness in his eyes that gives Kenji the creeps.

Within a few hours of walking with him around Kabukicho, Kenji is sure Frank is behind the murder (though at this point, the readers are not as sure). However, Murakami makes sure Kenji isn’t a gullible boy whom Frank can manipulate—he makes several intelligent points to show that Frank isn’t your average tourist looking for fun and that he is up to something far more sinister.

And this is exactly what makes the climax devastating. Concurring with Kenji’s initial prediction, Frank turns out to be something of a monster (which, by the way, is an understatement) and as readers, we are made to helplessly watch how Kenji deals with Frank.

Overnight, Kenji’s life turns from what was a slightly dull but overall pleasant existence to a surreal nightmare from where there is no going back. What pains the readers the most is how, throughout the story, Kenji has several opportunities to make it out of this hellish nightmare but every time he chooses to stay back.

For a story about a serial killer on the loose, the novel is surprisingly laid back. All the violence is limited to one single chapter but the eerie feeling lingers throughout. Rather than just showing Frank’s brutal actions, we get to read about Frank’s innermost thoughts that drove him to such extremes.

However, we learn this through conversations Frank has with Kenji (and it’s already established that Frank lies and manipulates people). So we see him justify his actions to an extent that makes him seem like the sane one and that everyone else is just living a conceited life.

Frank argues, “People who love horror movies are people with boring lives. They want to be stimulated, and they need to reassure themselves.” He says that the people he kills are parasites that the world doesn’t need as they themselves don’t know why they keep on living and anomalies like Frank are the ones brave enough to do something about it. This clear, almost profound awareness that Frank has about himself makes his argument compelling but it’s ultimately flawed because nothing can justify necrophilia and murder.

The English version of the book is written clearly and simply. The flow of the story is effortless and I doubt anyone reading it will ever hit a slump. The book will appeal to readers who ask big questions about life and existence as well as those who love a good thriller.

POKHARA, April 8: In mid-March, a Korean tourist Ji Ae went missing while she was on her way back to Pokhara... Read More...

HAN to fly gyrocopters for tourists from next week

POKHARA, Sept 27: There is little excitement in Pokhara, one of the top tourist destinations in the country, while the world... Read More...