Blast at wedding in Afghan capital wounds at least 20: hospital 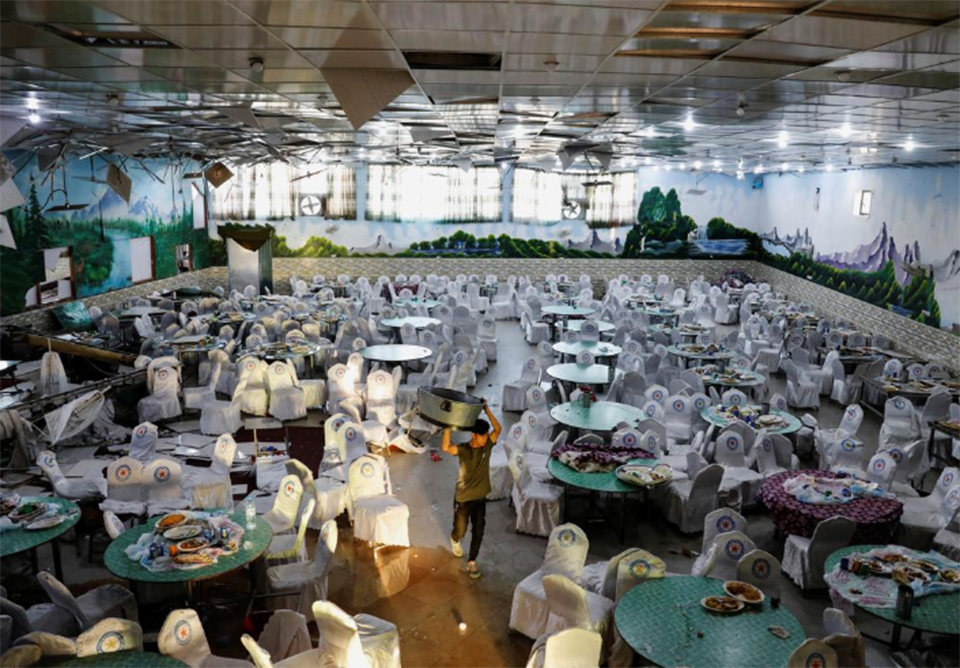 An Afghan worker is seen at the wedding hall after a blast in Kabul, Afghanistan August 18, 2019. REUTERS/Mohammad Ismail

KABUL, August 18: A bomb exploded at a wedding reception in the Afghan capital Kabul on Saturday night, wounding at least 20 people, officials and emergency services said.

There was no immediate claim of responsibility for the blast, which went off in the men’s reception area of a west Kabul wedding hall.

A Kabul emergency hospital said 20 wounded people had been brought in.

“Unfortunately, the blast caused civilian casualties,” Interior Ministry spokesman Nasrat Rahimi said. He put the number of wounded in the tens and said details were being gathered.

Witnesses said members of the minority Shi’ite Muslim community were holding the wedding reception. Sunni Muslim militants including the Taliban and Islamic State have repeatedly attacked the Shi’ite Hazara minorities in Afghanistan and neighboring Pakistan over the years.

Three weeks ago, a Taliban suicide bomber killed 14 people and wounded 145, also in western Kabul, in an attack that the government said raised questions about the militants’ commitment to peace despite expectations of a deal with the United States.

The United States and Taliban insurgents have reported progress in talks on an agreement centered on a U.S. troop withdrawal from Afghanistan in exchange for a security guarantee from the Taliban.

KHOTANG, June 21: An unidentified group has detonated a bomb inside the house of UML candidate vying for the position of... Read More...

Bomb scare at half a dozen schools in Valley