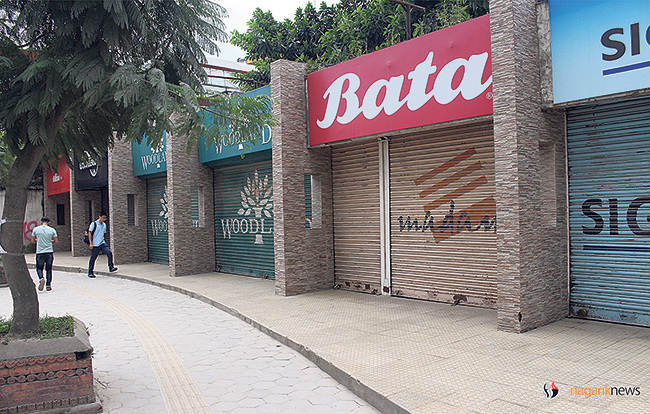 KATHMANDU, Dec 25: A case of tax evasion and fraud against promoters of nine outlets of branded goods in Durbar Marg has suffered due to differences among two government agencies.

Even though it has already been four months since government authorities conducted raid, investigators are yet to reach to a conclusion.

The Department of Supplies Management and Protection of Consumer Interest (DoSMPCI) had conducted series of raids at the outlets of branded goods in the first week of September. The department had forwarded the case to the Department of Revenue Investigation (DRI) on October 9 for further investigation.

Officials of DRI say that they have only received a mail with a request to study tax evasion. “But it did not give us any proof collected during the raid,” an official of DRI told Republica. “It takes a long time to analyze and investigate cases of tax evasions. We only received a letter of case transfer from the Department of Supplies Management and Protection of Consumer Interest (DoSMPCI). They are yet to provide us proofs related to the case.”

Earlier in November also, Shrestha had said that the case was no long under his department's jurisdiction. He had told Republica then that that case of tax evasion had been transferred to DRI and the case of consumer fraud and black marketing had been forwarded to the Metropolitan Police Range (MPR).

However, MPR said that it has filed cases against the wrongdoers at the District Administration Office (DAO), Kathmandu, and the Kathmandu District Court. “We completed the investigation in November itself,” he added.

A team led by the then Minister for Supplies, Shiva Kumar Mandal, had conducted the raid and sealed two shops in New Road and nine in Durbar Marg in early September on charge of fraud, overcharging customers and evading taxes.

Four stores of branded goods -- Nike, Puma, Bentley and Store One -- in Durbar Marg had failed to furnish proof of 'brand authorization' of the products that they were selling when demanded by the officials of DoSMPCI.

In Pictures: Students take to the streets demanding justice for Sadiksha Chaudhary
12 minutes ago