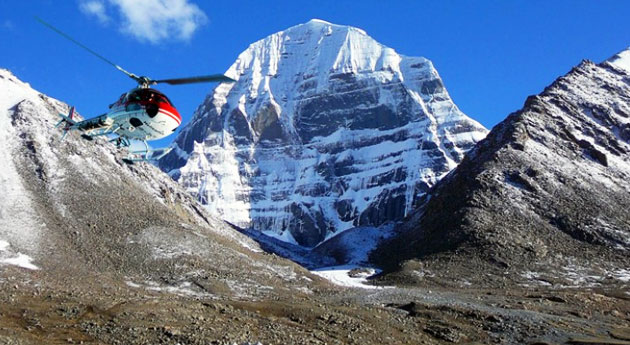 NEW DELHI, Sept 1: Congress chief Rahul Gandhi has embarked on a 12-day Kailash Mansarovar Yatra, a decision that has sparked questions from the BJP over his allegiances.

BJP spokesperson Sambit Patra accused Gandhi of flirting with the Chinese, calling his behaviour “representative of China and not of India”. Gandhi had expressed his desire to undertake the pilgrimage during Karnataka Assembly elections in May.

In response to the controversy, the Congress has called BJP’s criticism “misplaced and inappropriate” and accused them of making a political issue out of Gandhi’s personal faith. “Rahul ji is going on a pilgrimage n (sic) for worshipping #LordShiva. It is a holy journey but BJP is playing politics,” Ashok Gehlot, General Secretary of the All India Congress Committee (AICC), tweeted.

“The BJP is bringing up such issues as party leaders are frustrated n feeling insecure regarding Rahul Ji's pilgrimage. Ruling Party cannot digest the fact that Congress Prez is taking up pilgrimage for his deep faith in #LordShiva. BJP's reaction shows their narrow n mean mentality,” he continued in his riposte

Kailash mountain, located near Lake Mansarovar, occupies a special place in Hinduism as it is considered the home of Lord Shiva. Mansarovar Lake is also considered holy as Hindus believe it was conceived in the mind of Lord Brahma, following which it manifested on Earth. Devotees believe that drinking the lake’s water would ‘cleanse’ them of their sins and guarantee ascension to Shiva’s abode after death. The region is of spiritual significance to Buddhism, Bon and Jainism as well.

The Pilgrimage
Kailash Mansarovar pilgrimage involves walking around the holy mountain on foot, a 51-km-long trek considered to be challenging due to the inhospitable terrain, high altitude and low temperatures.
The Congress president plans to complete the pilgrimage on foot in 12 days and he has received the requisite permission from the Ministry of External Affairs. The Chinese government has reportedly been intimated as well.

Gandhi had earlier said that the idea for the pilgrimage took roots following a near-death experience in April when the aircraft carrying him and his associates had plummeted 8,000 feet due to a snag while flying from Delhi to Hubli. A Directorate General of Civil Aviation's (DGCA) report on Friday revealed that the chartered plane was only 20 seconds away from crashing.

Kailash Mansarovar pilgrimage had been halted from 1954 to 1978 due to the Sino-India border disputes, which came to a head during the 1962 Sino-Indian war. India and China had both claimed sovereignty over two territories — Aksai Chin, a region sandwiched between Jammu and Kashmir and Xinjiang province, and the region south of the McMohan line, formerly North-East Frontier Agency, that now forms Arunachal Pradesh.

Years after the war, an agreement was finally reached between the two nations over the disputed territories in 1996 and a mutually agreed Line of Control had come to fore. However, the border disputes continue to this day and the Chinese government has often claimed Arunachal Pradesh, with incursions taking place infrequently over the years.

The conflict raised its head in 2017 during the Doklam standoff between the Indian Army and the People’s Liberation Army of China over the construction of a road by the Chinese in the strategically important region located at the China-India-Bhutan tri-junction.

The BJP, in its criticism of Gandhi’s decision to undertake the pilgrimage, also mentioned the Congress president’s meeting with Chinese embassy officials during the Doklam standoff, further questioning his ‘Chinese links’.

BJP spokesperson Sambit Patra said: "We all know how Rahul Gandhi met Chinese embassy officials in Delhi, first they denied later they accepted during Doklam standoff — all without keeping the Indian government in the loop."
After initially denying the meet, Congress had later accepted in July, 2017 that the then party vice-president had indeed met Chinese officials, but had also met Bhutanese envoy.

With Gandhi’s pilgrimage to Kailash Mansarovar, allegations of fraternising with the Dragon have resurfaced.

NEW DELHI, May 23: Rahul Gandhi, the president of India’s opposition Congress party, said he had lost his own parliament... Read More...