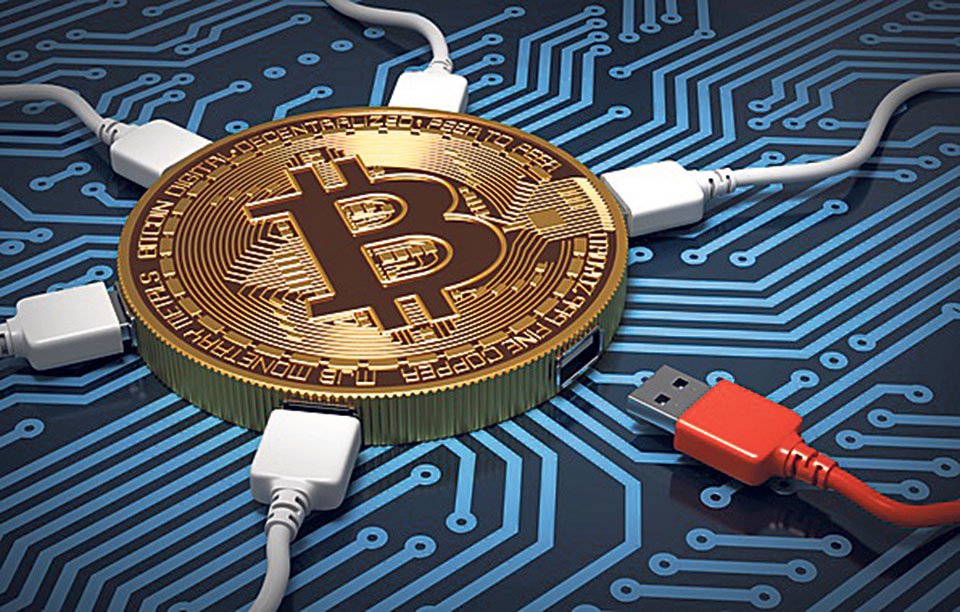 Bitcoin is indeed getting more than required attention as a currency or as a ticket to getting rich quickly, but at its core, it is a disruptive idea that has catalyzed a renaissance of thinking, creativity, science, art, exploration, and philosophy to name a few. More importantly, Bitcoin is an open-source, open standard, open network, and above all, an answer to the tragedy of the commons.

Nepal is a strange existence in the sense that communism is mainstream and cryptocurrencies (cryptos) are banned. On the contrary, in other parts of the world, communism is history, and cryptos are regulated. This anomaly will likely change soon because it is not possible to block disruptive innovations and radical political movements for too long. Small acts, when multiplied by hundreds of thousands of people, can quietly become a power that can transform the world. The planet currently needs more wisdom and less idiocy to respond sensibly to the multiple converging global crises like hyperinflation, food shortage, climate change, and the Russia-Ukraine war, and not to forget, the multifold difficulties faced by the people in Nepal.

The world is now in a state of disarray because we have been making an economic argument for human survival when we should have been instead making a spiritual argument. This faulty reasoning seeding from the traditional dysfunctional belief that has shaped our worldview needs to be challenged, and many radicals are doing just that. As a result, deep cultural transformation, designed to replace the outdated mental models that are no longer serving humanity, is already happening in many parts of the world and quickly spreading around the world at the speed of thought on the Internet. For example, even in Nepal, people are taking activists like Balen Shah and Harka Sampang Rai seriously and trusting them with their votes to improve the desperate situation in their respective cities. Such revolutionaries are necessary to escape the desperation caused by corruption and bad governance that has forced the youth to migrate to other countries seeking better education and employment opportunities.

The status-quo hates revolutionaries, yet they are necessary to create a thriving society. Oscar Wilde once wrote, ”Disobedience, in the eyes of anyone who has read history, is our original virtue and history is witness to the fact that disobedience and rebellion bring progress and radicalism is the source of new ideas, renewal, and change.” Revolutionaries like Balen Shah and Harka Sampang Rai are the hallmark of liberal democracy for they are able to envision and work toward building an alternative world that is better than what we have right now or the ones imagined by the archaic mainstream political parties. Such changes are long overdue because the political status-quo has created unchallengeable dogmas making our new-found democracy undynamic and dysfunctional.

The beauty of democracy lies in its architecture. It is accommodative to disruptive ideas and radicals which is not possible in systems like fascism, oligarchy, and even the Panchayat system. Also, democracy is about a continuously shifting set of ideas and institutions with no final destination. Sadly, we might be back to square one. Perhaps Nepal has become a totalitarian state because disruptive ideas like Bitcoin are never banned in a true liberal democracy.

Bitcoin is indeed getting more than required attention as a currency or as a ticket to getting rich quickly, but at its core, it is a disruptive idea that has catalyzed a renaissance of thinking, creativity, science, art, exploration, and philosophy to name a few. More importantly, Bitcoin is an open-source, open standard, open network, and above all, an answer to the tragedy of the commons.

The concept of the ‘Tragedy of the Commons’ was first theorized by American ecologist Garret Hardin in 1968. The theory describes a situation where shared environmental resources are overused and exploited, and eventually depleted, posing risks to everyone involved. It is an economic and environmental science problem where those who have access to a shared resource act in their interest, at the expense of other individuals, resulting in overconsumption, underinvestment, and depletion of resources. In short, the tragedy is an outcome of individuals acting selfishly to maximize resource extraction using short-term thinking that is against the collective societal good. At its essence, Harka Sampang Rai’s activism started to prevent the Tragedy of the Commons e.g. mismanagement of water resources in Dharan.

In the Nepali context, we can also use the analogy of the “Tragedy of the Commons” on the billions of dollars of loans that the Government of Nepal has taken mindlessly for decades. The loans (commons) should benefit everyone in the country. Regrettably, people do not have any say in how the money is used because only the bureaucracy, political parties, and those close to them are benefiting from the loans by making stupid decisions. This has created a desperate situation for the youth. Yet, hilariously, the government is worried about Bitcoin and other cryptocurrencies, maybe because making sense of the 21st Century techno-economic development is beyond the understanding of the Ministry of Finance and the Nepal Rastra Bank (NRB). Bitcoin satori is that only the crème de la crème should lead the country.

Bitcoin has a strong case for legalization. It does not suffer from the ‘Tragedy of the Commons’. For example, if a bank or a digital wallet innovates, it will be the sole financial beneficiary as the investor for the novelty. On the contrary, Bitcoin is a common resource whose use increases the value of that resource at the exclusion of no one. If a radically innovative feature is added to an open-source license, the Bitcoin protocol unquestionably benefits, but the network also gets enriched because the feature can be used by everyone in the ecosystem. In short, Bitcoin is a festival of the commons as the common gets better with the increase in usage benefiting EVERYONE in the network.

The May of 2022 saw another massive crypto meltdown after Terra Luna crashed evaporating 45 billion USD. Many were quick to declare Bitcoin dead and some even went as far as to claim cryptos to be worthless. Cryptos are here to stay because of an ecosystem of openness that has some of the smartest people in the world creating radically amazing innovations that hardly die. The US Government has also revealed a bipartisan crypto bill that aims to fully integrate digital assets into the financial system. Furthermore, Bitcoin’s strength comes from its dumb network that puts all of the intelligence and innovation at the edge so that people can innovate without needing anyone’s permission.

Additionally, Bitcoin’s working mechanism is the opposite of how central banks operate. Its decentralized nature contrasts with the structure of fiat currencies. Central banks make monetary decisions after evaluating evidence gathered from the economy. For example, NRB will only act once hyperinflation becomes evident. Many are under the wrong impression that NRB will solve the problem believing inflation has some external non-monetary factors. They also believe economic shocks are responsible for macroeconomic variables such as inflation to move around and it is NRB’s job to adjust its policy in response to these shocks. In reality, NRB should accept the responsibility for inflation rather than viewing inflation as an external factor that needs to be fought. Inflation resulted from NRB’s lack of foresight.

Bitcoin also has a simple monetary policy. The final monetary base is fixed at around 21 million bitcoins. New tokens are minted at the planned schedule and paid to users who help secure the network. This serves the double purpose of providing the bitcoins with value due to their scarcity and creating incentives for users to connect to the network to provide their computational power.

Bitcoin is a rethink of centralized systems. Centralized systems are controlled by a small group of key people. So, deciding and implementing changes is relatively straightforward. However, control in a peer-to-peer network differs in the sense that the majority of the peers have to agree in the network. Implementing changes can be technically challenging even if a strong minority does not agree. Ideally, the advantage of such a system is that changes that are contrary to the interests of most users would not be implemented. For instance, Bitcoin teaches us that in a truly decentralized democracy, it will not be possible for the few in the government to take billions of dollars of loans even when the majority of the citizens are not reaping the benefits from the huge financial burden taken by the nation.

It seems as though Nepal’s representative democracy has many design flaws needing a re-imagination for the 21st Century. Bluntly put, it is already obsolete.

NEW YORK, June 29: Europeans and Americans have their Visa and Mastercards. For everyone else, here comes ... Libra? ... Read More...

KATHMANDU, Nov 14: The Federation of Nepalese Chambers of Commerce and Industry (FNCCI) has urged the government to take needful arrangement... Read More...