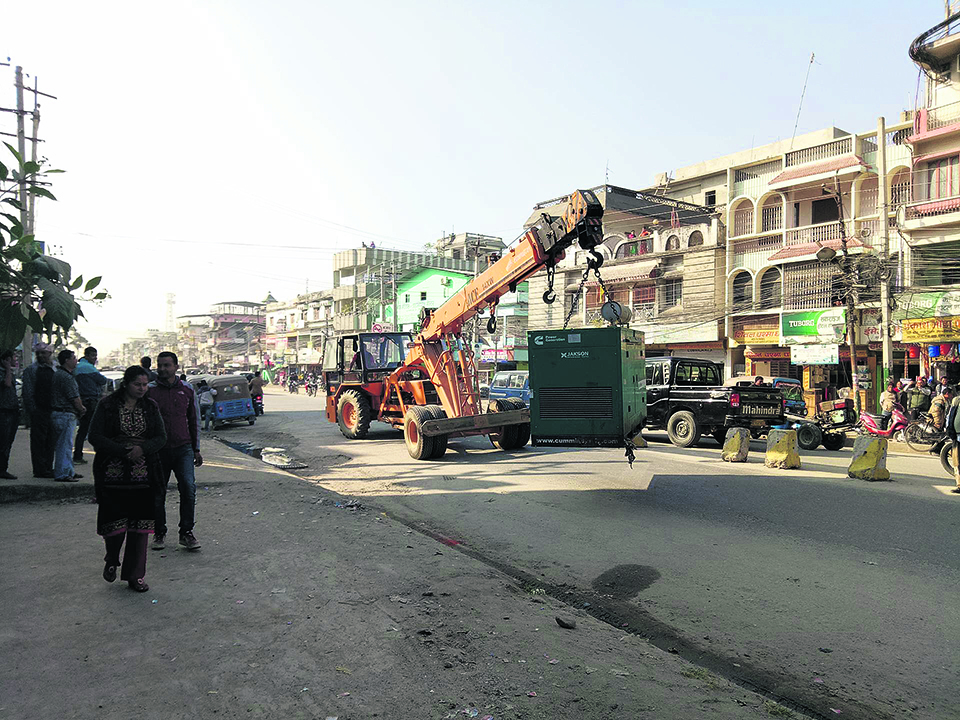 Illegal structures constructed by encroaching road being demolished in Birtamod of Jhapa in this recent picture. Yuvraj Bibash/Republica

DAMAK, Dec 24: The drive to widen roads has come into full swing in Birtamod of Jhapa. After a quite a long gap, the government has resumed the work doing it just the way it hoped to avoid. It is bulldozing illegal structures on the roadside following refusal of the owners to cooperate despite the authority’s repeated insistence.

“Houses and other structures constructed illegally should have been removed much earlier. It is good to see that the municipal and concerned authorities are acting now,” said Rajesh Rai, district traffic police chief. “With those structures removed, the road will widen and that will help in smoothening traffic,” he said.

The municipality office, road department and traffic police have been working together to clear the roadsides. Haphazard parking in Birtamod is also under check. Dhruba Shivakoti, mayor of Birtamod Municipality, promised that the road-widening project will be completed very soon. “We are very serious about this project. The road department and the traffic police have been very helpful. All the illegal houses, cottages and huts constructed on the roadside will be demolished to reclaim the road area,” he said.

Shivakoti stated that the municipal office was working with other concerned authorities to manage parking areas across the city.

“We have mapped out existing parking areas and areas where electricity and telecom poles need to be relocated and reorganized. We have approached with the concerned authorities,” he said while adding that the telecom and electricity authorities have not responded so far.
He, however, expressed optimism that the road-widening project will be completed soon and that Birtamod will have friendly roads.

CHITWAN, April 9: The Ratnanagar Municipality has started removing the structures including houses and sheds constructed by encroaching upon public land. Read More...