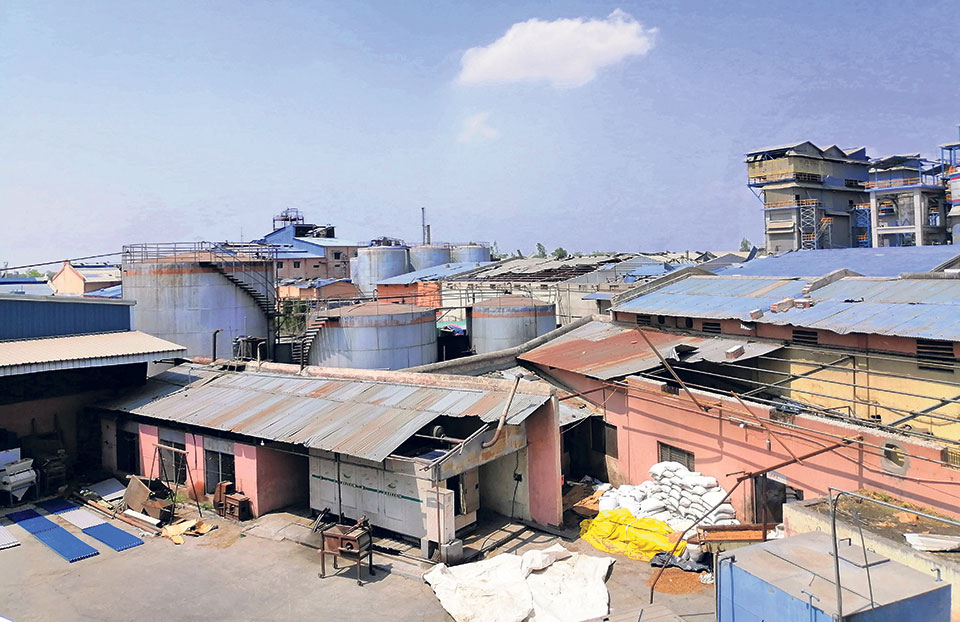 BIRGUNJ, April 3: Around a dozen factories in the Birgunj industrial corridor have reportedly faced losses worth millions of rupees, after a storm hit the districts of Bara and Parsa on Sunday evening.

Subodh Gupta, senior vice chair of the Birgunj Chamber of Commerce and Industries, said the damages were exacerbated by a “chain effect” after the initial hit, and that the total loss is yet to be ascertained.

Factories situated between Sukhchaina of Birgunj Metropolitan City-18 and Chainpur of Bara district are affected the most, according to Gupta.

Chainpur’s Advanced Nutrition Industries, which specializes in the production of feed supplement for chicken, is completely destroyed. A building of the factory, supposedly built using Japanese technology, has also reportedly been blown away by the storm.

“Five of my factories have been damaged greatly. The infrastructural damage is estimated at around Rs 50 million, and the destruction of raw materials and final products are yet to be calculated,” said Babulal Chachan, chairperson of the Chachan Group.

Trishakti Cement Industry, also run under the Chachan Group, has faced the most damages amongst all of the group’s industries. Babulal also informed that 16,000 sacks of produced cement were destroyed at his factory.

“The infrastructural damages are estimated at around Rs 10 million,” said Rajesh Rungta, director of Rungta Group.

Kalash Cement industry estimates its losses to stand at Rs 10 million in damages caused to its pre-produced cement.

KATHMANDU, April 5: 28 people lost their lives while other 700 injured after a massive storm struck Bara and Parsa districts... Read More...

Death of over 1,000 chicken in two days worries farmers
7 minutes ago