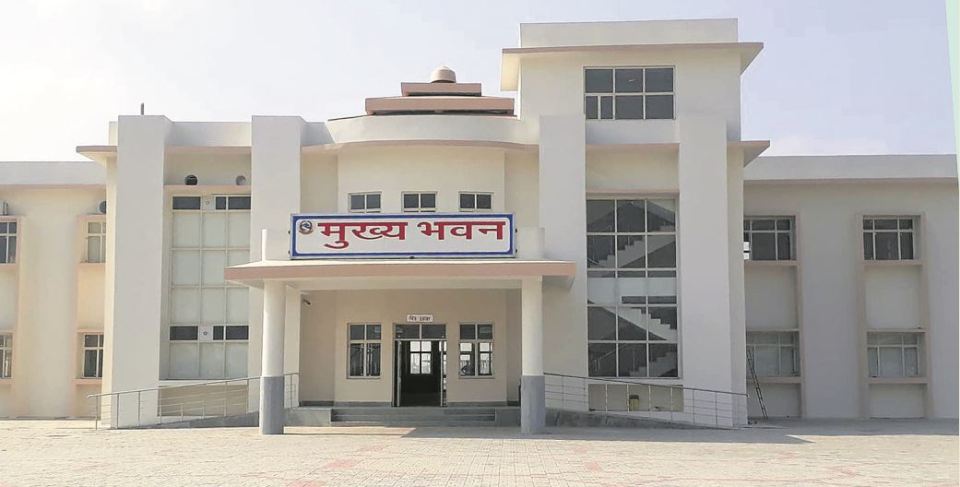 According to the Nepal Intermodal Transport Development Board – the government body under the Ministry of Industry, Commerce and Supplies, Prime Minister Khadga Prasad Oli and India Prime Minister Narendra Modi are remotely inaugurating the new ICP on Tuesday.

“As all necessary infrastructures have been built, India is handing over the ICP to the Nepali authority,” Navaraj Dhakal, executive director of the board, told Republica.

The ICP, which is a shared structure at the bordering point of two countries, is considered an important facility for trade logistics. It offers a common platform for traders to get customs clearance for the traded goods from one place. Apart from this, the ICP also offers services like immigration, banking, quarantine, warehouse, litigation, and parking yard under single roof, facilitating both importers and exporters.

According to the board, the newly-built ICP consists of eight buildings incorporating administrative works, dispensary, customs clearance system and security system, among others. In addition, the infrastructure also features four inspection towers, two warehouses, two import-export processing area and two weighing machines that can measure loads of up to 80 tons.

The ICP in Biratnagar-Jogbani is the second ICP along the Nepal-India border. It is an Indian grant project constructed with an estimated budget of Rs 1.82 billion. Nepal's first ICP at Birgunj-Raxaul border is in operation since April 7, 2018.

Dhakal said that the government has acquired 169 bigha land on the Nepali side to build necessary structures. “Similar to the ICP in Birgunj, the ICP in Biratnagar will also support railway-based cargo movement up to Nepali land from the Indian seaports,” he said, adding that India, for the purpose, has built railway track till Katihar of Nepal.

The government has put construction of ICP in topmost priority as it helps ease the movement of traded goods across the border. Nepal and India had reached an agreement in 2005 to build ICPs at border points of Biratnagar, Birgunj, Bhairahawa and Nepalgunj. India has already brought to operation the ICP on its side Jogbani in 2016. The construction work on Nepali side was delayed due to slow progress in acquisition of land.

According to the board, it will authorize Himalayan Terminal Pvt Ltd to handle the Biratnagar ICP for the next six months. The private company, which is currently operating the dry port in Birgunj, will be providing 40% of its operating profits to the government. “We have called global tender to select the firm to operate the ICP after six months,” said Dhakal.

Indian government has also constructed a link road that connects the ICP to Biratnagar-Dharan road. Previously, Birgunj ICP had faced problem in movement of cargo due to the narrow road link.

Dhakal, however, claimed that there will be no such problem in Biratnagar ICP.

BIRATNAGAR, June 25: Dozens of houses in Biratnagar have been inundated and the public roads are completely covered with water... Read More...