KATHMANDU, Nov 21: A large crowd turned out at Bhrikuti Mandap to savor the musical presentations by renowned singers and musicians on Saturday for the Nepal Music Festival 2016.

The crowd became louder as different bands performed their melodious rhythms setting the stage on fire. The mass erupted in applause and cheer when singer Bipul Chettri made his way to the stage as the last performer. The exhausted ones regained their lost vigor and were at their loudest. They went so wild that security guards were having a hard time to control them.

There were other bands Eman’s Conspiracy (Maldives), Ashesh and the Nekhvam (Nepal), Kings among Men, Kramasha Nepal, The Kathmandu Cats & The Dirty boogie Brass who performed genres of metal, folk, blues, rock, rock and roll and

Nepal Musical Festival has been organizing concerts every year since 2012. 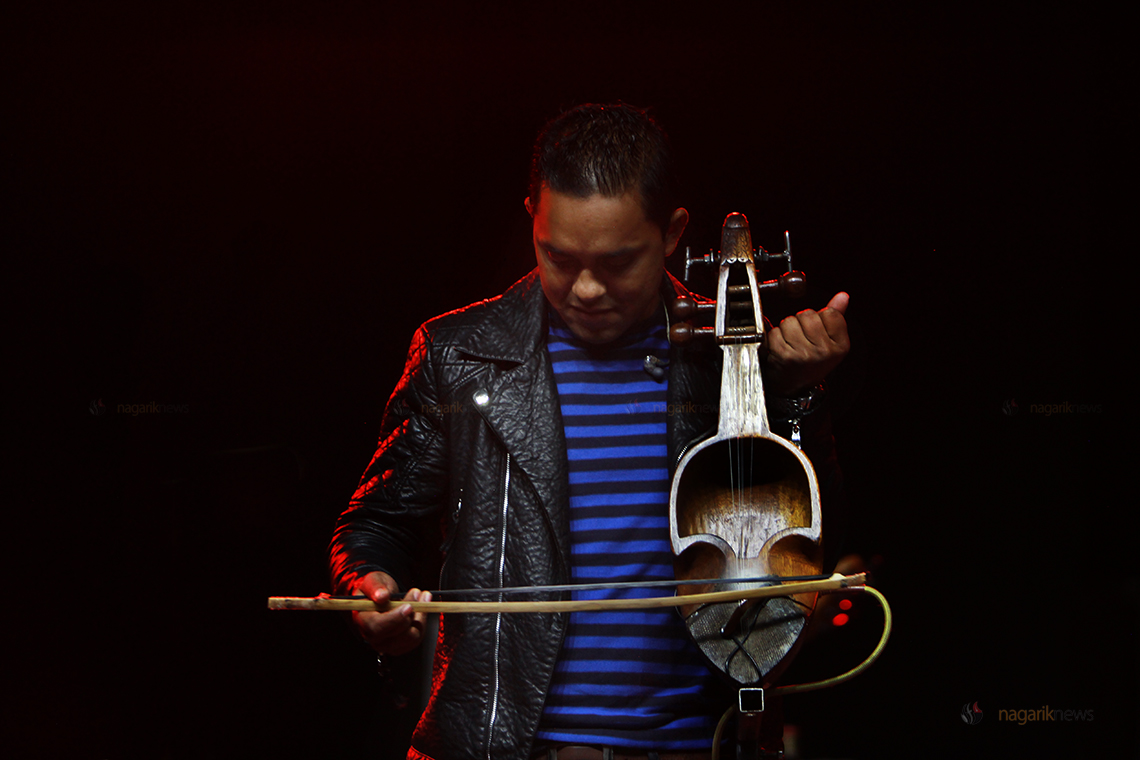 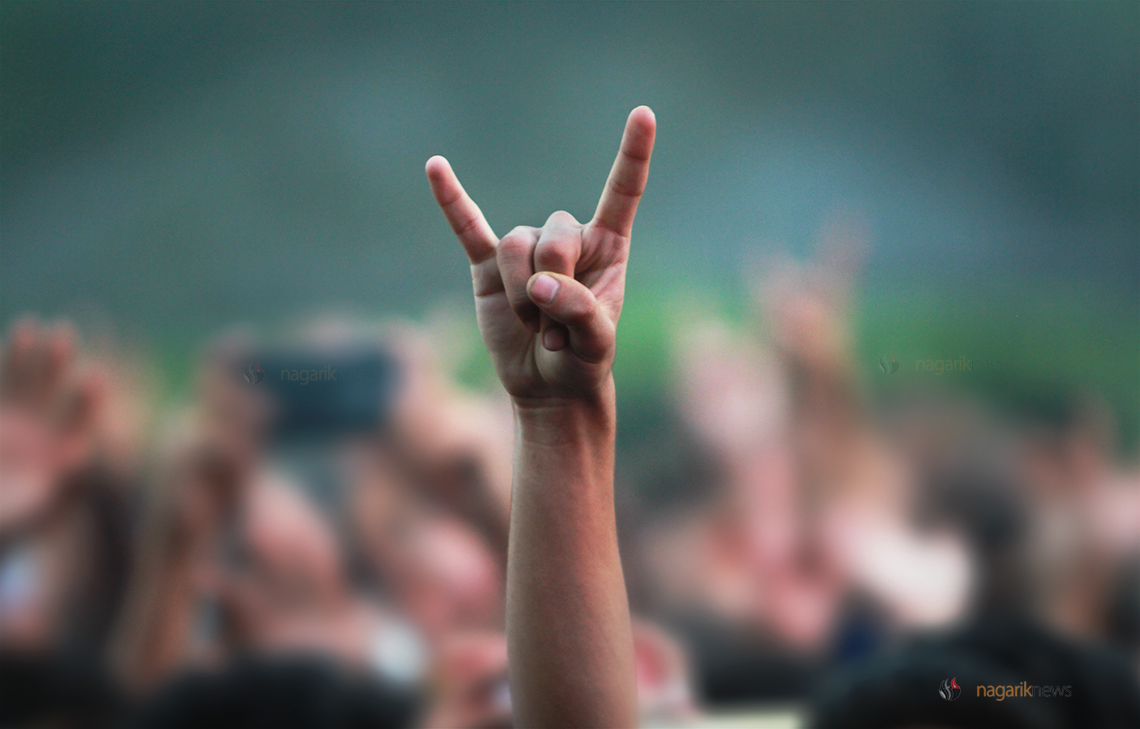 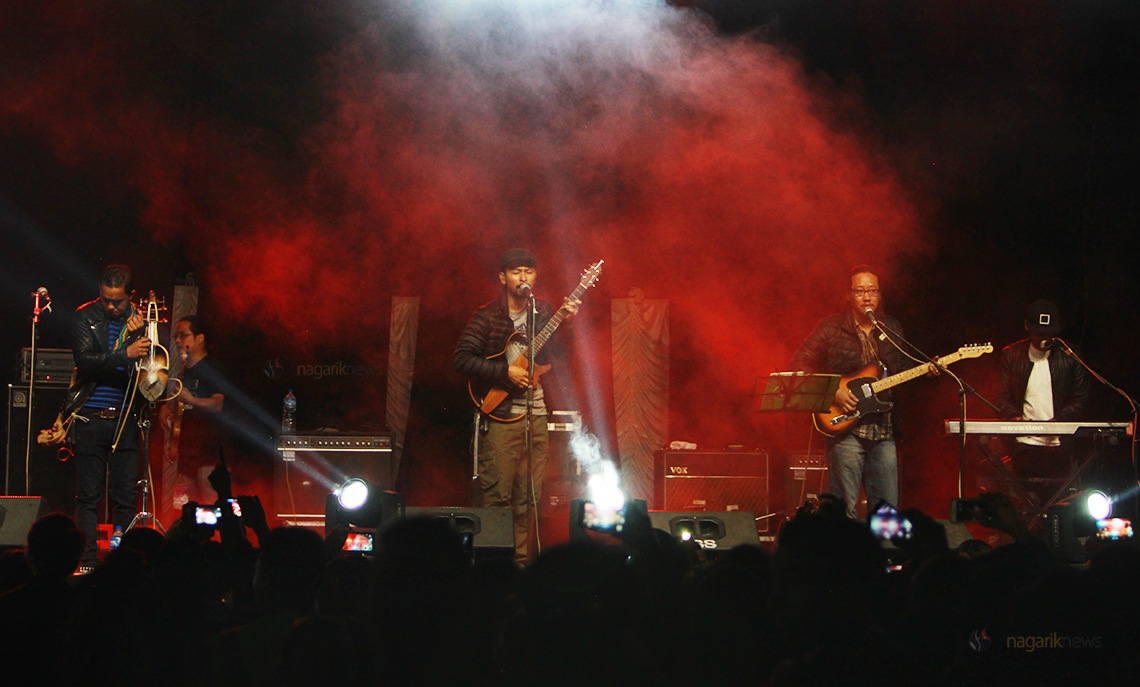 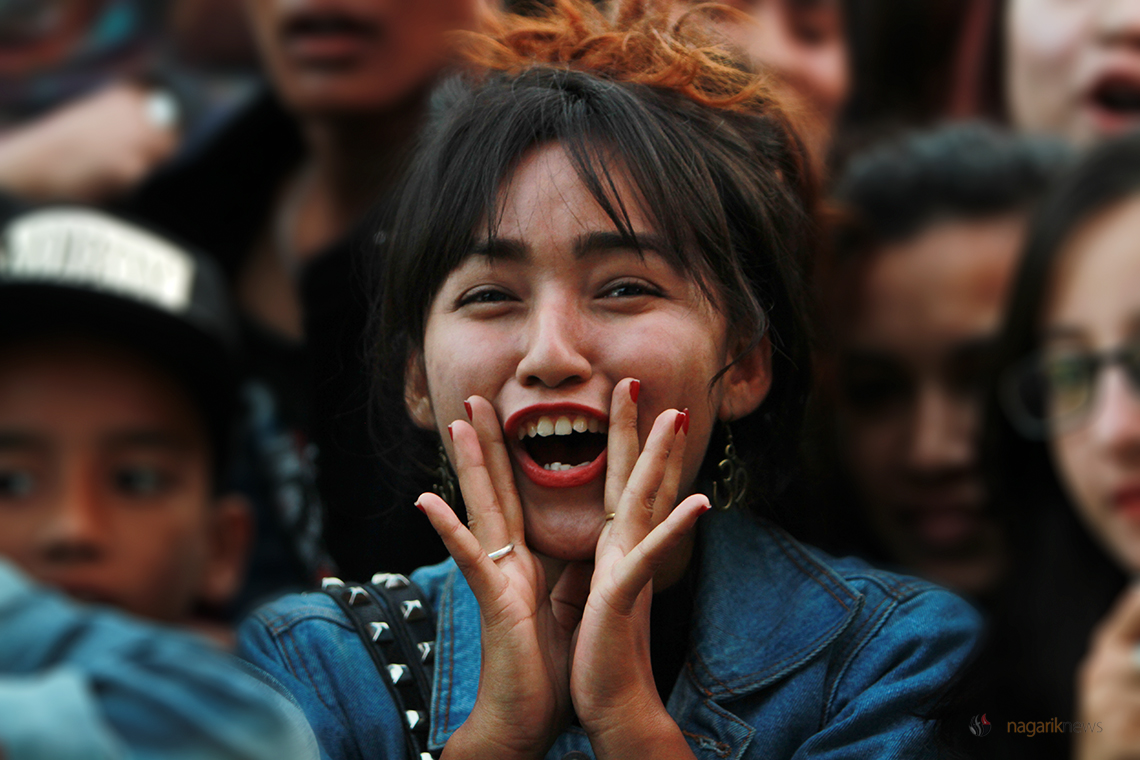 To mark the 70th Independence Day of India, the Indian Council and Culture Relations sponsored a concert of Astitva: The... Read More...

KATHMANDU, Sept 6: Hindu women across the country are observing the Rhishipanchami festival today as per the rituals. The festival,... Read More...