Biotechnology company is introducing Nepal to the world market 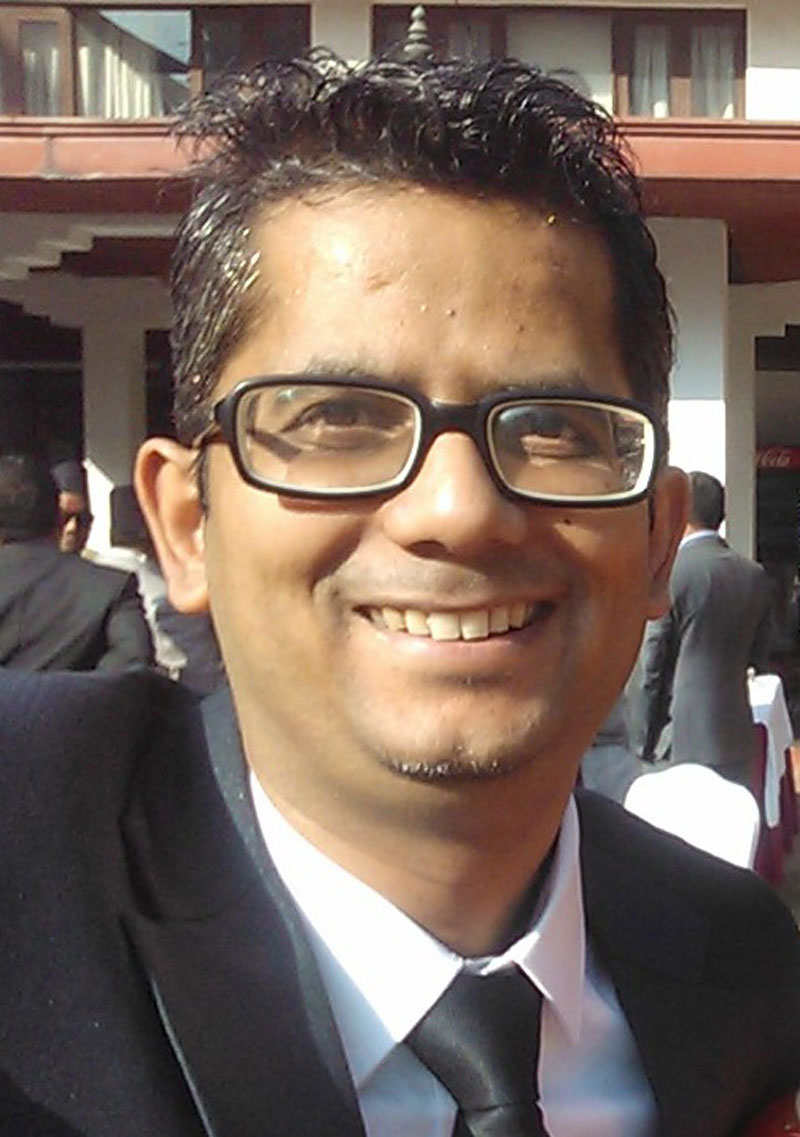 “Innovation not necessarily comprises a scientific breakthrough but seeks the immediacy of needs to be acknowledged,” asserts Rabindra Mohan Sapkota, 43, who is the chairman of Shikhar Biotech established in 2000.
In conversation with Republica’s Sonam Lama, he shares some of his insights on initiating the first biotechnological company in Nepal, followed by its different setbacks.

Tell us about Shikhar Biotech?
Shikhar Biotech is pioneer antibody production company in Nepal which was initiated by the parent biotech company based in the United Kingdom. Our company is a spin-off of the British-Nepali venture Everest Biotech Limited, UK.  We aim to manufacture and deliver the highest quality reagents and services to life-science researchers and other biotech companies worldwide.

How is Shikhar Biotech different from other biotech companies?
Yes. Many experiments in Nepal are carried out on plant biotechnology but we have been conducting a specific operation on producing and manufacturing goat antibodies. With a smooth manufacture and delivery of more than 3000 antibodies till date, we believe we are attained a renowned space in the international market with our products being on long term demand. We have a strong track record of testing thousands of high quality goat polyclonal antibodies on behalf of our previous parent company. This experience has enabled us to offer this service now to other companies or researchers at competitive prices without any compromise in quality.

How does Shikhar Biotech benefit Nepal?
With our company being recognized as an independent one, it has helped acquiring first hand contribution to boost the economy of Nepal. Our rigorous research and hands on activities have increased the growth in productivity. Our operations run further with promoting goat rearing in several villages such as Taulung which has earned a good source of income for the village farmers. On this note, we have gradually been able to provide technological materials such as cell lines to students of Kathmandu and Tribhuwan Universities. We are now extending our work to developing new products within Nepal.

What were the setbacks of initiating a pioneer company in Nepal?
There were certain challenges since its inception as there was a congested market with people being highly unaware of biotechnological studies. So we primarily had to struggle for an access to the market outside Nepal. Moreover, limited amount of revenue and acute lack of investments occurred with the scarcity of raw materials and services. In context of Nepal, the financial crisis has been lagging us behind. However, in the case of availability of ample resources, we still fall short for research, innovation, and awareness.

What are your further plans?
One of our long term plans is to include the development of testing material of vitamin D. This tester is used to detect the content of Vitamin D in a human body through antibody platform.  In order to make it easily accessible and cost cheaper in Nepal, the research on producing diagnostic kits have been under high consideration. We have been conducting researches on developing the glucose tester in Nepal which would serve Nepal in the long run.

India's river linking project is a huge disaster for Nepal

NEPALGUNJ, Aug 5: The ambitious river-linking project of India has turned out to be a huge disaster for Nepal, causing erosion... Read More...