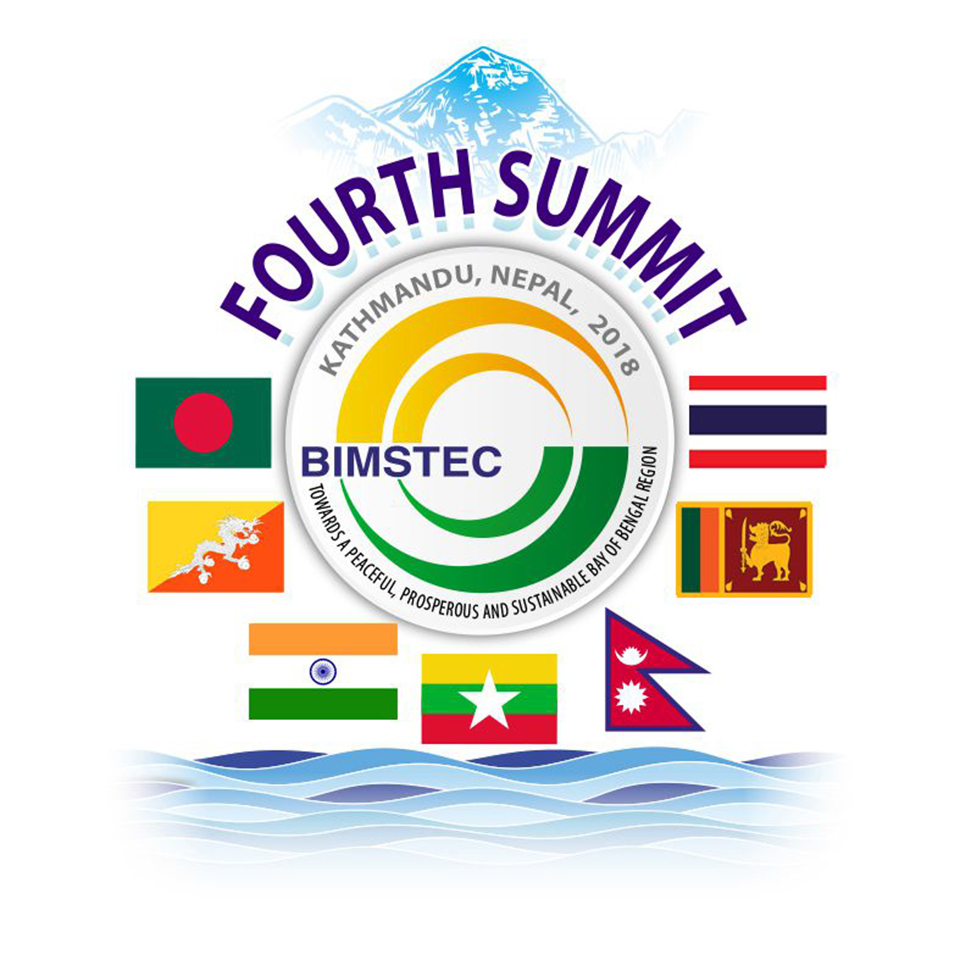 KATHMANDU, Sep 1: The fourth Summit of BIMSTEC (Bay of Bengal Multi-Sectoral Technical and Economic Cooperation) concluded on Friday, issuing an 18-point Kathmandu Declaration that lays huge emphasis on the development of multi-dimensional connectivity among member states for economic integration and socio-economic development in the region.

The two-day summit participated by the heads of  state or  government of Nepal, India, Sri Lanka, Bangladesh, Bhutan, Myanmar and Thailand took various major decisions to bring institutional reform to BIMSTEC, promote trade and investment through enhanced connectivity and trade facilitation measures and further cooperation among member states, and to combat terrorism and various other transnational crimes.

In regard to enhancing connectivity among the member states, they agreed to establish multi-modal transportation linkages and smooth, synchronized and simplified transit facilities through the development, expansion and modernization of highways, railways, waterways, sea routes and airways in the region.

According to Minister for Foreign Affairs Pradeep Kumar Gyawali, the Asian Development Bank is currently carrying out the Master Plan work at the request of Thailand. It is said that the US$50 billion plan will have a total of 167 connectivity components.

Addressing a news conference organized after the conclusion of the BIMSTEC summit on Friday, Minister Gyawali informed that the summit decided to establish a BIMSTEC Permanent Working Committee to deal with administrative and financial matters of the Secretariat, and BIMSTEC Centers and Entities for the institutional reforms to the body.

The summit decided to prepare a draft of the charter for the organization, defining a long-term vision and priorities for cooperation. This draft will be considered by the BIMSTEC Permanent Working Committee for its adoption by the fifth summit.

“The summit agreed to enhance the institutional capacity of the BIMSTEC Secretariat through financial and human resources to enable it to initiate projects and programs. It also agreed to raise the numbers of directors to seven, one from each member state, in a staggered manner,”  Gyawali said.

Besides reaching an agreement in principle to review, restructure and rationalize the existing areas of cooperation and streamline them, the summit directed that the possibility of establishing a BIMSTEC Development Fund be explored, with voluntary contributions from member states.

In a bid to promote trade and investment, BIMSTEC member states reaffirmed their commitment to an early conclusion of BIMSTEC Free Trade Area negotiations, agreements on Trade in Goods and Customs Cooperation and revitalization of the activities of BIMSTEC Business Forums and the BIMSTEC Economic Forum.

The  member states also pledged to enhance cooperation to tackle the effects of climate  change, promote cooperation in energy and technology transfer, and enhance  preparedness to tackle natural disasters. Cooperation in various other areas such as agriculture, fisheries, public health, people-to-people  contacts, cultural cooperation, tourism, mountain economy and blue economy are  also among issues discussed in the BIMSTEC summit.

The summit expressed commitment to eradicating poverty in the region by 2030 in line with the Agenda 2030 for Sustainable Development of the United Nations. While calling upon  member states for early ratification of the Convention on Mutual Legal Assistance in Criminal Matters, the summit decided to strengthen cooperation among law enforcement, intelligence and security agencies of member states and hold meetings at the level of home ministers in a bid to curb terrorism and trans-national crimes.

The leaders have agreed to promote people-to-people contacts at various levels. Besides reaching agreement to finalize the terms of reference of the BIMSTEC Network of Policy Think Tanks, the summit has agreed to explore the possibility of establishing appropriate forums for parliamentarians, universities, academia, research institutes, cultural organizations and media community to expand the scope of people-to-people contact.

They also agreed to establish a Buddhist Circuit and hold meetings of BIMSTEC Cultural Ministers and BIMSTEC Cultural Festivals at regular intervals. The member states reaffirmed their commitment to developing and promoting a Buddhist Tourist Circuit, a Temple Tourist Circuit, an ancient cities trail, eco-tourism and medical tourism. As a part of promoting tourism among member states, Nepal has offered to host a BIMSTEC tourism conclave in Nepal in 2020, coinciding with Visit Nepal Year 2020.

The summit, however, could not conclude a few other agreements that were expected to be signed. BIMSTEC member states directed that the BIMSTEC Coastal Shipping Agreement and the BIMSTEC Motor Vehicle Agreement be concluded at the earliest possible.

All member states confirm their participation

KATHMANDU, Aug 23:  All member states of BIMSTEC have confirmed their participation in the Fourth Summit and the meetings preceding... Read More...

In Pictures: Protest against Citizenship Bill
44 minutes ago