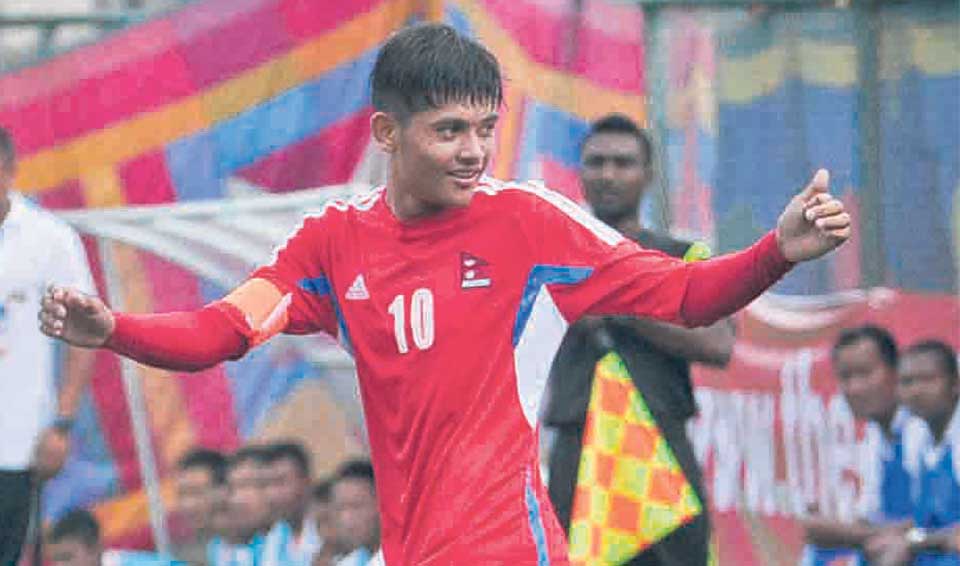 Magar agreed on terms on a three-month deal with Mohun Bagan, who currently sits on fourth place in I-League. Magar said that he has agreed to sign for the Kolkata team, but didn’t disclose the signing amount.

“We had decided to release some players if we got good players in comparison to the players we have. So, Bimal has got a good chance. We want to bid a proper farewell to him,’’ said TSC’s General Secretary Sanjeev Shilpakar. “Bimal’s experience with a big Indian club will definitely help Nepali football.’’

Magar had earlier played for Belgian outfit Anderlecht U-19 team.

Mohun Bagan is fourth on 17 points from 11 matches in the 2017-18 season, while Minerva Punjab Football Club is at the top of the standings with 25 points from 10 matches. During the league, a total of 10 teams will play against each other two times each in home and away format.

Magar informed that he will leave for Kolkata either on Sunday or on Monday. Mohun Bagan will face Shillong Lajong on February 3 in the league at the Salt Lake Stadium in Kolkata.

KATHMANDU, Aug 3: More than Rs 1.5 million collected to save the life of a Nepali migrant Dil Bahadur Ghatri... Read More...