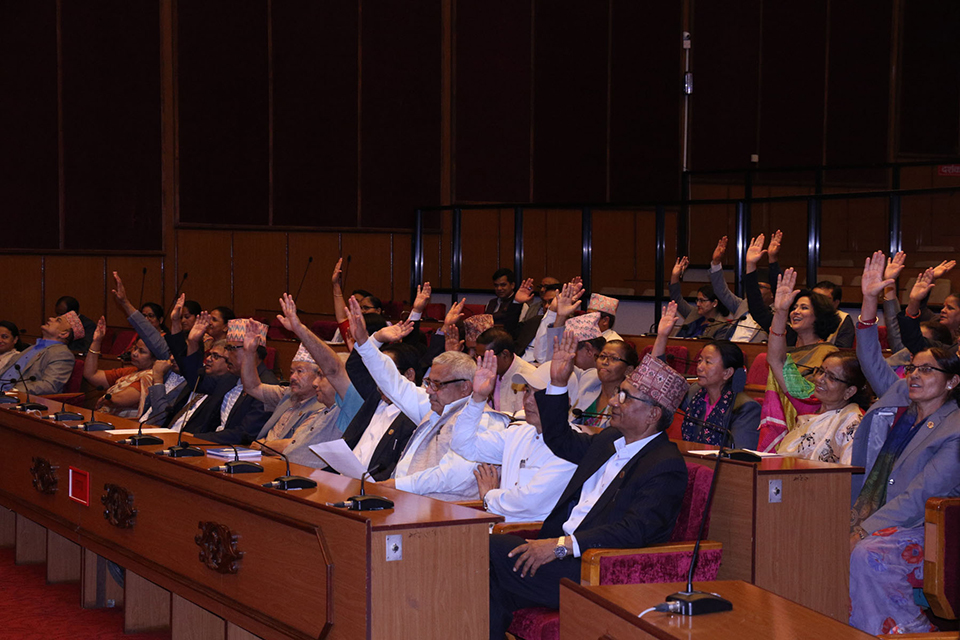 With the endorsement of these bills, the budget for the coming fiscal year has been passed. The House of Representatives had passed the Appropriation Bill, 2076 on Monday. On the occasion, Finance Minister Dr Khatiwada informed the Upper House that the government had aimed at ensuring secondary education free of cost and that the concept of compulsory departure to foreign countries for higher education must be declined.

This concept, as he argued, would be gradually declined because the colleges and universities providing international standard education were growing in Nepal. However, he presented the data that the students opting for abroad study were spending Rs 45 billion annually, forcing the foreign currency flight which dents impact on the balance of payment and ultimately on the country's economy. Time has come for the country to take initiative to retain the hard-earned foreign currency, he said, sharing the information that the arrangement was being made to ensure that parents of those leaving for abroad study to produce a certificate of tax payment. He made this remark while responding to lawmaker Jitendra Dev's query why the students going abroad were being imposed two percent fee. The National Assembly would meet next on July 19.

KATHMANDU, Oct 12: With the dissolution of the House of Representatives, several important bills presently in the National Assembly have... Read More...

Fraud on the rise in foreign employment
9 hours ago

NC leading in vote-count under FPTP category of HoR and PA elections
13 hours ago
Why is Climate Finance a Focus Area for Nepal?
4 hours ago