Bill related to Media Council was not discussed within party: Leader Nepal 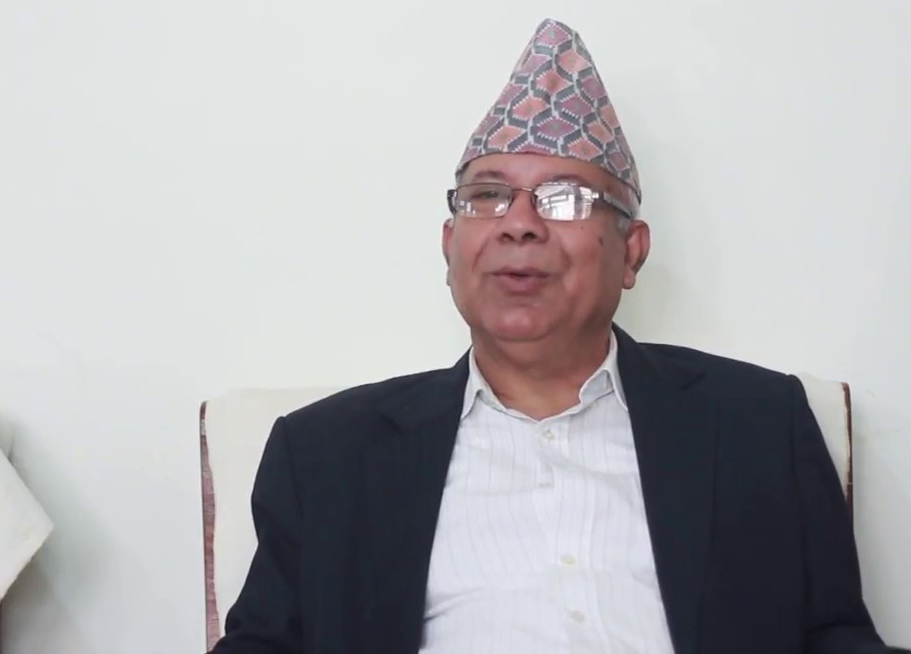 DANG, May 20: Senior leader of Nepal Communist Party (NCP) Madhav Kumar Nepal has shared that the Media Council Bill that was registered in the parliament by government on May 9 brought without discussion in the NCP.

Stating that some dispute concerning the registration of the Bill had emanated since it was brought without consultation, leader Nepal assured that the provisions in the Bill that were against the welfare of journalists would be amended. At a press conference organized by Press Organization Nepal, in Dang today, Nepal said he had acknowledged the dissenting voices of journalists on the Bill, he spoke of the need to correct the attitude of some media houses working arbitrarily.

“It is imperative to control those tendencies of writing arbitrarily that could dampen the national sentiments but I assure you all that the Bill that infringes on freedom would not be enacted,” assured the former Prime Minister. Calling upon the journalists and State organs for their positive intervention to buck the anomalies prevailing the media sector in Nepal, he expressed his displeasure on publishing misleading information and malicious news and analysis about himself in media.

Nepal viewed that those journalists publishing misleading and exaggerated news should be brought to book. On a different note, he urged the major opposition party-Nepali Congress- to develop a positive mental attitude and take forward positive and right information among public.

Businesses, industries to get one-third waiver on insurance premium during lockdown
8 hours ago