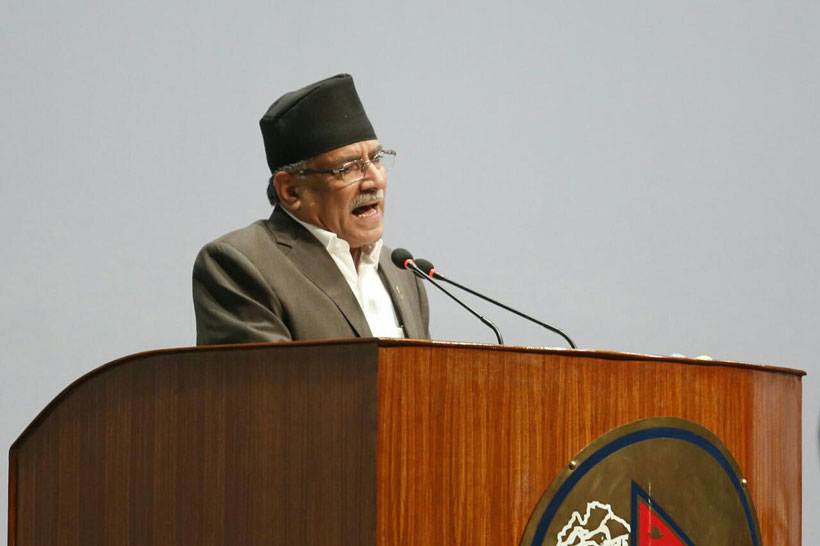 “Is he an agent of Delhi or is he a Nepali leader?” wondered Bijukchhe while addressing the seventh general convention of his party at Sallaghari, Bhaktapur. “It seems he is an Indian Trojan horse,” he added.

Bijukchhe said the former rebel Maoists and the Communist Party of Nepal (Unified Marxist-Leninist) merged to form the NCP just for the sake of power and pelf. “Both those entities are parties of opportunists. They merged despite their sharp ideological differences because all they really wanted was power and money,” he further said.

Bijukchhe, whose party has not had any decisive influence in recent years except in Bhaktapur, voiced serious concern over the deepening economic crisis and the soaring imports from neighboring countries. Bijukchhe has been the party’s chief since 1969.

During the general convention, party representatives gathered from various parts of the country are expected to elect a new leadership. It is not clear whether or not Bijukchhe will hand over the helm to someone younger.

Ahead of the 2017 elections Bijukchhe had announced that he would not contest from Bhaktapur-1, where he had been winning since long back. Prem Suwal, another leader of the party, had contested and emerged victorious from that constituency.

KATHMANDU, July 25: Stating that the possibility of the split of his party is not over yet, chairman of the ruling... Read More...

President confers decorations and awards on 903 individuals
27 minutes ago

4.4 million doses of Vero Cell vaccines arrive in Nepal on Friday
1 day ago