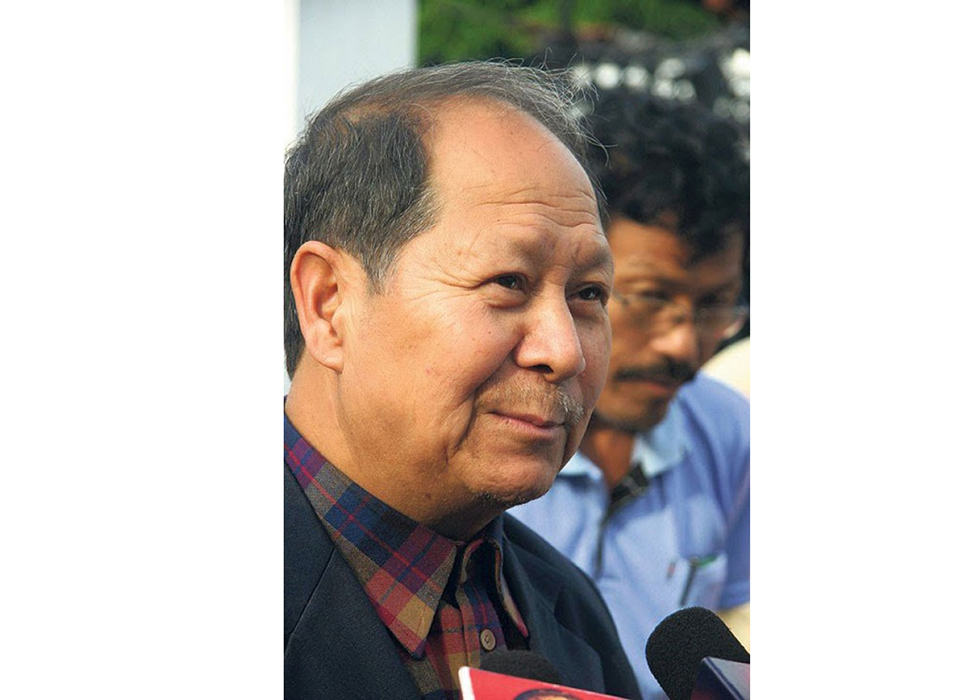 KATHMANDU, Sept 25: Communist stalwart Narayan Man Bijukchhe has remained at the helm of the Nepal Workers Peasants Party (NWPP) ever since he founded the party in 1975.  Forty-four years on, there is no sign of him stepping down anytime soon.

A day after he was reelected to the office through the party’s seventh general convention, Bijukchhe on Tuesday said that he wouldn’t step down until his dream of socialist Nepal comes to fruition.

“I decided to continue considering the fact that Nepal is yet not on the path to socialism,” Bijukchhe said during an interaction with reporters. He described it as his compulsion than personal interest to lead the party.

Bijukchhe said that he would hand over the party’s reins to the younger generation once the ‘revolution’ comes to an end. He, however, didn’t clarify what the revolution would entail.

Monday’s reelection makes Bijukchhe one of the longest-serving chairmen of the communist parties in Nepal. CPN-Masal General Secretary Mohan Bikram Singh is probably the only communist leader to remain in the party’s helm longer than Bijukchhe.

As the party’s seventh general convention kicked off in Bhaktapur on Friday, many were hopeful that Bijukchhe would pass the reins of the party to the new generation.

NWPP has been gradually losing its attraction in recent years. The party’s base, which once extended up to Jumla in the west, has now been confined to Bhaktapur.  In 2017, NWPP had fielded Prem Suwal, Bijukchhe’s potential successor, from Bhaktapur-1, the party’s traditional bastion, in the parliamentary election.

Despite his craving for leadership, Bijukchhe has long distanced himself from power politics. He had repeatedly denied offers to join the government. In 2015, during KP Oli’s first term as prime minister, Bijukchhe had rejected an offer become deputy prime minister.

NWPP still holds considerable sway in Bhaktapur, a city that has long based its plans and policies on Juche ideology, a philosophy popularized by former North Korean leader Kim Il Sung that promotes ideas of self-reliance.