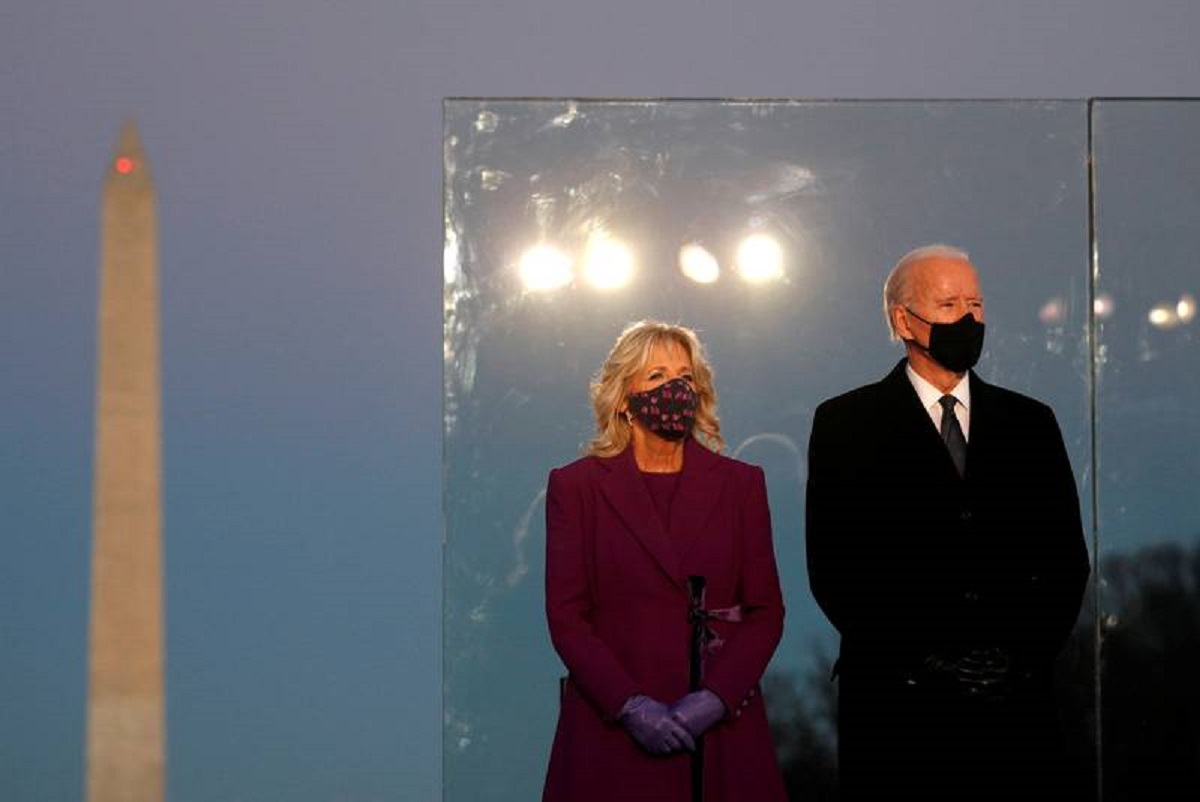 LOS ANGELES, Jan 20: Within hours of being sworn in as president on Wednesday, Joe Biden will announce an immigration bill that would open a path to citizenship for millions of immigrants in the country unlawfully, a sharp contrast to the policies of outgoing Republican President Donald Trump.

Biden, a Democrat, will also sign 15 executive actions on Wednesday, spokeswoman Jen Psaki said. At least six of those will deal with immigration, according to a memo, making it a major focus of Biden’s first day in office.

The actions include immediately lifting a travel ban on some, mostly Muslim-majority countries, immediately halting construction of the U.S.-Mexico border wall and reversing a Trump order preventing migrants who are in the United States illegally from being counted when U.S. congressional voting districts are next redrawn.

Biden will also sign a memorandum directing the Department of Homeland Security and the attorney general to preserve the Deferred Action for Childhood Arrivals (DACA) program, which protects migrants who came to the country as children from deportation, and reverse a Trump executive order calling for stricter interior immigration enforcement.

Taken together, the actions show Biden is beginning his presidency with a sharp focus on immigration, just as Trump kept the issue at the center of his policy agenda until the last days of his administration. In one of his few post-election public appearances, Trump visited a section of the U.S.-Mexico border wall earlier this month.

Biden’s decision to immediately roll back Trump’s so-called Muslim ban - which targeted travelers and immigrants from several Muslim-majority nations - underscores his desire to restore U.S. standing in the world. While Trump insisted the ban was instated for security reasons, it was widely panned as discriminatory.

Lifting the ban may be an easier task, however, than getting Congress to pass the ambitious legislative proposal Biden plans to submit on Wednesday. The proposal will lay out an eight-year road map to citizenship for many of the estimated 11 million immigrants living in the country unlawfully, according to a fact sheet distributed to reporters by incoming White House officials on Tuesday.

Eligible immigrants who were in the country as of Jan. 1 will be given a temporary status for five years, before being granted green cards for permanent residency, which is subject to certain requirements, such as background checks. They could then apply for citizenship after three more years, officials said.

The wait time for legalization would be shorter - three years - for some of the approximately 645,000 beneficiaries of the DACA program and more than 400,000 immigrants living in the United States with Temporary Protected Status (TPS). It would also be expedited for some farmworkers.

Many DACA, TPS holders, and farmworkers would be immediately eligible to apply for green cards, officials said.

DACA and TPS currently offer eligibility for work permits and protection from deportation but no permanent legal status.

Trump tried to end DACA and phase out TPS for some countries but was stymied in federal court. One case challenging DACA is still pending in Texas.

If passed, it would be the largest legislative overhaul of the U.S. immigration system since the administration of Republican President Ronald Reagan in the 1980s.

For decades, Congress has failed to pass a major immigration reform bill. While Democrats effectively hold a majority in the House, the Senate is divided 50-50 with incoming Vice President Kamala Harris as the tie-breaking vote. A lack of bipartisan support has hampered past efforts to overhaul the immigration system.

Passing an ambitious bill with Republican support could be a struggle, said Jessica Vaughan from the Washington-based Center for Immigration Studies, which backed many of Trump’s most restrictive policies. “I think this is more about symbolism,” she said, referring to the immigration bill’s goals.

In the meantime, Biden faces a more immediate issue. Migrant caravans have been on the move in Central America, with some aiming to arrive at the southwest border after Biden’s inauguration. On Monday, baton-wielding Guatemalan soldiers clashed with migrants, removing a large part of a caravan that included women and children.

Incoming national security adviser Jake Sullivan said on a call with reporters on Tuesday that it would be “unwise” for migrants to come to the border now because of limited capacity to process asylum claims.

“The situation at the border is one we intend to change, but it is going to take considerable time for us to be able to change it in an effective way,” he said.

Trump wins Florida, locked in other tight races with Biden