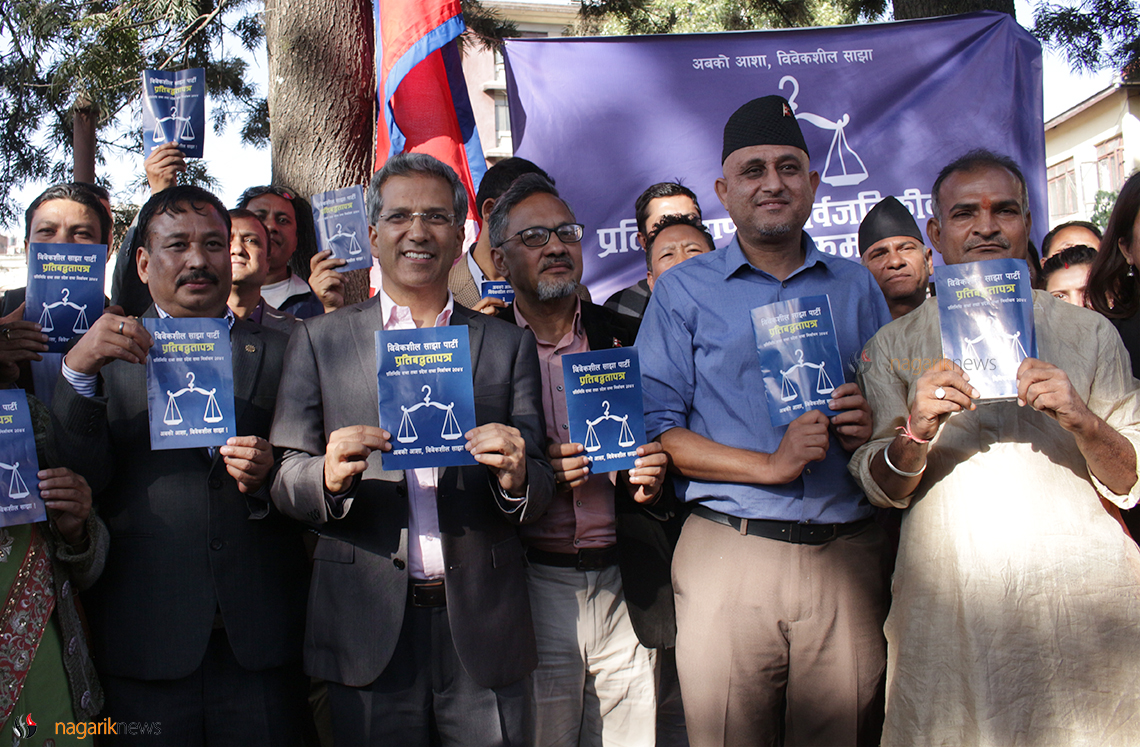 KATHMANDU, Nov 10: In a surprising move, Bibeksheel Sajha Party (BSP) publicized its political commitment, as well as a pocket book on corruption at the premises of Dharahara today. The booklet highlights underlying reasons of corruption in politics and society, briefly lists major corruption scams of Nepal; cost incurred and involved parties. These include Lokman Karki’s appointment, tax frauds, Nepal Oil Corporation’s land scam, the then horse-trading of parliamentarians, NAC plane deals and Sudan scam among others.

One of the supporters of BSP at today’s program, Abhinav Aryal of Kaldhara, argued that the booklet would educate citizens on major corruption issues and equally support BSP in its election campaign.  “By reading the booklet, each informed citizen will have ample reasons to vote for alternative parties,” Aryal opined.

Rabindra Mishra, the party’s coordinator urged voters not to be skeptical to vote BSP as they have plans, policies and ethics to propel Nepal’s development. “For long, we, as citizens, have become victims at the hands of the leaders that we’ve voted for,” Mishra, who sparked confidence and commitment during his speech, said. Linking citizens’ prosperity with a country’s development, Mishra added, “as long as our country doesn’t prosper, we don’t either.”

He highlighted that as citizens didn’t have alternative parties, they repeatedly voted to same candidates. “We have commitment, plans, vision and ability to transform Nepal into a prosperous nation—in our lifetime so vote for us,” Mishra appealed.

KATHMANDU, Nov 10: Bibeksheel Sahja Party (BSP)  unveiled its election manifesto on Friday, with a vision of transforming the country into... Read More...