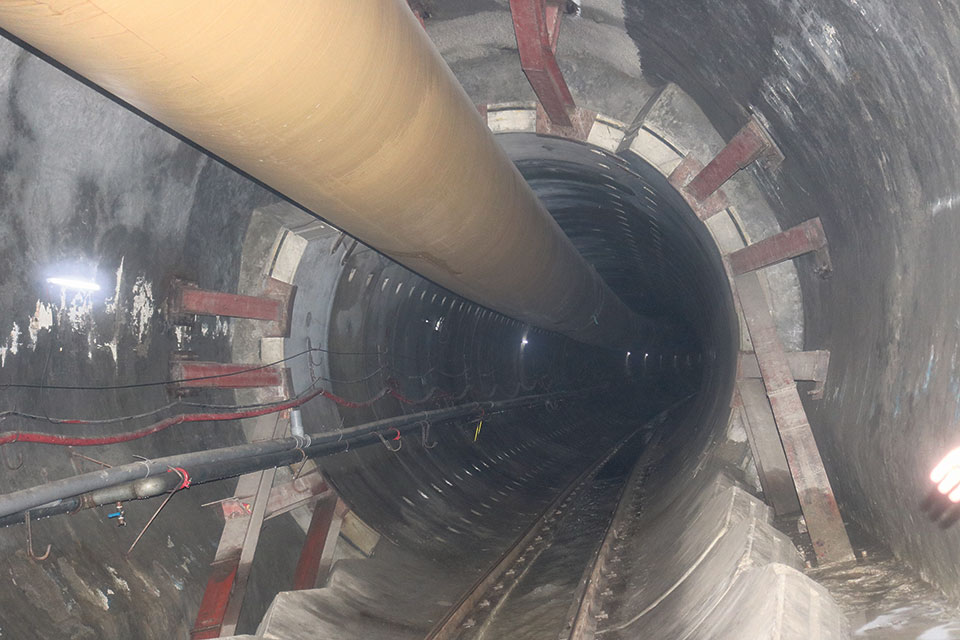 SURKHET, Oct 6: Except for some satisfactory progress in digging tunnel for the Bheri Babai Multi-Purpose Project, other essential works that were supposed to be completed in parallel with the tunnel are yet to be started.

For two key infrastructure for the project -- dam and powerhouse -- not even the contract process has started yet. For the tunnel, work progress is near the mark of 70 percent in a period of less than a year.

The project will not only produce 48 MW of electricity but will also irrigate 51,000 hectares of land in Banke and Bardiya districts.

Senior divisional hydro geological engineer of the project, Krishna Upadhyaya, said: “We have forwarded the proposal to the department after a study on a dam including a bridge as well as a powerhouse. But we have not received any decision yet.”

Only after the pre-qualification notice, the project office can begin process of procurement for the construction of the mega project. Due to these delays the project is sure to miss the deadline for completion, which is April 2022.

The tunnel works started with tunnel boring machine, a new technology for the country, in November last year. The process has already passed through major risk zones, assuring technicians that it can go with full fledge. Geology inside tunnels and hills are unpredictable, according to experts.

A project engineer told Republica that the project would be delayed because of the previous delays to start tunnel digging, as they had to wait for work progress in the tunnel before starting other key works.

Other pending works include land acquisition for the dam site, which has not yet taken place. The locals say that they have demanded another survey of the dam site, stating that the previous survey carried out five years ago had studied the area for dam considering flow of river in the dry season. A 15-meter-high dam is proposed under the project on the Bheri River for diverting water to the Babai River via the tunnel.

Gehendra Pandey, a local of the dam site, said: “The project is yet to acquire the land and pay compensation for the land that will be submerged by the dam, though the project deadline is approaching fast.”

“We have also demanded survey of the dam site again that would consider the river discharge in rainy season as well,” said Pandey.

67% PROGRESS IN TUNNEL DIGGING
Sixty-seven percent of the tunnel works in Bheri Babai Multi-Purpose Project has been completed so far. According to the project’s hydro geologist Anil Khatri, they have already dug the tunnel of 8.1 km out of the total 12 km. At the current pace, tunnel works may be completed by the end of April next year, Khatri claimed. Through the tunnel, water of Bheri River at Chiple will be diverted to Babai River at Hattikhal.

TANAHUN, Nov 17: The work of digging a 560-meter-long section of the tunnel toward the power house of Tanahun Hydropower... Read More...

Tunnel to be built at Koteshwor to ease traffic congestion

Nagdhunga-Naubise tunnel road to be built by 2022

KATMANDU, Dec 21: Travelers, who have been enduring severe traffic congestion while passing through the windy Nagdhunga-Naubise road, are likely to... Read More...

In Turkey, night fills with screams and crying as earthquake rescues go on
55 minutes ago