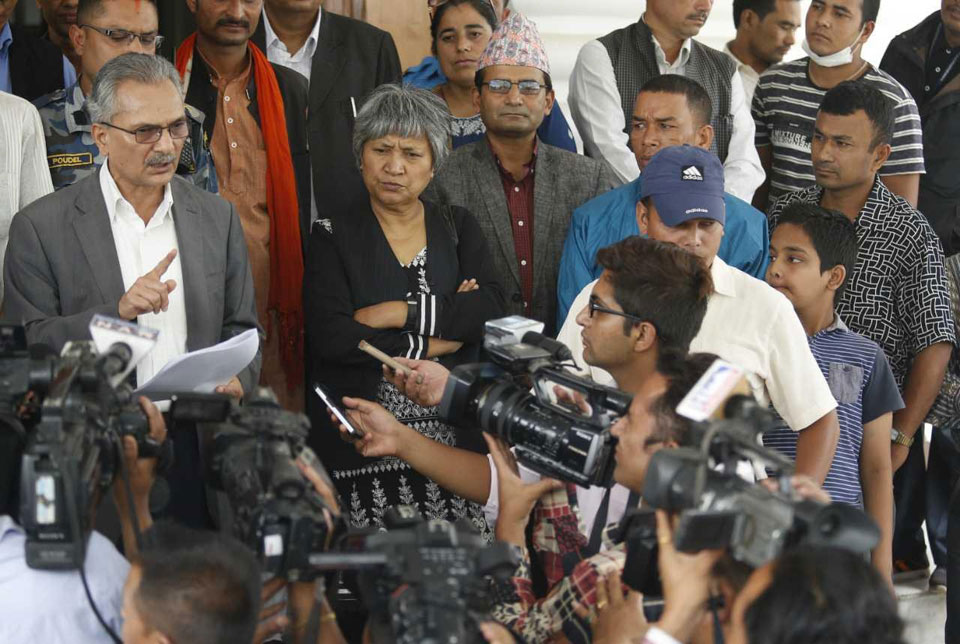 The NSPN and Bhattarai demanded to terminate the agreement between the Ministry of Energy and the Gezhouba regarding the project immediately.

The party has raised questions over the credibility of the company and questioned the capacity of the developer to build the project. Handing over the memorandum, the party claimed that the company does not have a track of competency in Nepal.

The company could not construct 60 MW Trishuli 3A in slated time, Upper Sanjen project, initiated by the company has been blacklisted, the government had to seize the deposit amount of Chilime project following breach of contract as the company failed to build the project and the company took more than 10 years to build 30 MW Chameliya Project in which the company had evaded tax of Rs.1.16 billion, reads the memorandum.

The party has accused the government for signing the MoU with the company without formulating proper policies and executing directives on EPCF model.

While handing over memorandum, former PM Bhattarai reminded PM Deuba that he had handed a memorandum 22 years ago.

As Bhattarai referred to the memorandum submitted by the then CPN (Maoist), which prepared background for the decade long armed conflict, PM Deuba replied that Bhattarai and his party had began the armed conflict before the deadline and ultimatum given to his government then.

According to NSPN leader Biswadeep Pandey, after sharing the light moment, the two top leaders also discussed about possibilities of amending the election related law. Bhattarai urged PM Deuba to create an environment and legal provision so that all political parties can compete in the election with their own election symbol.