ITAHARI, Nov 7: Nepali Congress leader Bijay Kumar Gachchhadar, who has been elected as member of parliament (MP) for five times, is contesting the upcoming elections from Sunsari-3. CPN-UML's Bhagbati Chaudhary, who was narrowly defeated by Gachchhadar in the second Constituent Assembly elections in 2013, is challenging the veteran NC leader's regime as a common candidate of the left alliance.

One-time influential NC leader Gachchhadar, who had parted his ways from the grand old party to join Madhesi Peoples' Rights Forum (MPRF) ahead of the 2008 CA elections, has returned back to his mother party almost after a gap of ten years. This time he is contesting the elections from the NC.

In the 2013 election, Gachchhadar emerged victorious by a slim margin and termed it as the toughest electoral battle in his political career.

"I faced the toughest ever competition in my four decade-long political career. Now onward, I will not lose any election," Gachchhadar had stated after getting elected in the second CA elections.

Bhagbati, who aims to defeat Gachchhadar this time at any cost, is expediting poll campaigns by adopting all election strategies. She became a lawmaker in 2008 under the nomination quota. She was also a state minister for forest and soil conservation during the Jhala Nath Khanal-led government.
Bhagbati, the chairperson of Forward Community Microfinance Institute, is also popular among the public. She is said to be loyal to UML party chief KP Sharma Oli and wants to attract voters utilizing her political and social affiliation.
Some analysts say that Gachchhadar has bolstered his position in the electoral constituency after joining the NC.

Both Bhagbati and Gachchhadar are from Duhabi and represent the same cast, Morangiya Tharu. Preliminary prediction indicates that one who succeeds to influence the Tharu voters will emerge victorious in the elections.

Gachchhadar, who has become a minister in each government formed after the restoration of democracy in 1990, does not think himself as a weak candidate.
Bhagabati has also consolidated her status as a strong contender. She is also taken as a trusted leader by her party.

Other candidates have also expedited poll campaigns in the district. However, all eyes are on the contest between Bhagbati and Gachchhadar.

Locals say monetary influence, mainly for smaller parties, could also be a decisive factor in the election result. They say fringe parties may influence voters at the last moment after getting economic benefits from the big parties.

"Money is decisive here [Sunsari]. Both Bhagbati and Gachchhadar will use money in the election," RPP local leader Sagir Minyan said, adding, "Our party's meeting will decide over whom to vote at the last moment although we have also fielded our own candidate."
The recent poll results as well as merger of Gachchhadar's Nepal Loktantrik Forum into NC seems to have made the Congress-led alliance relatively stronger than the left alliance.

However, UML leaders say they are in a comfortable position after Itahari, the stronghold of the communist party, was included in constituency 3 while delineating the election constituency.

"We are in a better position after 10 wards of Itahari Sub-metropolitan City were included in constituency-3," said UML leader Binaya Pokharel, adding, "However, it is not so easy to win the elections. Since we have maintained a good balance of candidacy selection based on caste, it will be easier to attract voters."

NC leader Gulabi Minyan, however, claims Gachchhadar will emerge victorious saying that the merger of two parties into one has bolstered their chances. 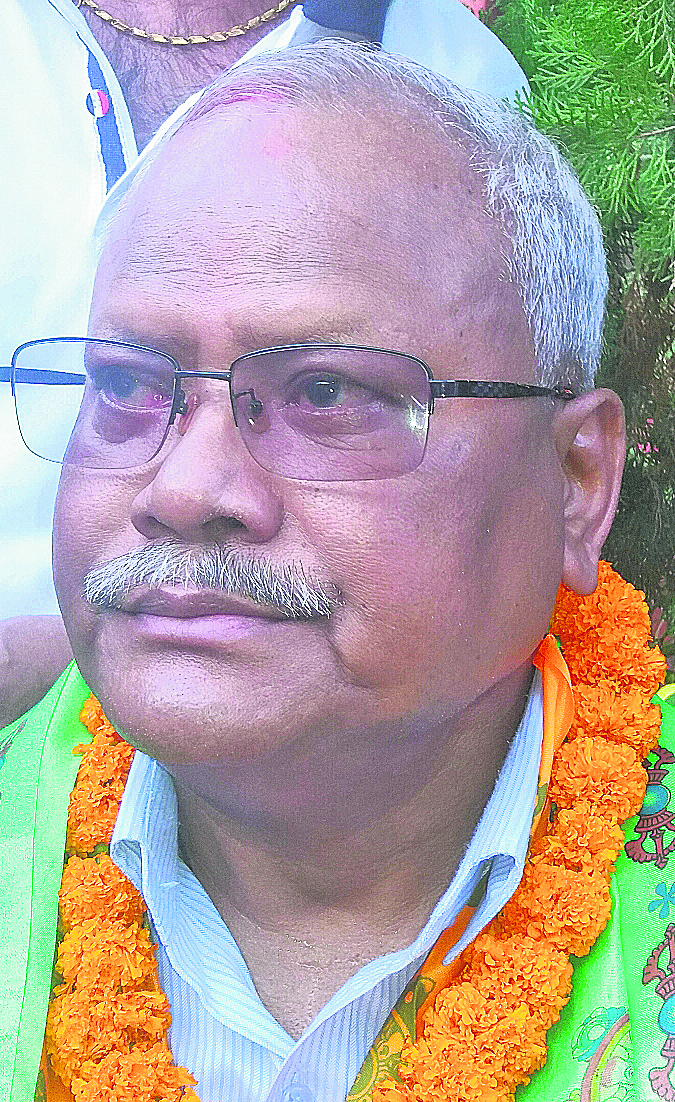 All roads of Sunsari will be blacktopped within five years: DPM Gachchhadar