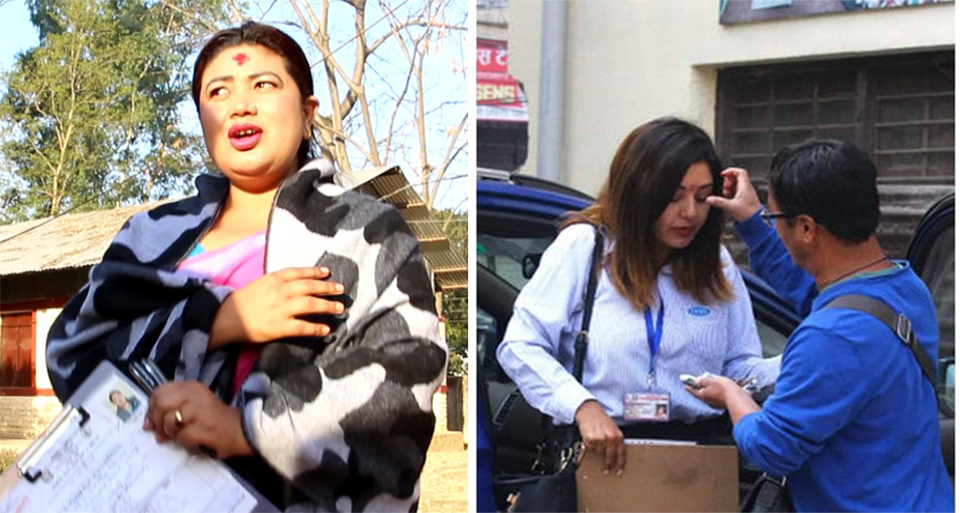 Lawmaker of ruling Nepal Communist Party (NCP) Chaudhary secured a B grade and passed the SEE along with her daughter Binu. Actress Manandhar has passed with a B+.

Chaudhary was a bonded laborer since the age of 8 and never had the opportunity to go to school. But after her emancipation in 2006, she developed a profound urge for schooling. She felt the urge even more after she joined politics and became a member of parliament from Dang.

Chaudhary expected to secure at least a B+ in the SEE. Although she has not secured that grade she does not feel disappointed. “The learning is more important for me than the grade. Both mother and daughter sat for the SEE and have achieved success together. What can beat this happiness,” she said.

Chaudhary helped lead the campaign for abolishing bonded labor. By the time she won her own emancipation, she was already past school-going age. Although her involvement in the campaign secured her political office, she was acutely aware of her lack of formal education.

Whenever people castigated lawmakers as illiterates, Chaudhary would feel the sting. And when fellow lawmakers would read and write effortlessly, she would be overcome with embarrassment.

Chaudhary decided to enroll in grade VII at a local higher secondary school in the village. She took the SEE after completing three years in school.

Similarly, Karishma Manandhar did not get a chance to study beyond grade VII. She was just 14 when she debuted in films.

As one success followed another in her acting career, Manandhar almost forgot the need for formal education. It was only after several years in films and a brief association with Baburam Bhattarai's Naya Shakti Party that she realized the importance of further schooling. She decided to enroll in grade VIII at Triveni Public School in Kathmandu.

Apart from regular school, she also attended supplementary tuition in math and accountancy.

“Nothing is impossible when you set your mind to it,” she said, talking to media.

KATHMANDU, June 27: The results of Grade 10 Secondary Education Examination (SEE) will be published within the afternoon, according to the... Read More...

SEE results to be announced tomorrow

KATHMANDU, June 25: The Office of the Controller of Examinations, Sanothimi is preparing to announce the result of the Secondary... Read More...

JANAKPUR, March 29: The Education Department of Province 2 has said that the subject question paper of Secondary Education Examination... Read More...