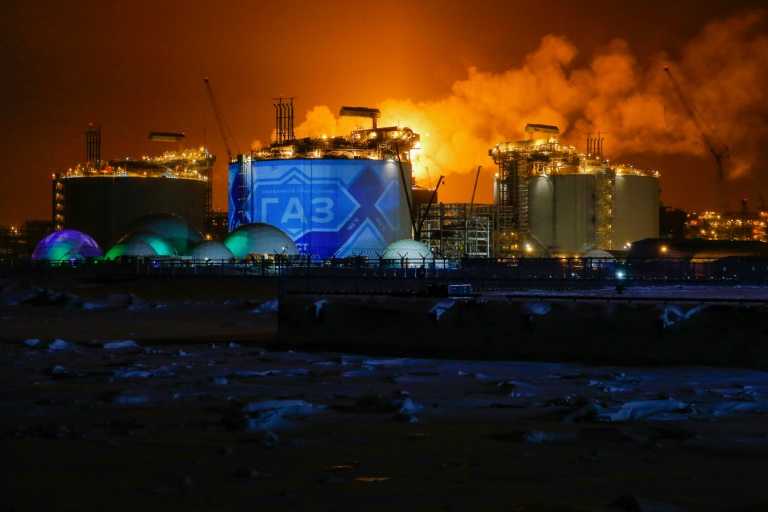 The question of Russian gas supply to Germany has caused divisions between Berlin and its allies. Photo Courtesy: AFP/RSS

BERLIN, Feb 12: Germany will put on a show of unity with the United States Tuesday in talks on importing natural gas, as Berlin battles accusations an under-construction pipeline deepens European energy dependence on Russia.

"Germany and the US share an interest in secure and dependable energy supplies," Altmaier said in a statement Monday.

"With LNG we can get gas from even more suppliers and increase our security of supply."

LNG as a potential alternative to Russian gas became a hot topic as construction on the Nord Stream 2 pipeline got under way last year.

The pipeline will double the capacity of an existing link between Russia and Germany, and combined with the planned Turkstream connection could remove the need to pump gas to Europe via Ukraine.

Kiev fears eliminating its role as a transit country will expose it to further aggression from Moscow, after Russia annexed the Crimean peninsula in 2014 and backed separatist rebels in Ukraine's east.

Meanwhile eastern EU member states including Poland and the Baltic nations, backed by the US, have complained the pipeline also undermines their security.

"We aren't fundamentally against Russian gas in Europe. But we're against too much Russian gas driving our partners into dependency," American ambassador to Germany Richard Grenell told the Welt am Sonntag newspaper.

Some 16 of the EU's 28 member nations share Washington's fears, he added.

On Friday she reiterated that "Germany has the right to secure its energy supply in a diverse way".

"That includes Russian natural gas, but not exclusively... we've made it clear that in future we will land LNG in Germany."

Earlier last week the intra-EU battle came to a head, when France said it would vote for common oversight of the pipeline -- potentially allowing opposing member states to strew obstacles in its path.

But Paris agreed at the last minute to leave the responsibility with Germany.

A near-unanimous final vote in favour of the compromise revealed "growing displeasure among the EU states over the attempted US influence", a European diplomat told AFP Friday on condition of anonymity.

The Kremlin capitalised on the failure of American lobbying, as spokesman Dmitry Peskov accused Washington of "underhanded competition" by trying to encourage Europeans "to buy more expensive American gas".

Altmaier said Monday his meeting with Brouillette was simply an opportunity to "discuss the development of the LNG import market with companies and energy industry federations" from both sides of the Atlantic.

"Competitive prices" for gas were a precondition of any import business, he underlined.

Deliveroo quits Germany to focus on other markets