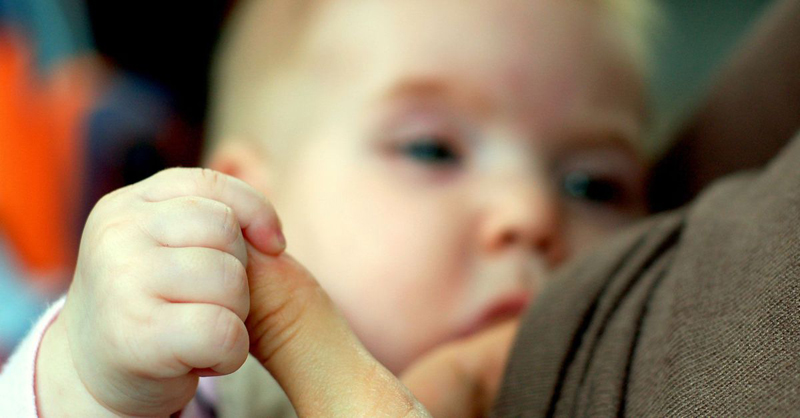 Despite clear legal provisions to discourage use of formula milk, pediatricians and health workers still prescribe it without hesitation.

Starting since 1992, the world celebrates breastfeeding week every year with rallies and myriad of promotional activities to encourage breastfeeding and improve health of the babies around the globe. These activities continue this week as well, with the theme ‘sustaining breast feeding together.’

Globally, only 40 percent of infants are exclusively breastfed and only 23 out of 194 countries have exclusive breastfeeding rates above 60 percent. No country in the world fully meets recommended standards for breastfeeding, according to a new report of Global Breastfeeding Collective, an initiative led by UNICEF and WHO to increase global breastfeeding rates.

The latest figure of Nepal Demographic Health Survey (NDHS-2016) shows that 55 percent of the newborns got chance to be breastfed within one hour of the birth whereas 66 percent of the children under six months were exclusively breastfed. This shows much needs to be done to make people aware about one of the most efficient interventions for the improvement of children’s health. In Low and Middle Income Countries (LMIC), like Nepal, breastfeeding could be the one of the best interventions for promotion of health of children throughout various stages of life.

One estimate of WHO and UNICEF says an investment of US$4.70 per newborn is required to increase the global rate of exclusive breastfeeding among the children under six months to 50 per cent by 2025. Such investment, goes the argument, could generate US$ 300 billion in economic gains by the same time.

Breastfeeding is linked with each of 17 Goals of Sustainable Development Goals (SDGs). Sustained breastfeeding will surely contribute to achievement of SDGs by 2030. Breastfeeding was found to be one of the efficient interventions in ensuring children’s health even during the most difficult times of natural disasters, including during the devastating earthquakes of 2015.

While such are the benefits of breastfeeding, we have failed to promote this practice in Nepal.  A number of harmful products substituting breast milk are easily available in the market. If you visit maternity wards of even sophisticated hospitals in Kathmandu, you will find most of the beds containing formula milk at their side. Nepal endorsed Nepal Breast Milk Substitute Regulation (1994) and Mother’s Milk Substitutes (Control of Sale and Distribution) Act (1992) more than two decades ago. Despite these legal provisions to discourage use of formula milk, seasoned pediatricians and health workers still prescribe formula milk without any hesitation.

In the countryside, mothers wean their babies before six months due to ignorance or overwhelming superstitions and taboos. The well off mothers in the cities use breast milk substitutes under advertisement influence, fear of losing beauty and physical shape though they are aware about breastfeeding benefits. The former needs awareness, while the latter needs encouragement to breastfeed.

Breastfeeding becomes challenging for working mothers. During the first six months, mothers have to breastfeed their baby more than eight times a day which is almost impossible for them. Mother should be allowed to have safe, clean and private place in or nearby their workplace to continue breastfeeding. The government and the hiring agencies should provide paid maternity leave, part time work arrangements, on site créches, and allow breastfeeding breaks. This will protect the basic right of the baby to be breastfed.

Ministry of Health and other line agencies should work for for raising breastfeeding rates among children below two years. The government should increase funding for promotion and protection of breastfeeding. Health workers should be trained on breastfeeding benefits and their access to people should be enhanced. Female community health volunteers should be mobilized for this purpose.

Needless to say, breastfeeding is of paramount importance for healthy growth and development of the child. We need to make it a national agenda. Every sector can contribute from their side for protection and promotion of breastfeeding.  Awareness about breastfeeding should be raised from school level. The sale and distribution of breast milk substitutes should be banned. Women activists should also make it a priority agenda. If we want our future generation to become healthy, we need to promote breastfeeding from now.

The author is Public Health Officer at Department of Health Service, Teku, Kathmandu

All mothers should begin with the belief that their milk is adequate for their child. A child requires nothing other... Read More...

POKHARA, Jan 5: As many as 207 visitors received check-up services at a one-day health camp set by the Nepal... Read More...

Nepse inches up 3.33 points after falling continuously for four days
49 minutes ago