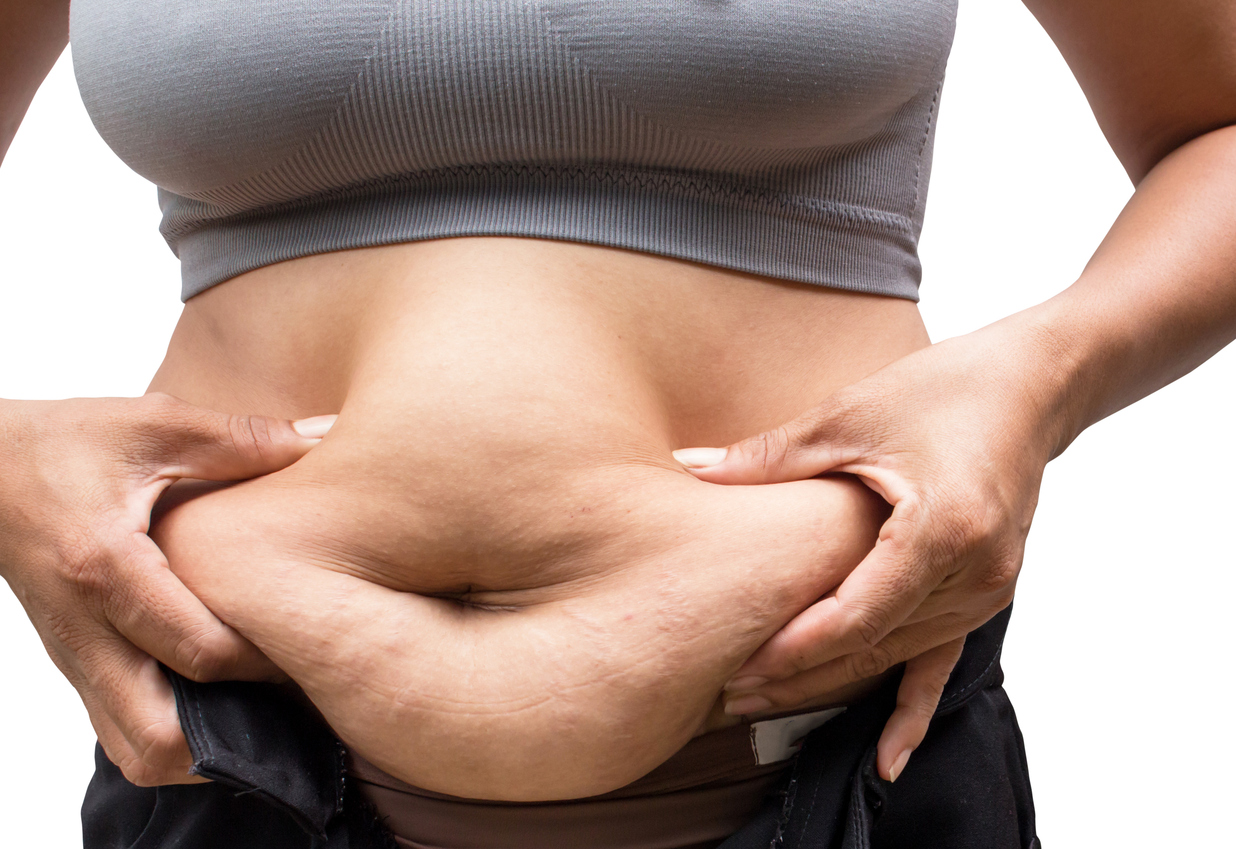 For decades, experts have warned middle- aged women that being overweight or obese could raise the risk of breast cancer. A healthy body mass index was thought to obliterate at least that risk factor.

But now, a new study shows that it’s not so simple, and that postmenopausal women who have belly fat, despite having a “normal” BMI, may be at increased risk for developing breast cancer. That study, which included only women with normal BMIs, found that those with the highest levels of fat in the truncal area had nearly twice the risk of developing invasive breast cancer compared with those with the least amount of fat.

“Just being told your BMI is normal is a bit misleading,” said study co-author Dr. Andrew Dannenberg, a professor of medicine and associate director of cancer prevention at the Meyer Cancer Center at Weill Cornell Medicine in New York. “Plenty of women have a normal BMI, but excess body fat. Now we know that can lead to an increased risk of breast cancer.”

The new findings, published Dec. 6 in JAMA Oncology, help explain how women with no known risk factors might develop the disease, Dannenberg said. “It’s estimated that each year there are 250,000 new cases of breast cancer in the United States alone,” he added. “Previously it was uncertain why a woman who did not have a genetic predisposition would develop breast cancer. We can now say that, in some, unrecognized excess body fat is the explanation.”

Dannenberg isn’t exactly sure how belly fat might lead to breast cancer, but there were some hints in the study. “We did find abnormal inflammatory and metabolic measurements in those high- risk women, such as higher levels of circulating insulin,” he said. “There is a link between high levels of insulin and the pathogenesis of breast cancer.”

To take a closer look at the possible effects of excess fat in women with normal BMIs, Dannenberg and his colleagues pored over data collected by the Women’s Health Initiative, which followed women for a median of 16 years, tracking changes in their health. The researchers focused on the records of 3,460 postmenopausal women aged 50 to 79 who had a normal BMI and whose body composition had been determined with dual-energy X-ray absorptiometry scans, which measure the amount of bone, lean mass and fat in the body.

By the end of the study, 182 women had been diagnosed with invasive breast cancer. When the researchers compared the women with the most body fat with those with the least, they found a big difference when it came to the risk of developing invasive breast cancer. Women with more body fat were 1.88 times as likely to develop the cancer compared with women with the least fat, after accounting for factors such as age, educational level, race, ethnicity, age when a first child was born, hormone replacement therapy, alcohol intake and smoking. It also mattered where women stored their fat. Those with the most trunk fat were 1.89 times as likely as those who had the least fat in this region to develop invasive breast cancer.

Dannenberg and his colleagues also found that women with more fat had higher levels of substances that are markers for inflammation and insulin resistance, including higher levels of insulin, C-reactive protein, white blood cells, interleukin 6 and leptin.

Those measurements may help explain why normal BMI women with higher levels of body fat are at greater risk for breast cancer, said Dr. Charles Shapiro, a professor of medicine and director of translational breast cancer research at Mount Sinai Health System in New York.

Researchers have known for decades that overweight and obesity are risk factors for getting breast cancer and for having a worse prognosis, said Shapiro, who was not involved in the new study. “This study provides a new wrinkle,” he added. “It stands to reason that it would be true that if you have more fat, despite being normal weight, you would have a higher risk of breast cancer.”

It’s also known that “higher fasting levels of insulin are associated with a greater risk of getting breast cancer and a worse prognosis,” Shapiro said. “Tumors are rich in insulin growth factor receptors. It’s a well-known mechanism: you stimulate breast cancer cells with insulin and they grow.”

The new findings don’t mean that we should throw out BMI as a risk factor for breast cancer, said Dr. Kala Visvanathan, a professor of oncology and epidemiology at the Johns Hopkins Kimmel Cancer Center. “But they do add important nuance showing that BMI alone is not enough,” said Visvanathan, who was not involved in the new research. “And for someone who feels reassured because they have a normal BMI, this may be saying, 'You need to work on shifting [where you carry] your weight.’ ”

You don’t need a DEXA scan to know whether your excess pounds are piling up in the wrong places, experts said.

“If you look in the mirror, you can see if the fat is concentrated in your middle rather than your chest and legs,” said Dr. William Gradishar, a breast cancer specialist and a professor of medicine at Northwestern University. “You don’t need to be a fashion editor or scientist to see that.”

Postmenopausal women who have some belly fat and want to lower their risk of breast cancer should make sure to do some weight-bearing exercise, said Dr. Deanna Attai, a breast surgeon and an assistant professor of surgery at the David Geffen School of Medicine at the University of California, Los Angeles. “We already know that exercise is an independent protective factor against breast cancer. We also know that it helps lower insulin levels and inflammatory mediator levels.”

Basically, Attai said,” fat is bad and muscle is good. Remember, exercise is not just about weight loss, especially after menopause, when the normal aging process is for muscle mass to decline. You have to work to maintain it.”