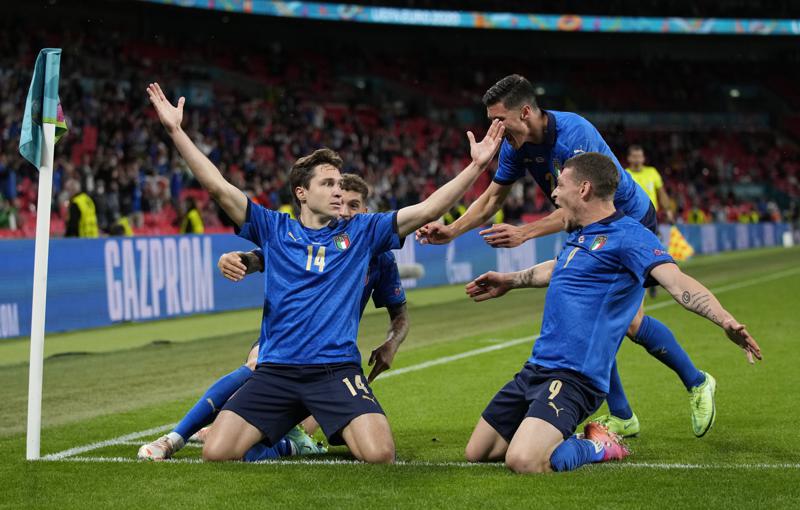 MUNICH, July 2: Belgium’s leading scorer at the European Championship is no stranger to Italy’s veteran defenders.

They all play in Serie A.

Romelu Lukaku will likely be the main attacking threat when Belgium takes on Italy in Munich on Friday in the Euro 2020 quarterfinals. The Inter Milan forward has scored three goals in his team’s four victories so far.

And with Kevin De Bruyne and Eden Hazard both doubtful for the game, Italy captain Giorgio Chiellini and teammate Leonardo Bonucci — both defenders at Juventus — will know just who to focus on.

“We’ve got a lot of respect for Lukaku because he had a great season for Inter, and all campaign long we’ve witnessed just what a match-winner and a big player he’s become,” Chiellini said of Belgium’s record scorer on Thursday. “I think it would be doing a disservice to Belgium if we were simply to say that Belgium was all about Romelu Lukaku because they’ve got quality players all over the pitch.”

Belgium, which is trying to win its first major soccer tournament three years after a third-place finish at the World Cup, hasn’t lost in 13 games and is the top-ranked team in the world. The Italians haven’t been beaten in a national team record 31 matches, though they were taken to extra time by Austria in the round of 16.

“It’s a nice challenge to beat them after a run of 31 unbeaten games. I estimate the odds 50-50,” said Belgium midfielder Thorgan Hazard, Eden’s younger brother and the scorer of the only goal in the team’s 1-0 victory over Portugal in the last round. “It’s an advantage that we didn’t have to play extra time.”

Both teams won all three of their group matches, and with France, Portugal, the Netherlands and Germany all eliminated from Euro 2020, the winner in Munich will certainly be among the favorites for the title.

“We must continue to believe in ourselves,” Italy midfielder Jorginho said. “The most serious mistake would be to think that we’ve already done something great.”

Neither De Bruyne nor Eden Hazard’s injury worries are new. De Bruyne fractured his nose and eye socket in a collision with Chelsea defender Antonio Rüdiger while playing for Manchester City in the Champions League final, but the latest issue is a ligament problem in his left ankle sustained after a tackle from Portugal midfielder João Palhinha in the round of 16.

“I don’t know if De Bruyne will play in the game, but he’s definitely a player who makes the difference, with a higher-than-average football intelligence,” said Jorginho, a Chelsea midfielder who plays against De Bruyne in the Premier League.

The injury-prone Hazard was also taken off early against Portugal with a soft tissue injury in his leg. Belgium coach Roberto Martínez said Thursday that both players still hadn’t trained with the rest of the group and a decision on their availability against Italy will only be made before the game.

“We all know that we are fighting against time,” said Martínez, adding if they can’t make Friday’s game, the goal is to “get them fit for the next few games.”

Belgium has only beaten Italy once before in a competitive game — in the 1972 European Championship quarterfinals.

Italy coach Roberto Mancini said Thursday his team will play as it has so far.

“We could tweak a few things as the game wears on, if things don’t go according to plan, but we have a certain style of play. Belgium do, too, and I’m sure that it will be a wonderful game of football. I think that’s ultimately what matters,” Mancini said. “And the winner will be the team that commits fewer errors because in fixtures such as these, one mistake can settle the game.”

The winner will play either Spain or Switzerland in the semifinals at Wembley Stadium in London.

LYON, France, June 14: The jubilant scenes were reminiscent of Italy's triumph at the 2006 World Cup after the final... Read More...

KMC to run free ambulance service during Dashain
8 minutes ago