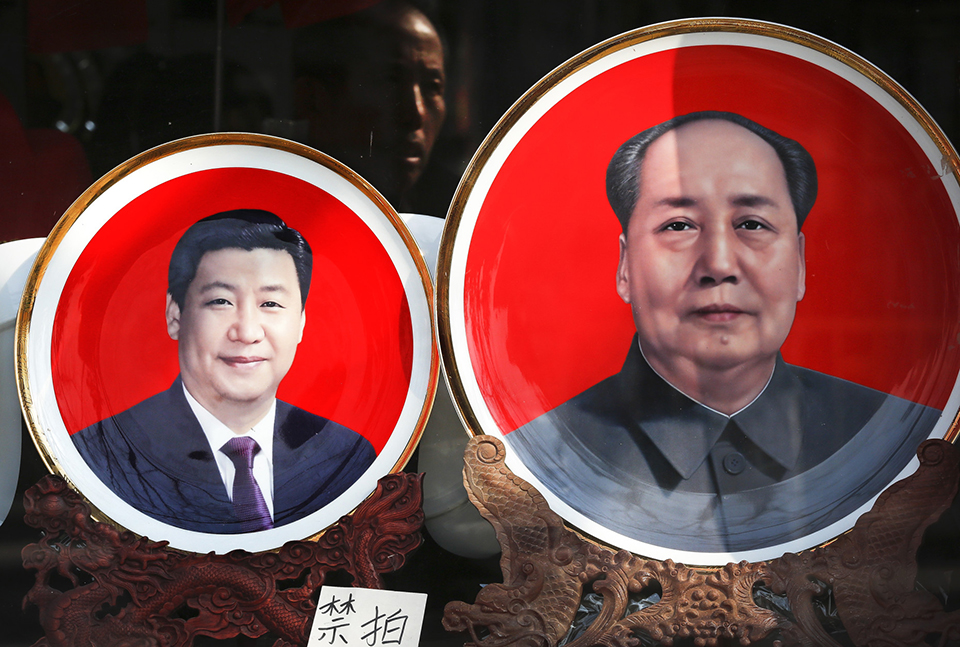 The western press and those influenced by it have a hard time accepting that good leaders do not need to be chosen through a popular vote.

Our idea of leadership is shaped by western propaganda and tradition. We are made to believe that the systems that are different than the one preached and promoted by the western world are nothing but brutal dictatorships. This argument is a dangerous one, because it makes us view North Korea, Zimbabwe, Russia and Chinese systems as the same. It is a simplistic argument that completely overlooks the idiosyncrasies of each society and system. As Robert Kaplan once argued, just as not all democracies are the same, not all “dictatorships” are the same either.

These days China is all over the news all over the world. The Communist Party of China (CCP) has, as was expected, endorsed the second term for the Xi-Li team. Nothing extraordinary about it. But what is indeed noteworthy is that his vision to “strengthen China” by not “forgetting the original aspiration” is now firmly enshrined in the party charter, thus elevating Xi Jinping to the same status as Chairman Mao and Deng Xiaoping, again as has been widely reported. While these two leaders, Mao and Deng, may have their shortcomings, and you may view them as brutal or pragmatic, one thing you have to admit is that they both hold special place in modern Chinese history.
Just as a propaganda song from the Mao-era goes, ‘If there was no Chairman Mao, there would be no new China’. And without Deng, China today probably wouldn’t be what it is today—a confident, rich and militarily strong country. Despite the “democratic wave” taking over the world, outsiders have a very hard time understanding why the CCP is pinning all its hope on one man by further strengthening his powers.

The western press and those influenced by it, have a hard time accepting that good leaders do not need to be chosen through a popular vote. In fact a leader chosen by a different system may surpass in popularity and efficiency someone chosen by the general public. Therefore, we are again made to believe that continuing survival of the CCP and Xi’s prominence both have more to do with the state’s ability to nip any opposition in the bud than its popularity. The flaw with this argument is that it implies that the CCP employs harsh and brutal methods to stay in power.

This is not to say that it doesn’t, it does, but the absence of any real popular revolt against the system despite the deep penetration of digital technology in Chinese society should also make us ask: If the system is indeed that brutal and repressive, why have there been no popular revolts to overthrow the system? A billion-plus people can’t be silenced into submission forever. Even before the west and its democracy, Confucius stressed the right of the people to overthrow the dynasties that didn’t act according to their wishes. As a result, revolts against brutal and unpopular governments are nothing new for the Chinese. History is full of such examples and the rebels are enshrined as heroes in popular classics.

According to the western liberal thought, leaders are there to serve you. But for the Chinese, leaders are there to guide you, just like your father. The father loves his children, children respect him and at times he may use force to discipline you. So long as he does what is expected of him and you do the same, there is harmony; if not, chaos. Another important aspect of Chinese society is strong family ties and hierarchy. Respect is not earned, but expected and in the imperial China, “according to the law patriarch could sell his children into slavery or even execute them for improper conduct.” (See: John King Fairbank’s The United States and China, Fourth edition, 1983).

And that difference in perception explains why the majority of Chinese do not yearn for a western style democracy yet and why they view crushing of dissent very much as parents punishing the unruly kid to avoid chaos, something perfectly acceptable in Chinese society.

Father Xi, or as he is popularly called, Uncle Xi, is doing what is expected of him. He is clean, and he is assertive of his country’s interests and he hopes to further strengthen China to avenge the international humiliation it suffered for almost a century. The communist party was looking for a hero to save it because it knows it is weak due to scandals and formation of various cliques within the party and the moral bankruptcy of its members. It needed a strong man to clean up the mess and in Xi it saw just the leader who could do it. It knows people won’t remain quiet if Xi fails, but the party is super-confident that he won’t, therefore, it has no problem making him more powerful.

How we see it

A strong China runs counter to the West’s interests, and continuing survival of CCP has made many third-world countries destroyed by the liberal democracy actually look up to the Chinese model with awe. This makes not just wary of its security interests but also of its moral and ideological prominence. China is on its way to gaining its rightful place in the comity of nations.

Therefore, if you are a foreigner, you have reasons to be fearful of China, and the news reports you read will make you wary of its intentions; but if you are a Chinese, then you have many things to be proud of it these days. And this is yet another aspect that is absent in foreign news reports on China and Chinese politics these days. Of course, propaganda is partly to be blamed for shaping the public perceptions in China, but to believe that Chinese like their system because they are gullible also makes no sense. It is again a rather simplistic argument used by western analysts to hide their own lack of knowledge on China and its society.

Today’s Chinese people travel abroad and communicate with foreigners. The new generation speaks English, and they know how the west and the rest view their country. Many of them have a readymade answer if you ask them why the CCP is still in power. The answer is: You foreigners don’t understand China. It sounds harsh and rude, but maybe if you put your ego aside, it makes perfect sense. Maybe we don’t because of our biases and the liberal propaganda that we have been subjected to for years.

Maybe this is why some analysts like Gordon Chang get it wrong when they predict imminent fall of the CCP. It is about time we accepted that things are working for the Chinese and they are happy with what they have.

One thing is certain though, Xi is now the party and the party is Xi. Therefore, being Xi is not easy. He has to be tough and soft, pragmatic and nationalist, and a strict upright father —all at the same time. He is an actor who plays 20 different roles in the same play. Let us hope he will be able to pull it off. The show’s success hinges on him and he will be held responsible if it bombs, too.

The author, who writes on foreign affairs, has lived in China for six years