Behind bars and beyond 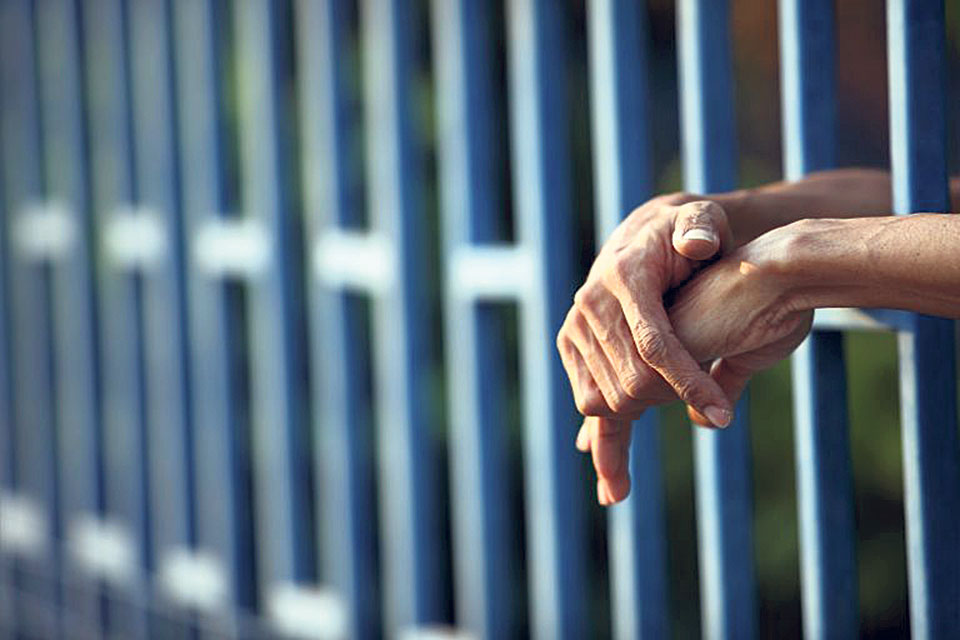 Mahesh Shah* was tricked by a ‘friend’ and sentenced to seven years in jail on a drug possession charge. He has served his term and is now a free man but, in his case, being free comes with its fair share of baggage. Though, now at 38, he works as a laborer and has a loving family, he confesses that his days out in the world hasn’t been much better than the time he was in jail.

“I’m thankful my family knows the truth and doesn’t treat me like a criminal. Otherwise, life would have been hell,” says Shah adding that our society looks down at those who have been in prison. “And though they might be justified in doing so, you also have to let them forget the past and move on, especially when they have already been punished for their crimes,” he adds.

A family whose eldest son has recently been imprisoned laments the fact that the entire family has to pay the price when someone commits a crime. The younger brother of the imprisoned man says that he has to put up with a lot of hurtful comments and snide remarks from the neighbors and relatives. His parents, on the other hand, are concerned that their younger son might be labeled as ‘the brother of a criminal’ and thus be robbed of many opportunities.

“Going to prison is stigmatizing. I sometimes think the situation wouldn’t have been this bad had we prevented him from being punished for his crimes,” says the father who didn’t want to be named. He adds that the family had decided to shame their son for driving recklessly under the influence of drugs and wanted him to learn from his mistakes so they didn’t even hire a lawyer to plead his case. Now, on hindsight, he says that doesn’t seem like such a good decision after all.

However, Shah, on the other hand, mentions that life in prison can definitely teach you a few lessons. He believes it’s a time you can contemplate about your wrongdoings and strive to lead a better life once your jail-term is over. But he also quickly adds that life in prison is one of extreme struggles and hardships.

“Besides other prisoners wanting to know what you have done to land up in jail, there’s also the fact that you are behind bars and the concrete too can feel really cold when you are caged in,” says Shah explaining that meeting his family in jail did nothing to make him feel better because he was constantly plagued by the fact that he had somehow wronged them.

“I was allowed to meet my family three times a week but I dreaded these visits. I didn’t like the fact that they had to set foot in a prison because of me,” he says.

Shah’s days in prison were spent making Nepali handicrafts such as necklaces, Dhaka topi, and small wooden chairs. He used to earn around Rs 900 every month. He was also given Rs 45 and 700 grams of rice every day. Additionally, Shah used to help the nurses there clean the medical ward as well.

“There were a lot of prisoners at the jail I was put in and the overcrowding made it very difficult to keep the place clean and hygienic,” he says.

The condition when a woman is jailed is even worse, says Dr Narayan Kaji Shrestha, executive director of Prisoner’s Assistance Mission (PAM), an organization that works to rescue children whose mothers have been imprisoned.  The stigma of growing up in prison is something many of these kids will never learn to deal with. “After all, you will always be tagged a prison kid,” he says.

According to Shrestha, when men go to jail, the women take care of their families and there’s not much hassle on the family front. But when women go to jail, most of the times they have to take their babies and kids with them. He further explains that one does have the option of letting their relatives take their babies, or putting them up for adoption (in case of longer sentences) but, more often than not, the mother ends up taking the baby with her.

“None of the prisons in Nepal are capable of handling children and their needs,” says Indira Rana Magar, founder of Prisoner’s Assistance Nepal (PA), who has 28 years of experience in working for the welfare of prisoners and their families.

“And children sometimes live inside the prison walls for years though there is a rule that you have to hand them over when they turn two. But sometimes the child has no one to look after him and stays on in the prison,” adds Shrestha further explaining that this happens despite there being 17 different organizations and orphanages to deal with this issue.

That’s not to say that these institutions aren’t doing all they can. Shrestha mentions that when they get the information that a jail has children inside, they schedule a visit and see if they can organize a daycare system inside the jail premises itself. Alternatively, there are also organizations that take these children and care for them while their mothers serve out their jail terms.

“There are more than 70 prisons in Nepal and thousands of prisoners live there, many with kids. One can imagine how the jail environment might affect a child’s physical, moral, and mental well-being. But it’s not just that. The stigma of having grown up in prison is something that will always be there,” he says. And it’s not just that a jail isn’t a place to raise children because it lacks basic provisions like good balanced diet and education, but there is also the risk of contracting contagious diseases like many skin problems and HIV which they will have to live with for the rest of their lives.

Magar says that, apart from the fact that prisons are overcrowded and thus badly managed, in the past there have even been many cases of sexual abuse at various prisons. Similarly, there aren’t proper health facilities at what barely pass for hospitals inside the jails as well. There might be schools inside some prisons but most of them are only for adult prisoners, and not for children.

Even though there are several organizations working to rescue children from prison, the problem does not end here. According to Magar, the backgrounds of these organizations go largely unchecked and there have also been cases where children have simply been taken from the prisons to be dumped on the streets or, worse, sold off into prostitution and such.

Shrestha, executive director of PAM, echoes Magar’s sentiments when he says that they is a dire need to address this issue as it will only lead to social ills in the future. He adds that children of prisoners often become antisocial and pick up bad habits as they grow up. Shah also attests to this and says that since the society makes it difficult for those who have been to prison to resume normal lives, people can get frustrated and feel like there is no need to follow rules and regulations.

“The stigma prisoners have to deal with might not be something that anyone can do anything about but at least innocent children can be spared that ordeal if the issue is given the importance it warrants,” he concludes.

Earning behind the bars