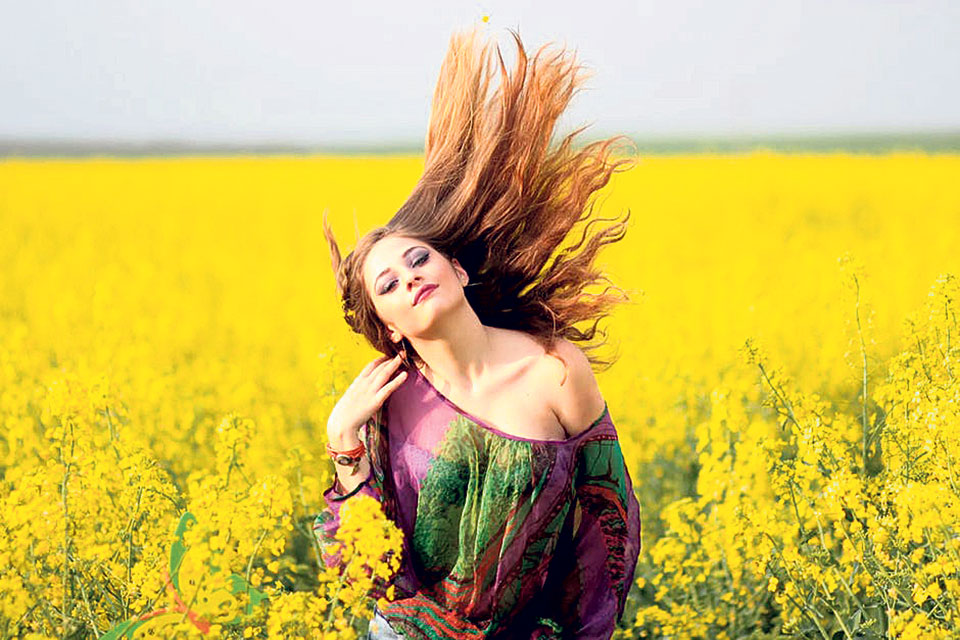 A canvas devoid of any work, no matter how spotless the blank canvas is, isn’t art. Not even an art connoisseur can pass it off as anything but simply a boring piece of canvas. It is because it is untouched and thus has nothing to convey. A plain, spotless face is like that of a blank canvas, it can tell you no stories of days lived, hardships endured or laughs shared. But a face lined along the eyes tells you of times of laughter and joy. The lines along a mother’s mouth cries of hours she has spent nursing her ailing child. The swells of an old man’s wrinkles sing of a lifetime of memories, of love and friendship, of good times and bad, of hardship and hard work. Akin to a canvas, a marked face is one that has lived.

For it is through these that life tells its tales.

The term ‘beauty mark’ emerged as a euphemism to moles and marks that were for long considered blemishes or deformities. We have upgraded from a society that frowned upon such marks to one that accepts or even admires them.  Perhaps we have renowned personalities to thank for this (Yes, you Cindy Crawford and Marilyn Monroe) or even just religion. Lord Vishnu’s many incarnations are all said to have been marked by moles. Mohini, the only female Vishnu avatar, cited as a beauty of unimaginable proportions, who deceitfully coerced the Asuras (demons) to hand over the amrit (elixir) to the devas (gods), is noted to have sported a mole above the left corner of her lip. Her beauty is a legend in itself in the Hindu mythologies and when describing the attributes that made her such a beguiling character, the focus has mostly been her mole.

Shakespeare seemed to have had a liking for beauty marks too. Innogen from ‘Cymbeline’ had a face mole that lent her character an identity. The French, in the 16th century, appeared to love moles. While most of their fashion choices are highly questionable today (six feet tall wigs and garden-sized ball gowns), their preference for beauty mole is particularly interesting. They drew them on their faces, in heart and star shapes for beauty purposes. Often the marks would mask scars or sores from the many diseases they suffered then.

In the times long past, the quest for a fair spotless skin was one taken by all. Nobilities spent fortunes for the attainment of even, pristine skin and any form of mark was frowned upon. But there were the Spartans and the Khagans who goaded on their brown tanned skins for hours spent under the scorching sun while honing their skills. They prided themselves on their slashed backs and battle scars. They were no deformities to them (a lack of would have been). It was their ornament and they wore it with dignity. For them, their scars were their beauty marks and you couldn’t argue otherwise with them.

Beauty marks have accommodated themselves in our culture as well. While the East Asians hid them from view for fear of shame, tribes in Africa tattooed them onto their faces to cure diseases, ward off evil, to pledge affinity to their tribes or to reflect affluence among themselves.

In ancient China, face reading (physiognomy) was the norm. Mothers flocked the outhouses of such readers to learn of the matrimonial prosperity their daughters were fated for or analyze the characters of their would-be daughters-in-law. A mole in the eyebrow indicated wisdom and individual behaviorism, marks on the nose spoke of self esteem and social status while beauty marks on the chin signified endurance, tenacity, work ethic or just wealth in general.

The Arabic, Dutch, Iranian, German, Ethiopian folktales all agreed that birthmarks resulted off the expected mothers’ unmet desires or through their encounters with traumatic episodes. Birth marks, therefore, have always been scorned and unwanted. Called an “irregularity of the skin” by the all-knowing Wikipedia, birthmarks are now considered a deluxe (sans all that is regular) and having them can mean that you are born fortunate. A birthmark on your feet may mean that you are up for great adventures in your time, and a mark on your shoulder blades may well be an indication of a life of a higher purpose.

These interpretations, admittedly, may not be accurate or even in the realms of rationality but they do give you a moment to be glad that you possess one of such ‘irregularities’. It appeals to every person’s desire to want to be original, to not become a regularity. And, God, do we need more of that.

To give everyone the courage to accept their identity, to present everyone a chance to share their story, to accept each as a “not-spotless” canvas, we need more beauty marks. And perhaps we’re getting them too. Monroe piercing is one that has gained quite the steam among the younger crowd. The piercing emulates the celebrated actress’ mole above the lip. Madonna piercing too is of the same kind but on the opposite side. With popular culture being more embracing of these ‘oddities’, beauty marks are no longer euphemisms, they are just that, “beauty marks” – marks that are beautiful.

Laughter is the best medicine! Life comes only once, to make it worth you need to laugh every day. Laughter strengthens your... Read More...

The beauty & the ballet

Alize Biannic is a world renowned ballet dancer. She started training from the age of 10 and also performed in... Read More...