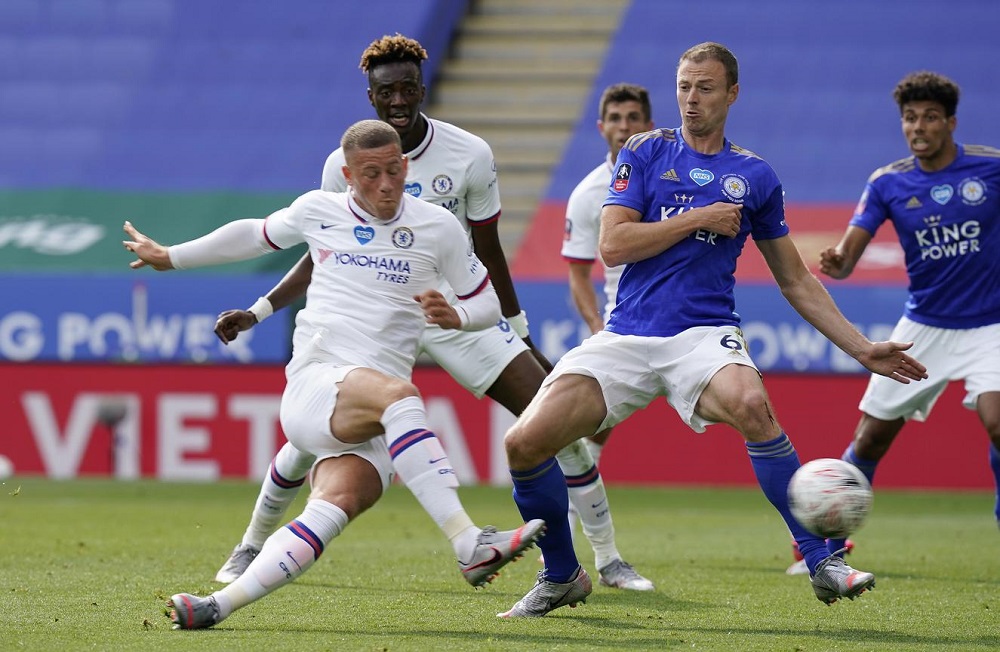 Barkley, one of the three changes manager Frank Lampard made at halftime, slid home the winner in the 63rd minute as the west London side set up a semi-final against Manchester United.

Leicester were the better side before the break and had the bulk of the chances against a lethargic Chelsea, but the visitors were a different proposition after the interval.

Tammy Abraham had a goal ruled out for offside and then Barkley found space in the area to clip Willian’s measured cross past goalkeeper Kasper Schmeichel just past the hour.

Leicester, without the creativity of attacking midfielder James Maddison who was missing with a hip problem, struggled to respond although they did mount some belated late pressure.

Chelsea have been buoyant since the season resumed following the novel coronavirus stoppage, winning both of their Premier League games to consolidate fourth place and they now have a Cup semi-final to look forward to.

Leicester on the other hand have struggled to rediscover their rhythm, drawing twice in the league, and while they are still third, other teams are breathing down their neck.

“It was important to get the win and keep the momentum going,” Barkley said. “At halftime we said it’s not good enough and to be vocal on the pitch, and we improved.”

It was the third of this year’s FA Cup quarter-finals to be won by the away side and how Leicester could have done with the noisy support they usually receive at the King Power Stadium.

They did start the game well with Harvey Barnes having half a chance and Jonny Evans just failing to connect with a header.

Chelsea keeper Willy Caballero did not have much to do, although he did scramble away a Youri Tielemans shot.

Lampard was unhappy and could clearly be heard telling his team to “liven up” in the empty stadium.

Young trio Mason Mount, Billy Gilmour and Reece James all came off at halftime with Barkley, Mateo Kovacic and Cesar Azpilicueta sent on to add some experience.

Lampard was rewarded with a much-improved display.