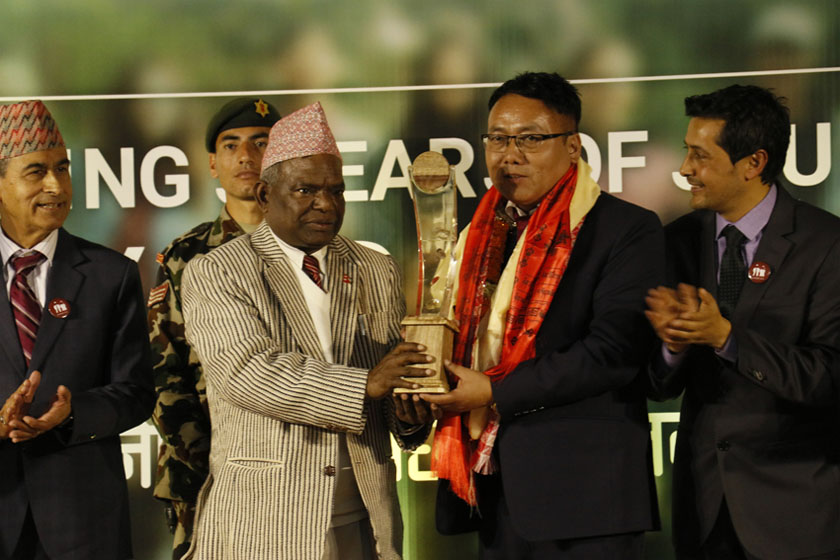 Minister for Federal Affairs and General Administration Lal Babu Pandit conferred the Integrity Nepal Idol title on CDO Kurumbang along with a trophy at a program organized in the capital today.

Kurumbang has been chosen from among the five finalists for the coveted title based on SMS and online voting. A total of five civil servants were in the fray for the title.

Following a nationwide campaign, Integrity Idol had been whittled down to five finalists from 1,062 nominations from across the country.

Embarked on the government service in 1998 ,Kurumbang has already served in seven districts in his capacity as CDO whom the panel of judges describes him as ‘a bold, accountable, honest and popular administrator’.

Talking to Republica Online after receiving the title Kurumbang said, “The honor of Integrity Idol has not only boosted my morale but also held me more accountable to the citizens”. 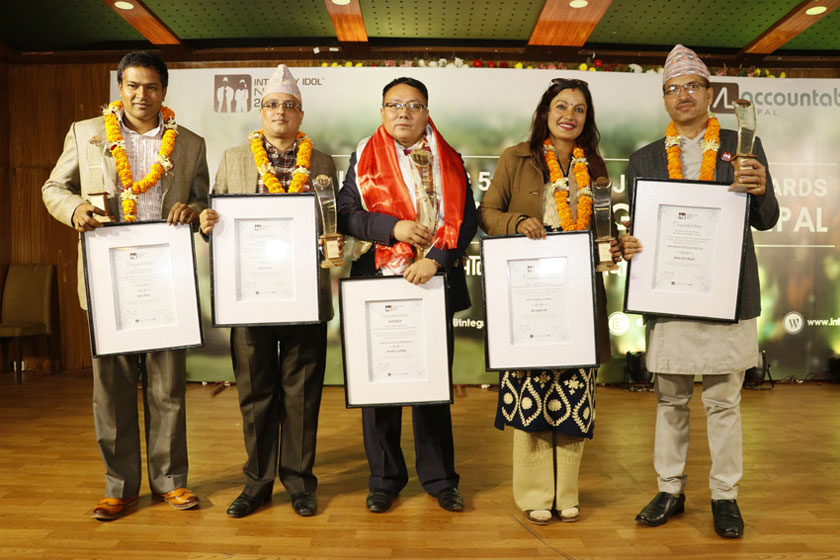 BARDIYA, Sept 18: A deep scary silence has been prevailing in two Tharu villages of Suryapatuwa VDC since Thursday after a... Read More...

All IOM exams for Monday postponed
35 minutes ago

SEE and Grade 12 exams in April and May, respectively
37 minutes ago

Sita Dahal inflicted with COVID-19, kept in ICU
39 minutes ago